The Flutterwave Task had the Housemates hunting treasures and diving into a pool to complete it.

Team Payments Links consisting of Laycon and Ozo have won the Flutterwave Task with a cash prize of one million Naira. Team Invoice consisting of Neo, Vee and Nengi came second and smiled to the bank with 500 thousand Naira. The Task saw the Housemates taking part in a treasure hunt for clue cards before proceeding to play a game of charades with the cards found and finally the Flutterwave Ball Pit Hunt. 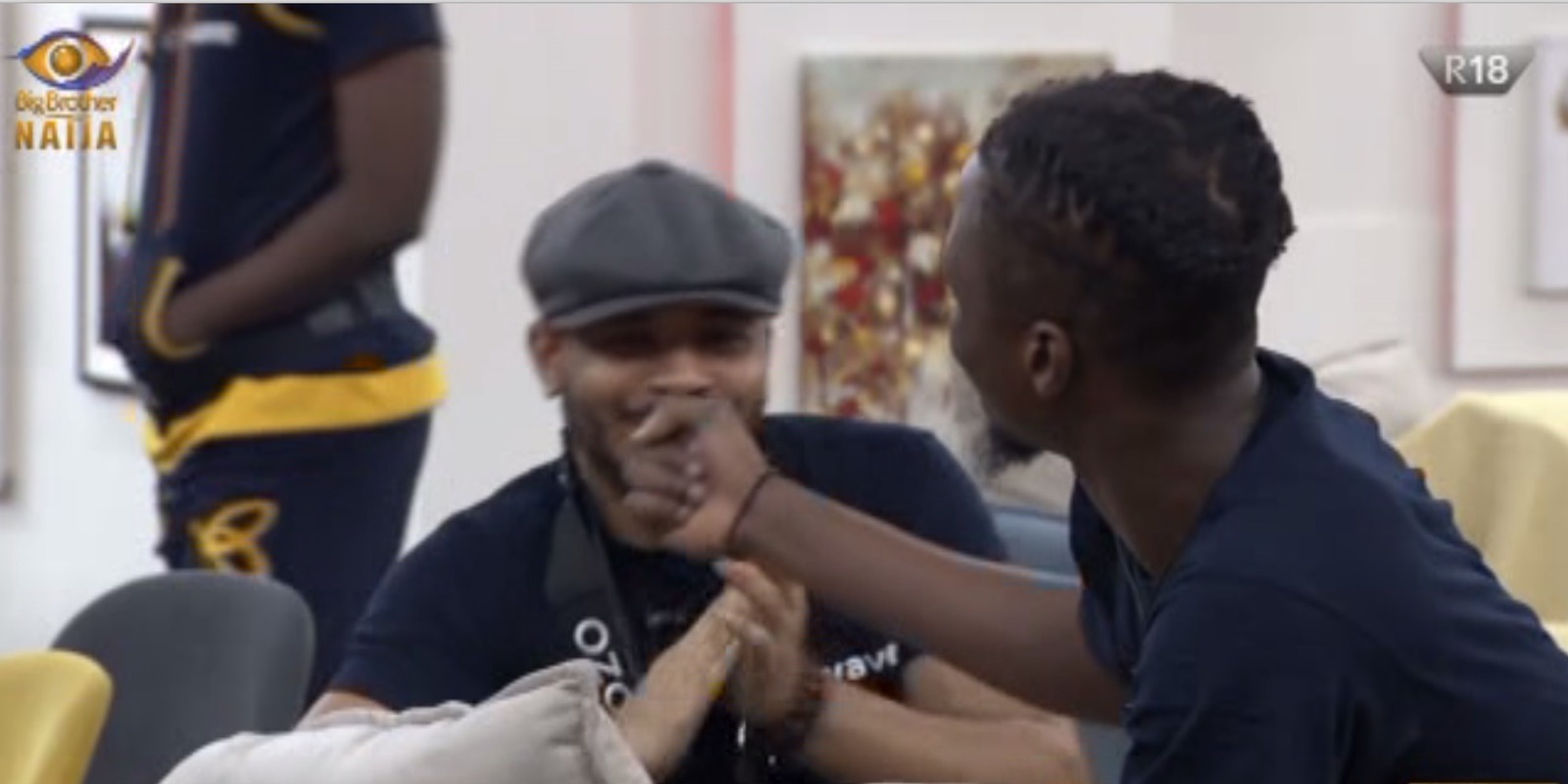 The first stage was for each team leader to search for the cards hidden by the opposing teams. For 30 long minutes, they searched in every nook and cranny hoping to find the cards before the opposing team. The search was mostly futile in the first few minutes as none of them found anything. At some point, Neo got suspicious of Dorathy believing she had re-hidden the card meant for his team that she had found during her search.

He wasn’t the only one suspicious as Ozo and Neo were also suspicious of Neo. Eventually, Neo emerged the lucky team leader who found all five of his team’s clue card first. Seeing Dorathy and Neo couldn’t find all theirs, Biggie in his magnanimous self decided that the team leads be given hints about where their clue cards where hidden so everyone could have a level playing field. 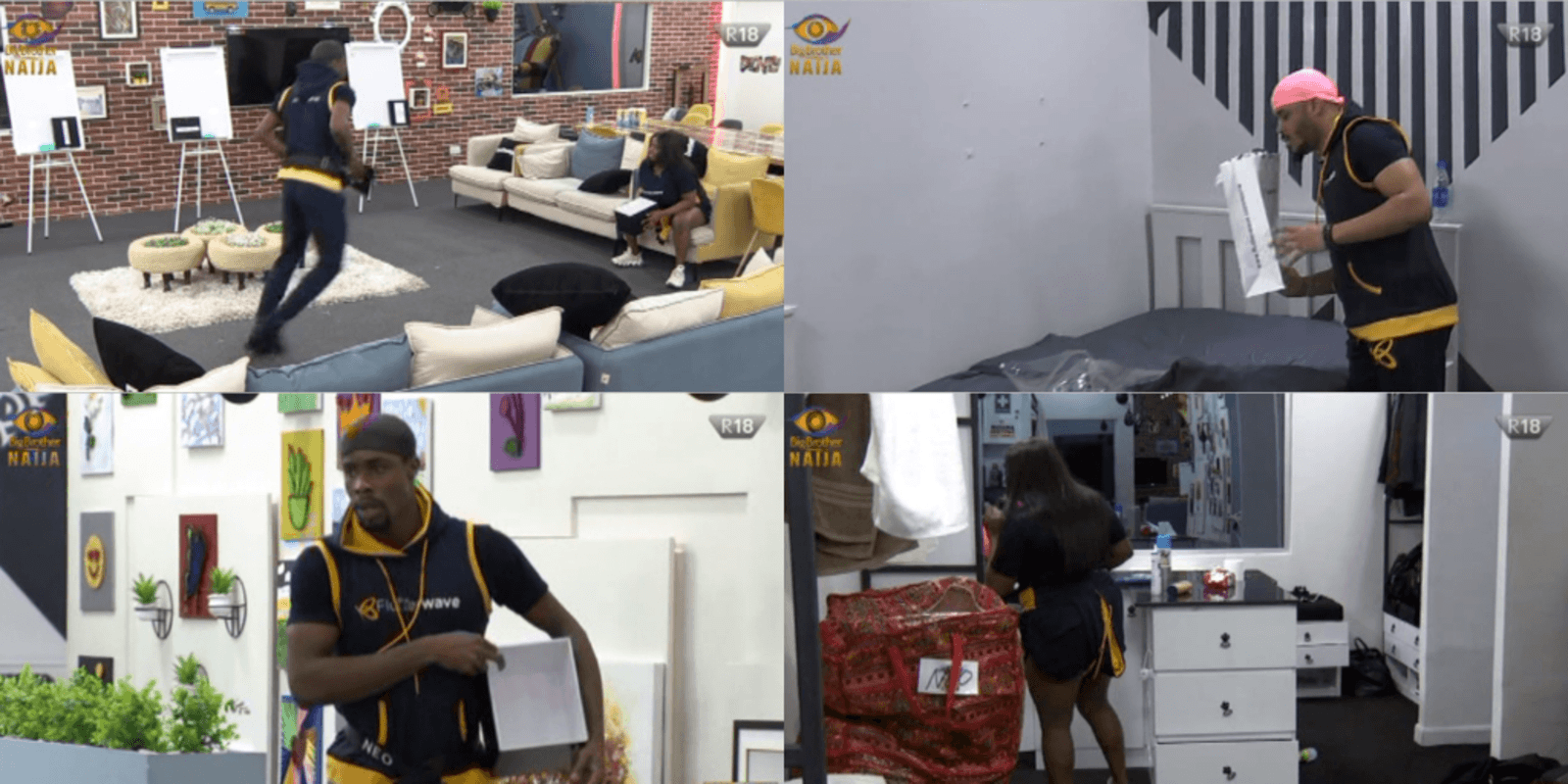 With the cards found, the teams proceeded to play a game of charades. Team Store went first followed by Team Invoice and finally Team Payment Links. The game started a bit difficult till they realized they had the option of talking but not just saying the exact word r phrase and it was a smooth run from there.

Trikytee, Neo and Laycon were nominated by their respective teammates to dive into the ball pit in search of small Flutterwave boxes containing questions they had to answer with their teammates. It wasn’t that easy as the opposing team members were shooting at the Housemate searching for the boxes with water guns. Another twist in this Challenge was that some of the boxes in the ball pit contained booby traps. Finding a box with booby trap meant the team had to take part in an obstacle course that came with five points on completion or five points deducted if they failed it. Team Store was the first to find a booby trap and it was fun watching Dorathy complete it by bursting balloons with her behind. 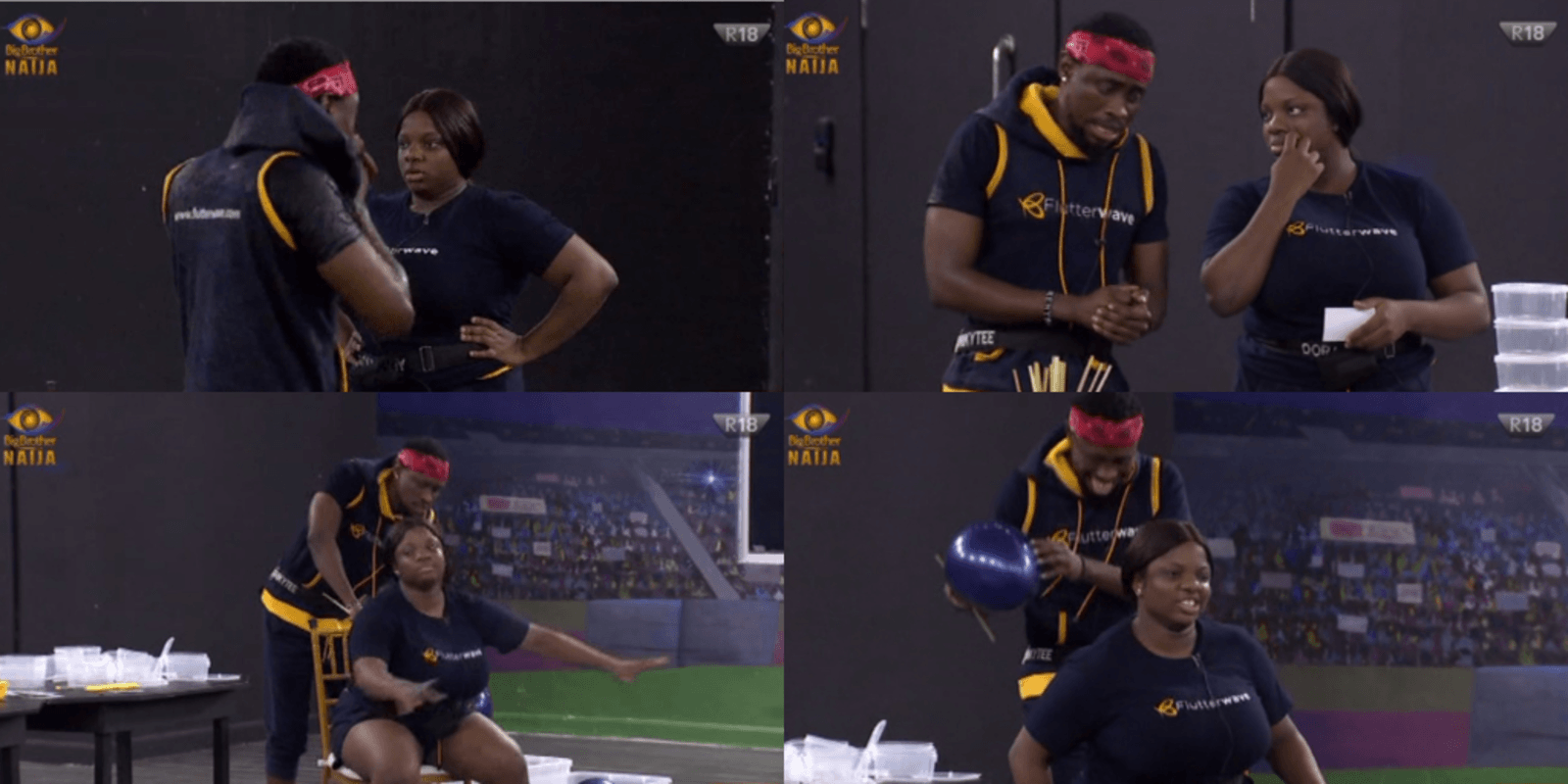 Team Invoice and Team Payments Links went up next searching for boxes and answering them while tackling obstacle courses. 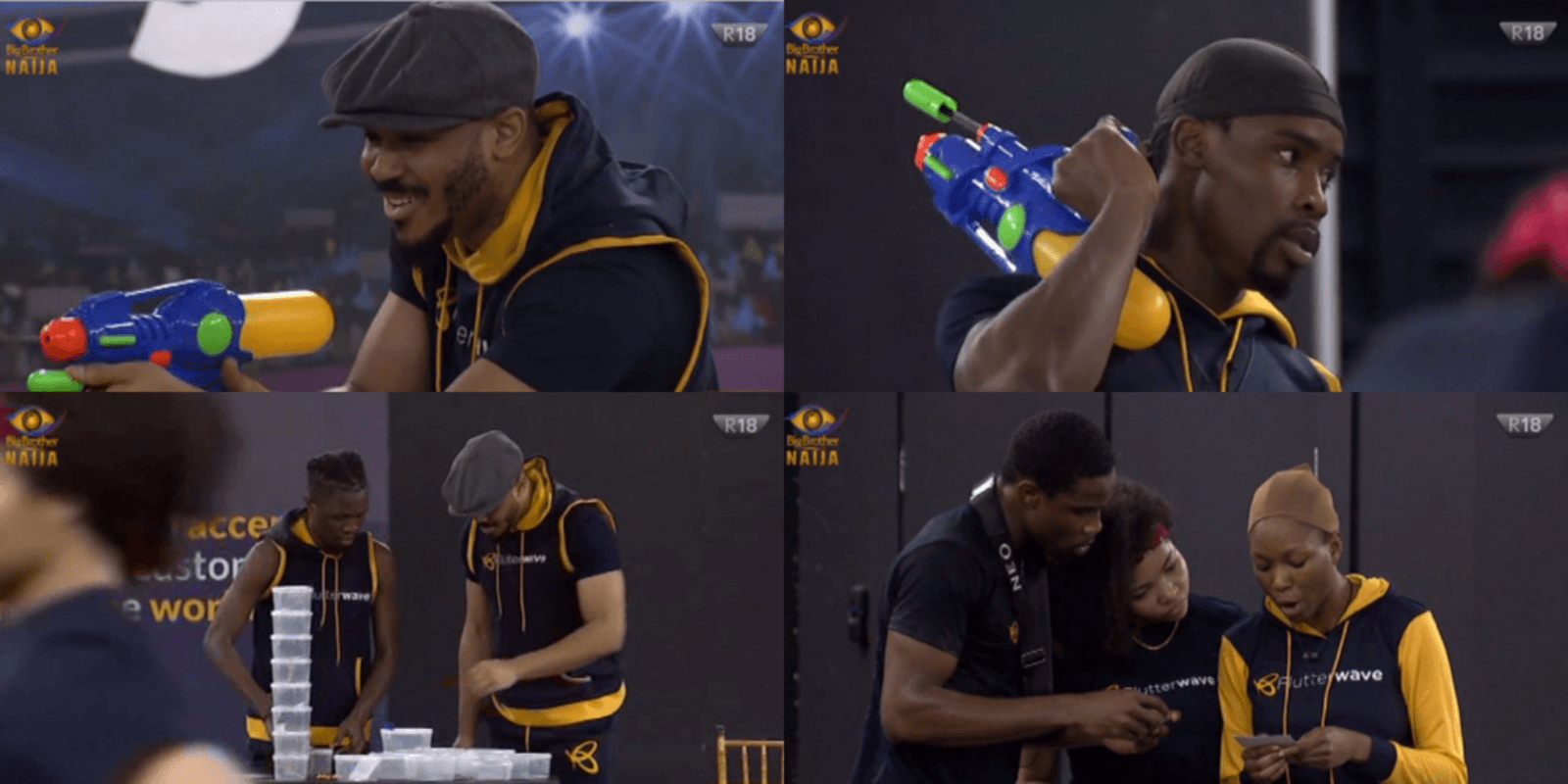 For the first Task, Team Payments Links amassed a subtotal of 18 points while Teams Invoice and Store scored 15 points and 12 points respectively. In the Second Task, Team Payment Links earned 101 points while Team Invoice and Store scored a subtotal of 82 and 75 points respectively. The total points for each team across the two tasks were as follow: Team Store 87 points; Team Invoice 97 points and Team Payments Links 119 points making them the winner.

This win adds to the long list of prizes the Housemates have already won in the House. Here’s hoping they secure even more wins before they all make their way out eventually.

The Big Brother Naija Housemates might be in Lockdown but that does not stop them and us from reminiscing on times we could travel. Here are some of the places they found interesting to experience.

We know the lockdowns across the continent have been hard for many and travel is but a memory for most. That doesn’t stop the Big Brother Nigeria Lockdown Housemates from telling us where their favourite places are to travel across the world. Let’s take a look at the most interesting places our top seven have loved to be and why. 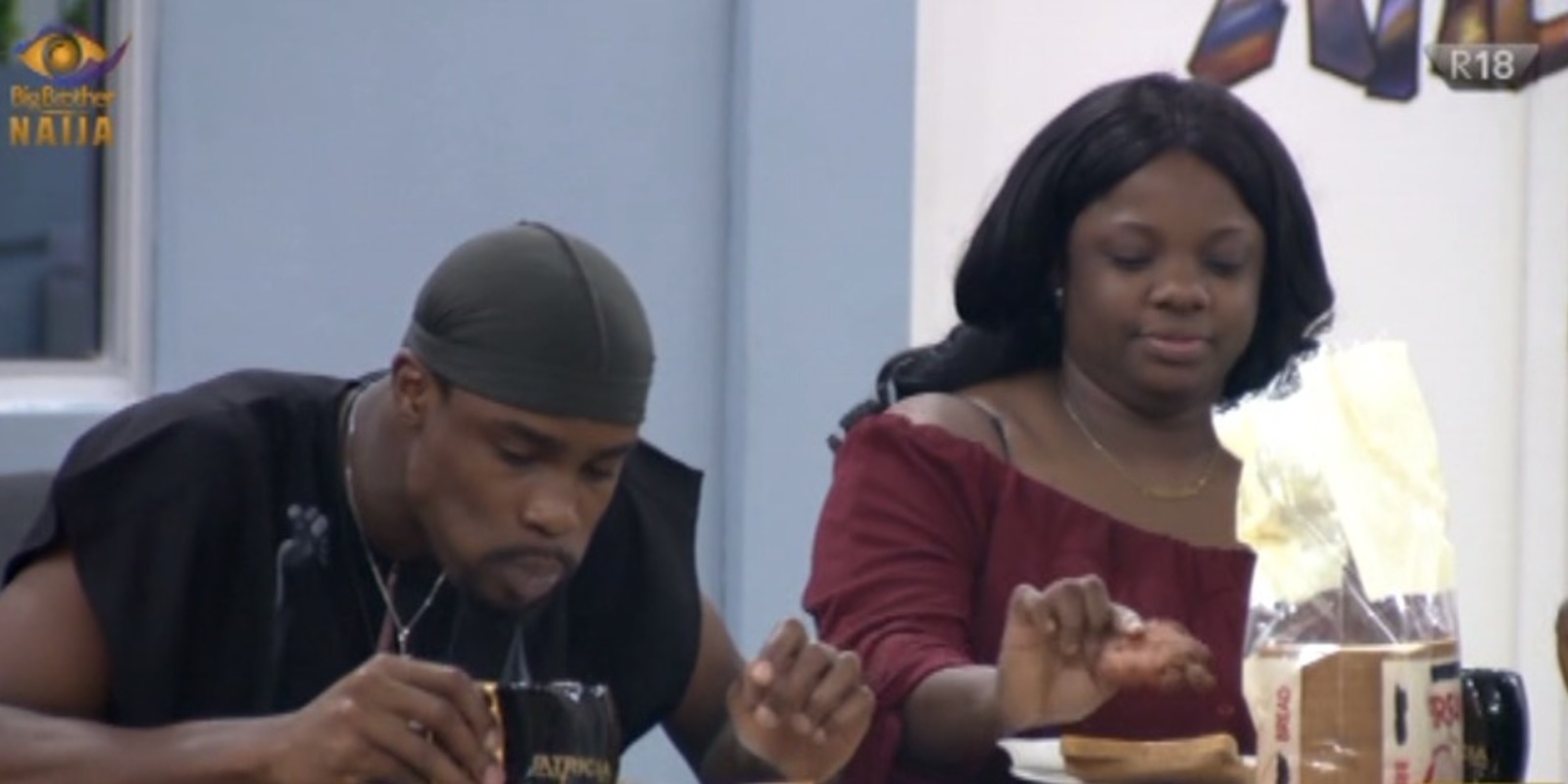 Dorathy’s favourite place to be is Detta, her home town which she doesn’t visit very often. Her last trip was last Christmas describing it as a ‘great experience’. Similarly, Neo loved going to his hometown, saying he felt like a celebrity with all the attention he and his siblings got. Vee loved being in Badagry because it’s her hometown and felt completely different from her usual surroundings.

Laycon said the most interesting place he had been to was the Lagos State Governors residence in 2018, where he actually walked into the compound which he found very interesting. 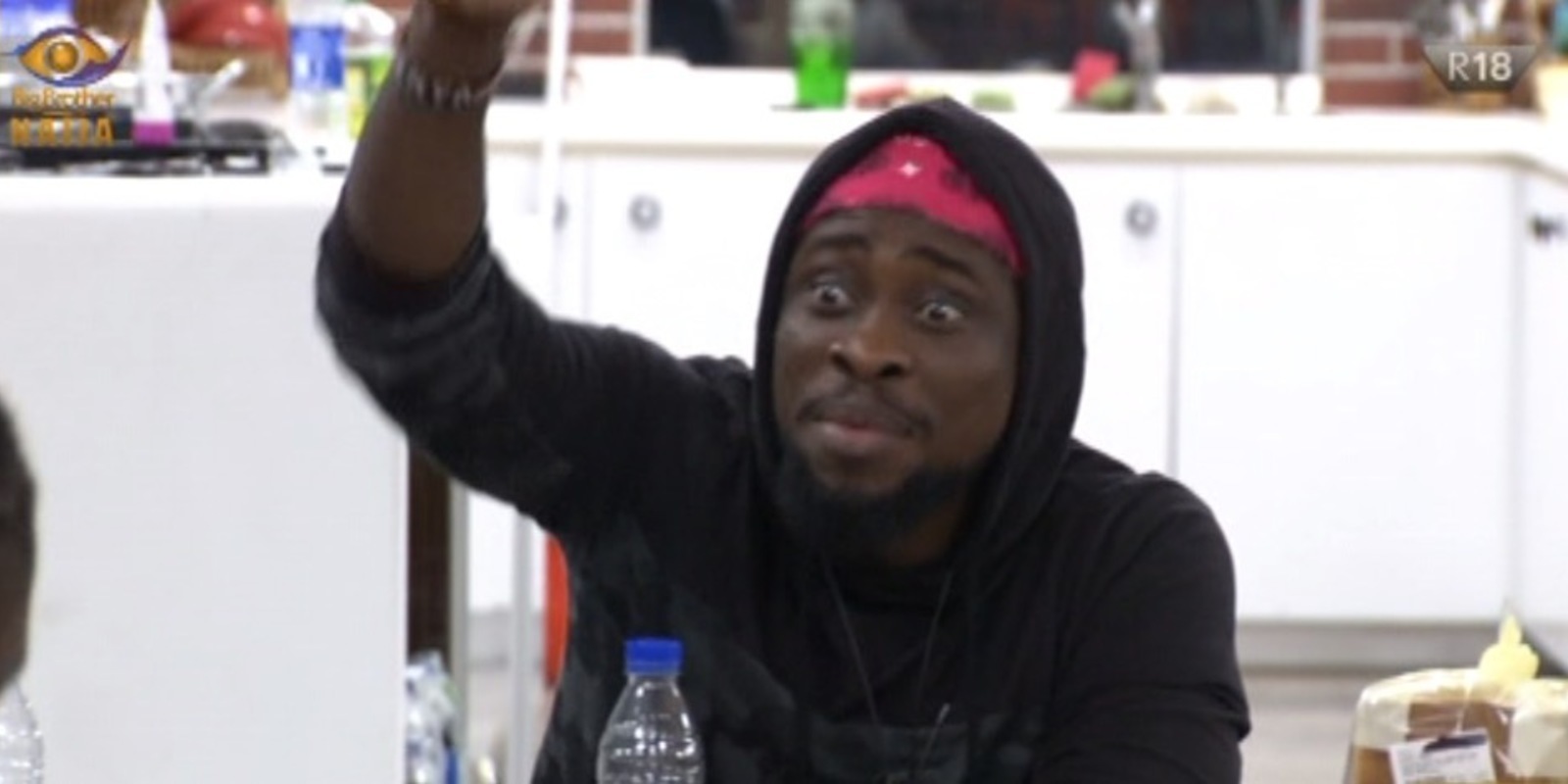 The most interesting place Trickytee said he had ever been to was Cotonou in the Benin Republic. He said he loved the beaches and the friendly people. They have really amazing beaches and friendly people too! Nengi also picked the Benin Republic too. She enjoyed her time on Casa du Papa Island because she visited as part of a party-loving group who would venture onto the beach at night, play games and get drunk.

Ozo said he really enjoyed being in Oslo where he travelled for the annual tech week and was blown away by the technology that he experienced while there.

We are sure it would be great to travel again and wonder, what places are on your list?

After a day of relaxation in the lounge due to the rain, Biggie’s voice rang through the House for the HoH to come to him. She came out with a Flutterwave brief much to everyone’s interest. Flutterwave provides the easiest payment solutions for businesses around the world, who pride themselves in transforming payments in Africa and the rest of the world, here is the breakdown of the day. 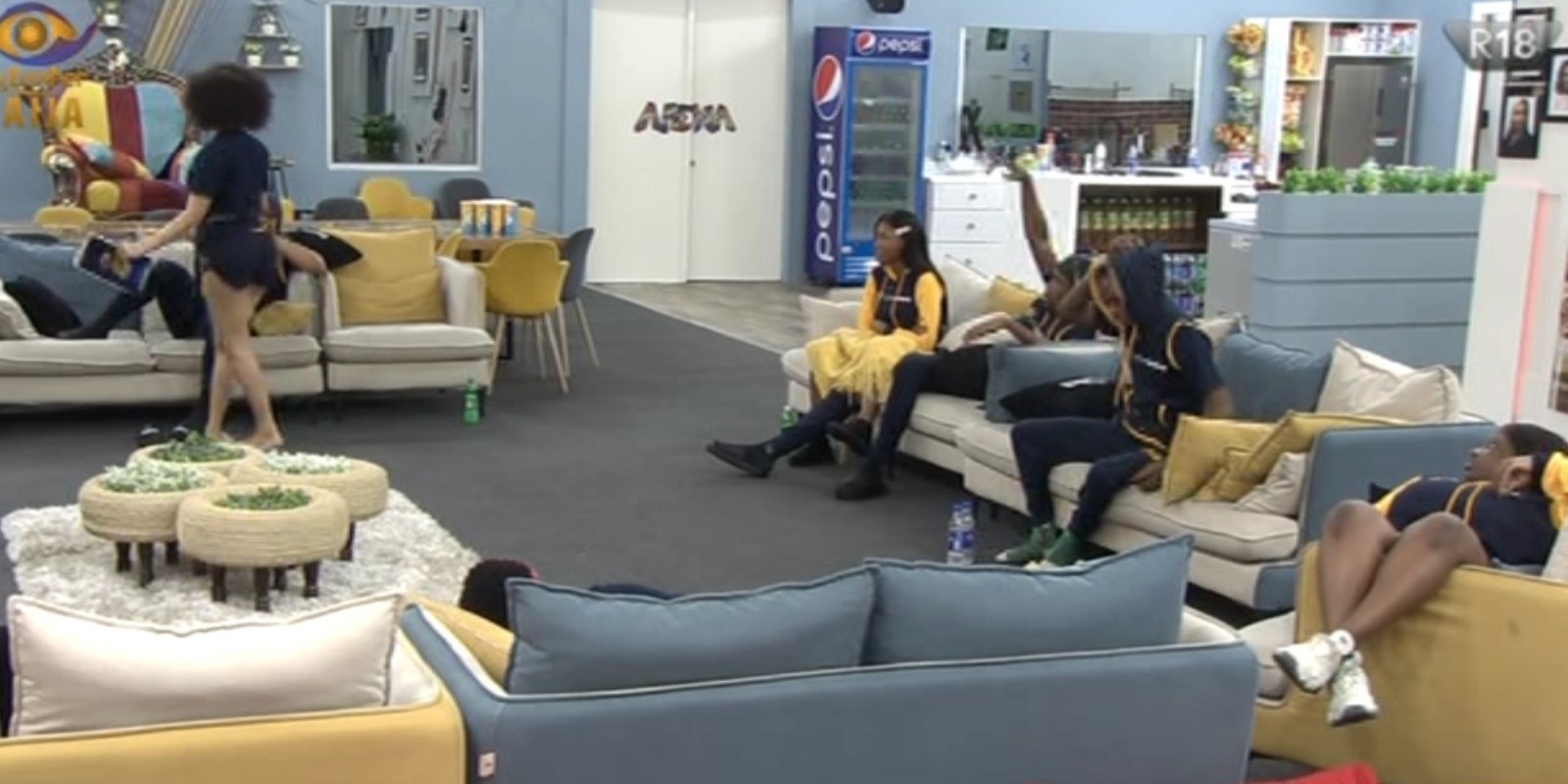 The First task was a treasure hunt where the teams would each have to hide various items for one other team to find the help of clue cards and items that were marked with their team names. The items were all connected to Flutterwave Payments. The breakdown ended up looking like this:

When they were done hiding all the items on their list, the teams were to study a brochure provided by Flutterwave for 30 minutes as they waited to find all the items that they had hidden and to be told what was next on their agenda for the afternoon.

And so we begin!

The teams wasted no time in getting down to the business of hiding the trinkets provided to them and so, the game was finally on.

The post Let’s Catch You Up on What the Housemates were up to on #BBNaija Day 57 appeared first on BellaNaija – Showcasing Africa to the world. Read today!.