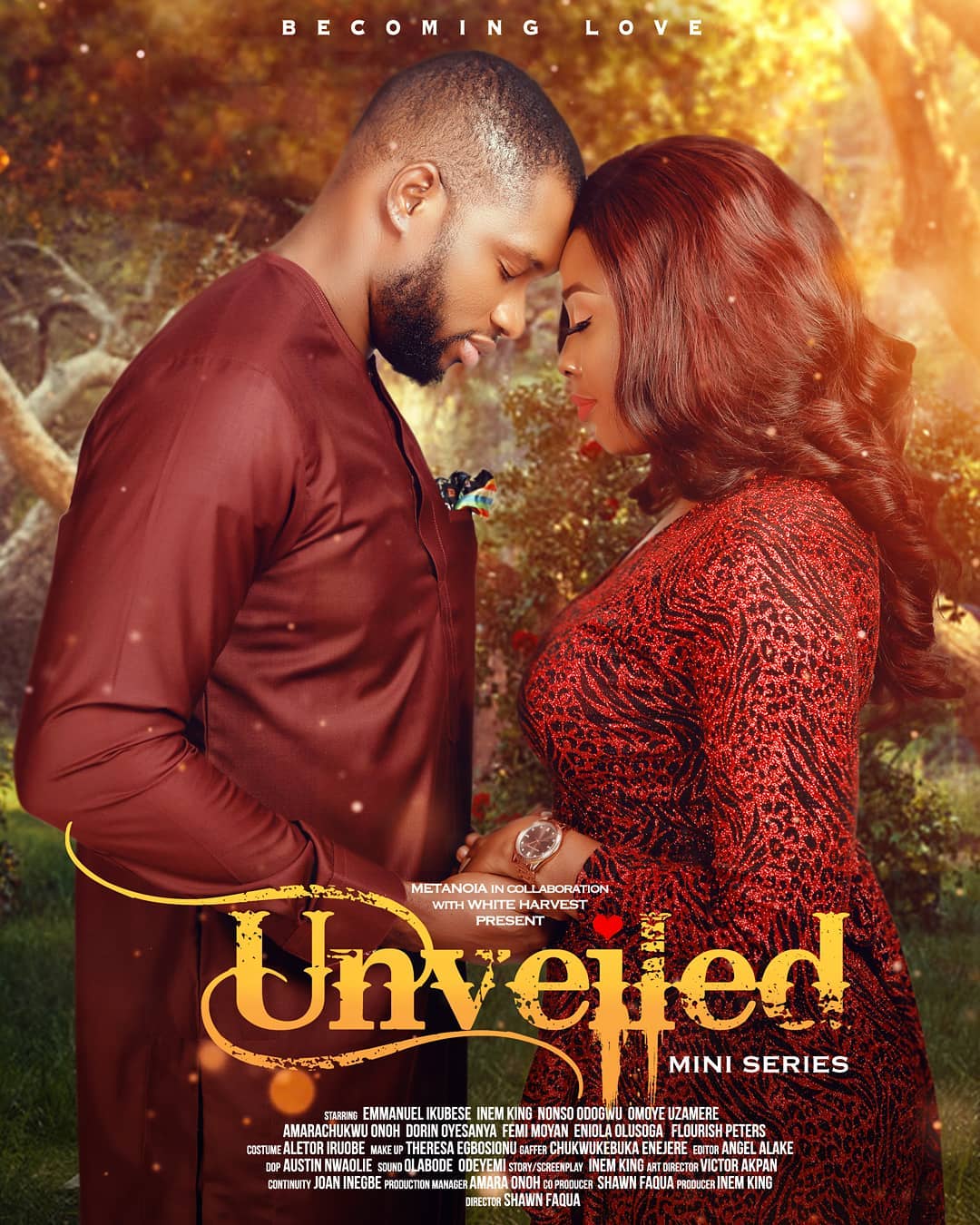 Metanoia in collaboration with White Harvest is getting set to premiere its mini-series “Unveiled“, which focuses on a young married couple and their responses to life’s challenges.

The series is a contemporary interpretation to scriptural imperatives, helping the viewers unlearn misleading theories and learn/re-learn true realities of love. The goal is to bring light, hope and peace to a generation in dire need of divine realignment and direction.

Written, produced by Inem King and directed by Shawn Faqua.

The post A Thrilling Mini-Series “Unveiled” starring Emmanuel Ikubese & Inem King is on the way appeared first on BellaNaija – Showcasing Africa to the world. Read today!.