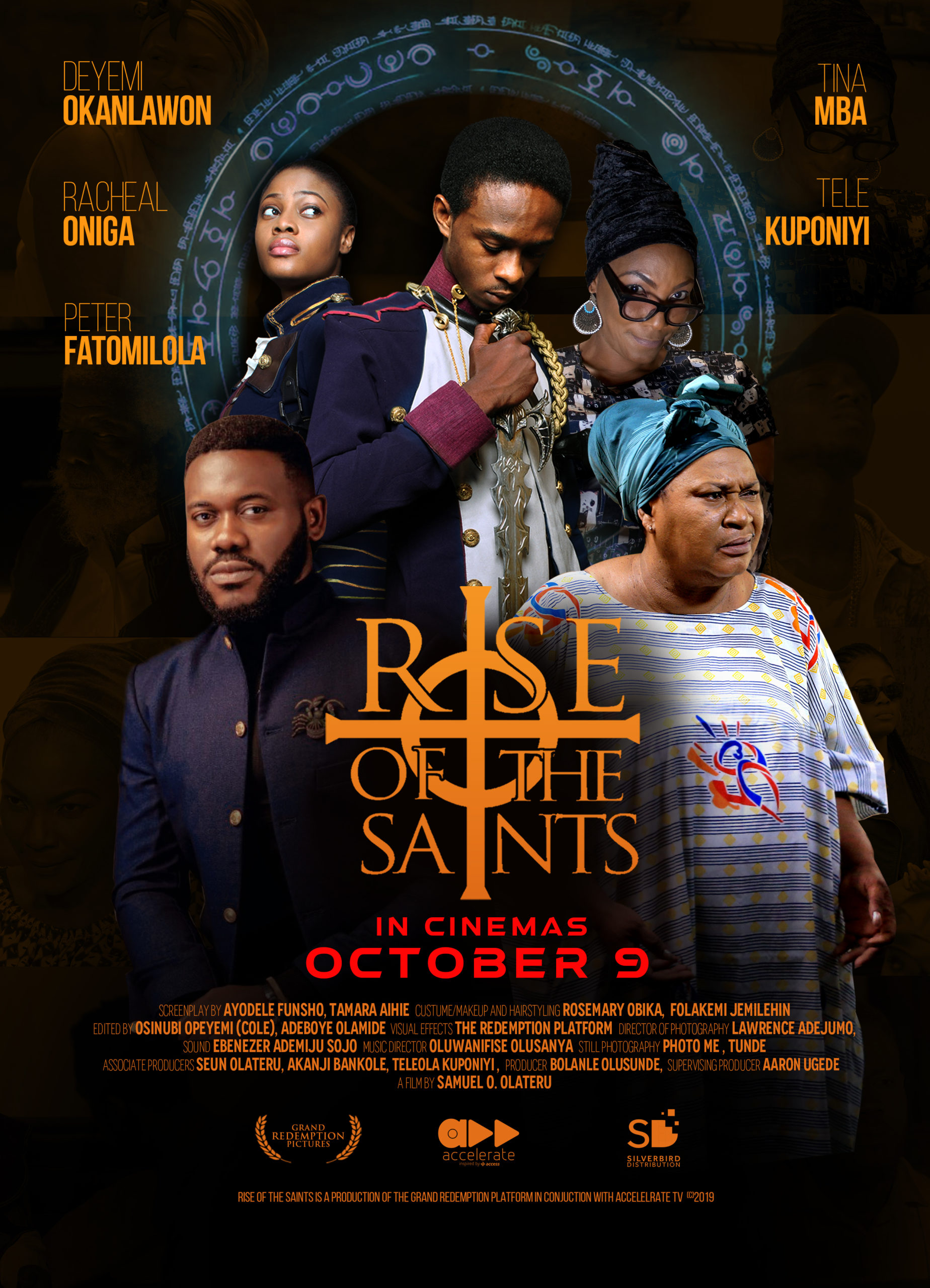 “Rise of the Saints” by Samuel O. Olateru, is a movie inspired by the story of Moremi Ajasoro, warrior Queen of Ife who delivers her people from destruction in the hands of her sworn nemesis Jagan. In the present, her prophesied son is manifest in Luke, a young aspiring music artiste.

Orphaned at birth and raised by his aunt, Luke is suddenly plunged into a battle of two worlds; of light and darkness. He joins forces with The Saints, a group of people charged with the duty of protecting the legacy of Moremi, and together they must employ all their wits to defeat the ferocious warlord, Jagan.

Amidst all, Luke has no choice but to take the biggest test of his life; choose between a destiny of honour or his dazzling dream of music and fame.

“Rise of The Saints” will be available to watch in cinemas nationwide as from October 9, 2020. A special viewing is scheduled to take place in Filmhouse IMAX cinemas, Lekki a few days before the actual release date.

The post “Rise of the Saints” is Heading to the Big Screen Soon | Catch the New Trailer appeared first on BellaNaija – Showcasing Africa to the world. Read today!.