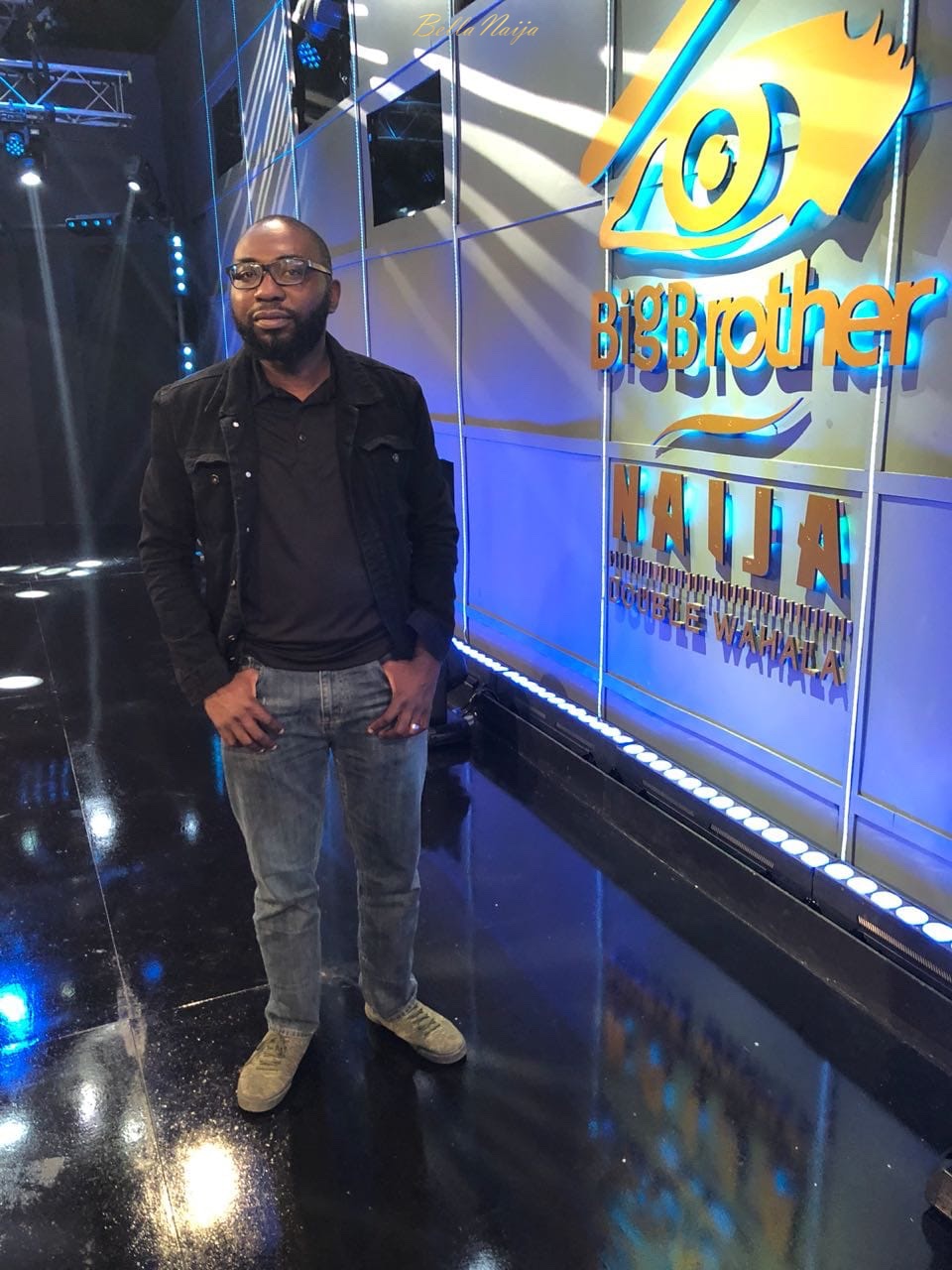 You must have heard of him from Twitter, or Instagram, with bants like “Kayode 600 years…“, “Kayode why did you go on a break“, “Kayode change the camera” and so on. His name is Gbenga Kayode and he’s the Series Director for Big Brother Naija Lockdown edition. He’s unarguably one of the most popular members of the show’s production team.

His name keeps popping up on BBNaija threads on social media. It’s either BBNaija fans are berating him for taking the camera away from a housemate they wanted to see more of, or they are begging him to stop giving a particular housemate too much camera time.

“How did his name become popular?” You might ask. Well, firstly, during the ‘See Gobe‘ edition, some of the housemates named the robotic camera ‘Kayode’. Sometimes when the camera moves, they would say, ‘Kayode is watching us’. “I think some viewers picked it up”, Kayode says.

As the show grew in popularity, the name also grew in popularity. Secondly, it’s public knowledge that he works as the Series Director on the show. People with knowledge of television or film production simply deduce that as the Director of the show, he is responsible for the camera shots.

That’s how calling the camera ‘Kayode’ came to be. He says: “Seeing my name on Twitter doesn’t bother me a bit. I understand that it is the fans trying to reach out to us. The popularity has shocked me though but I’m grateful for the support and love we are receiving.”

The ‘vents’ and ‘600 years’, doesn’t bother him either. According to him, “it is fans having an opinion or expressing their frustration or anger towards something specific on the show. All within their rights. I don’t know these people one-on-one, so I like to believe in the end it’s all love. I see this when the show is ending and the same fans send messages like, ‘Kayode we are going to miss you’”.

Kayode’s job focuses on 3 key elements – the overall creative, the technical output and the actual show content. He’s the team lead in these areas. He works hand in hand with the Series Producer and the Executive Producer as they make the necessary decisions.

His job starts long before the show begins. They get to design how the show looks and feel. Every element of the show is deliberate and planned with a specific result in mind. From the wall colours in the lounge to the colours of the strap on the channel – every single element is carefully drafted.

“Since the show is unscripted, we try our best and hope we get the desired result. So far so good, we have been largely lucky”. His job also involves daily meetings with other departments like the tasks department, sponsorship department, content department and live show department. Each of these has their team leads and he ensures that all approved ideas are translated properly to all the departments.” 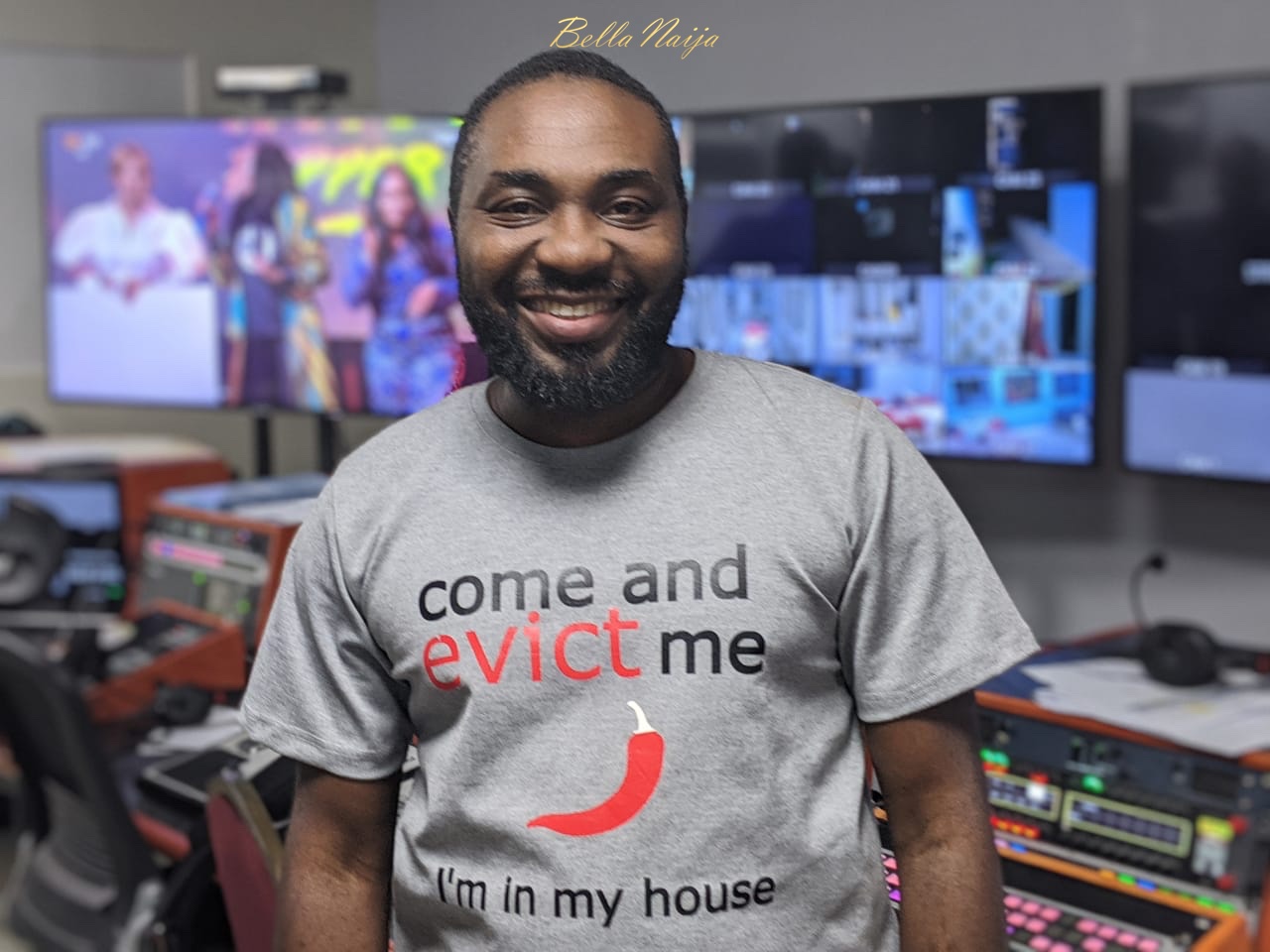 Fans of BBNaija can relate to watching an interesting scene, then the show goes on a commercial break. It can be so annoying right? This is what Kayode has to say about that:

Virtually every job has its challenges, and for Kayode, it’s the fact that he’s on duty 24/7 from the show starts until the show ends. Although he has hours off the office but never really off the show. Even when he’s home, he’s still watching the show on email or via a phone call until the housemates are asleep. When the housemates are asleep there are still things to be done.

How do you decide what to show the audience and what not to?

Well, we have three things that guide the process. One, we have a strict editorial guideline. This is in line with the Nigerian Broadcast Code. Some content is restricted, and we must respect that guideline. Two, we endeavour to follow the story. This is an unscripted reality, meaning that we never know when a story will unfold, and must therefore be on our toes to capture a moment as soon as it breaks.

Finally, we have a strictly internal process which guides the time allocated for each housemate. This process ensures that each housemate has an exact number of minutes or hours of exposure on air. This ensures that no single vocal housemate gets more screen time than any other housemate. It prevents what we call screen hogging.

You’ve worked on BBNaija for four whole seasons, how has the experience been for you?

Exhilarating. Every year has brought its challenges and victories. See Gobbe, it was “how do we do a reboot of a show that was popular 10 years ago?” Double Wahala was “how do you go bigger than the popularity of See Gobbe’? Pepper Dem was “how do you produce a show of this magnitude in Nigeria with our unique environment?” And this season – Lockdown– it was “how do you make the show bigger than all the previous seasons and produce it during a global pandemic?”

Which season has been your favourite to work on?

I’m a big advocate of “you are only as good as the last job you worked on.” It, therefore, has to be this season.

How did the COVID-19 pandemic affect the production of BBNaija Lockdown edition?

The COVID-19 pandemic has affected us in more ways than one. The most important thing we had to think of was safety. Safety of the housemates and the over 150 crew members on the project. We had to consult with the State Ministry of Health to ensure we are working within the stipulated government guidelines. We then had to change a lot of our production process such as creating new work schedules and shifts and expanding workstations to comply with the social distancing rules.

From the content and creative aspect, we also had to rethink our show elements. This is the area that I’m involved in the most. We had to lose elements like the Ninjas to completely restrict access to the housemates while the audience and guest artists for the live shows were also removed this season. In the end, the team gave birth to some exciting solutions that we are proud of. For instance, the Head of House game without the Ninjas was so much fun and I think it was better than what we had in the previous seasons. Olamide Adedeji, the Live Show Producer, has done such an amazing job with the live shows without the audience and guests, that the viewers hardly miss these elements.

What do you think are the most important elements in a good project for television? As a director, what do you look for, and what do you try to create?

I’m very big on storytelling. I think that is the calling of a true Director. The secondary aspect is to capture that story using the medium of television or film. Therefore, I always look for the story; in this case, I look out for stories that are relatable to the viewers. The more relatable a story is, the more the viewers will enjoy it. That it is why it is very important to us that the housemates are a representation of the larger society in all aspects.

I’ve always seen them as a microcosm of us. Viewers need to see their sister, brother, friend and ‘frenemies’ in them. The tasks and projects from Big Brother Naija are simply designed to help them come out of their shell as it engages them. Infuse that with great production quality, camera, lights and sound and you have a winner.

Finally, what would you say has been the impact or ripple effect of BBNaija in the Nigerian creative industry?

I believe it has been positive all the way. It has helped in 3 key areas. Showcasing our culture to the world, educating the viewers and opening the entertainment industry while providing jobs. The show is popular all over the content and indeed the world. We have trended worldwide over big sporting events and even the Grammys once. This popularity means people are tuning in to our stories.

The activities and tasks often showcase our culture, who we are as people. We receive a lot of feedback on this. A lot of people don’t know how rich our culture is and the show is their first point of contact or exposure to Nigeria. Even a lot of Nigerian lots are getting reconnected to their culture. The games, quizzes and tasks provide general knowledge for the viewers. We have also gotten positive feedback for this. Finally, a lot more productions are springing up, our crew are getting trained with each project, and at the same time, we are watching our former housemates carve a space for themselves in the entertainment industry.

The post EXCLUSIVE: Get to Know More About the Famous Gbenga Kayode, #BBNaija’s Series Director + He’s Answering Some FAQs! appeared first on BellaNaija – Showcasing Africa to the world. Read today!.