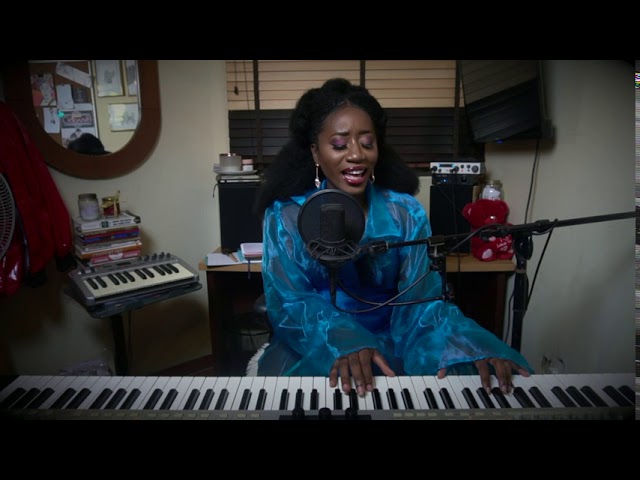 Kaline singing her version of Fireboy DML‘s “Champion” will make you feel like the champion that you really are.

The vocals, the pitch, everything about this cover speaks perfection.

“Champion” featuring D Smoke is one of the smashing hit songs from Fireboy DML’s most recent album “Apollo“.

When I heard this song, I was so moved by the lyrics. You know, being a champion and saying you’re a champion are two different things. And I’ve taken that for granted. Some of us work so hard and reach ‘champion’ status because of the sheer amount of things we juggle in our lives, the risks we take, the challenges we face.. but a lot of us don’t necessarily believe those words “I’m A Champion” even if we say them. I think this song is so powerful for this reason. A reminder to own the truth about how amazing you are. I hope you like this cover. Still, go listen to the original. It’s so good!!!!

Listen to the cover below:

The post Let Kaliné Serenade You with her Cover of Fireboy DML’s “Champion” appeared first on BellaNaija – Showcasing Africa to the world. Read today!.