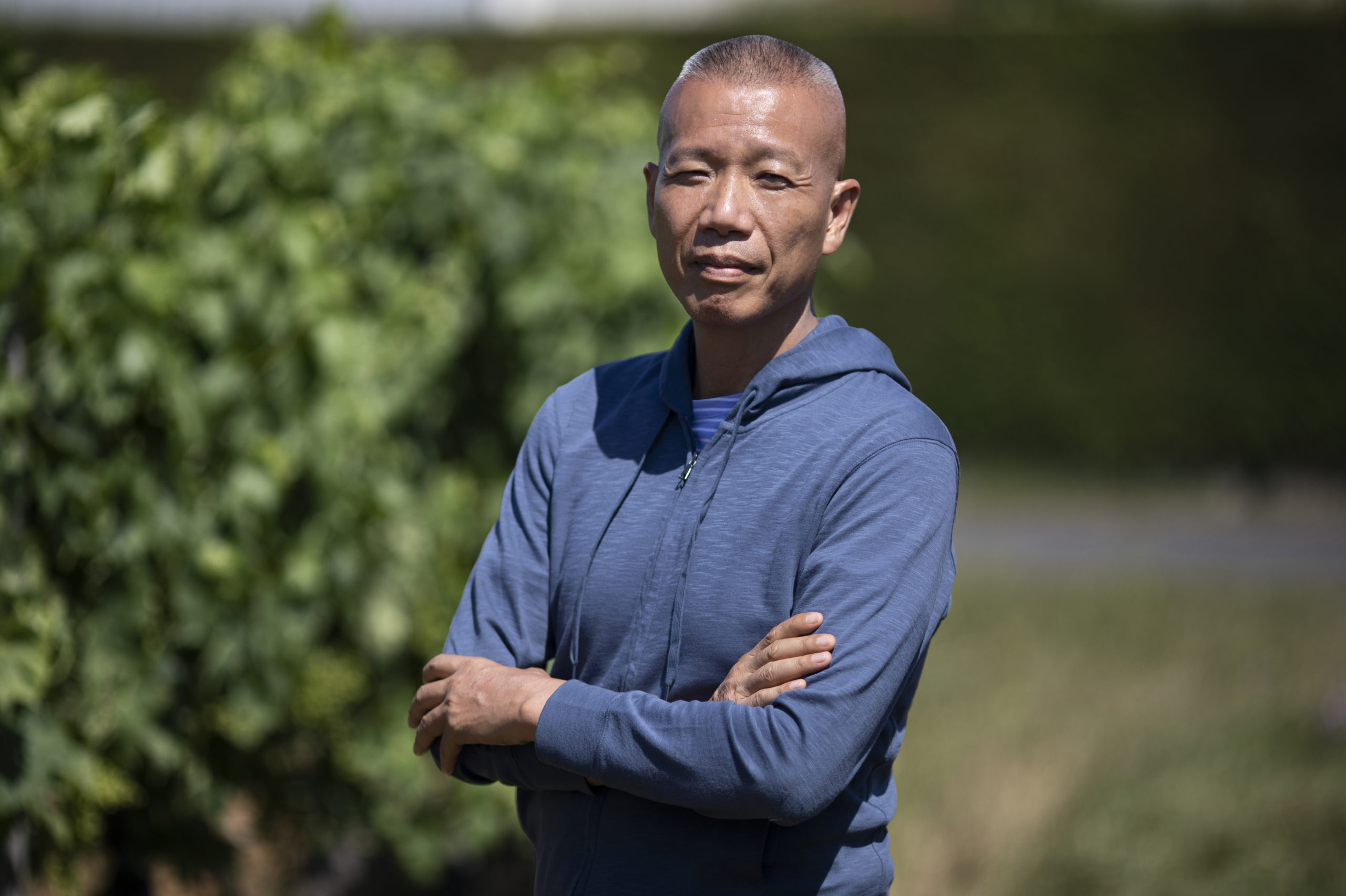 Live Streamed from Cognac to audiences worldwide, the artist’s The Birth of Tragedy honors the universal values of resilience, courage, and hope.

Cai Guo-Qiang is one of the most admired artists in the contemporary art scene. In addition to his large-scale, site-specific installations, Cai is particularly renowned for his unique use of gunpowder and fireworks as an artistic medium to stage spectacular public events of intense emotional resonance, as he did for the 2008 Olympic Games in Beijing. Today, Hennessy invites Cai Guo-Qiang to a daytime fireworks event to be held on the Charente in Cognac, France, on Friday, September 25th at 3 PM CET.

This impassioned fireworks display was designed as an uplifting event amid the unprecedented context of a pandemic. Inspired by Nietzche’s “The Birth of Tragedy,” Cai Guo-Qiang composed a 15-minute fireworks event in three acts to honor the eternal cycle of creation and destruction and the human spirit that, while acknowledging pain, nonetheless embraces and rejoices in life, in harmony with nature.

Like a theatrical performance, this artistic odyssey promises to explode with drama, poetry, color, and emotion, with multicolored fireworks launched from 150 oaks barrels floating on the Charente River that echo Hennessy X.O’s 150th anniversary. In a first for the Maison, “World Odyssey” will be unveiled internationally via live stream. For the artist, this project represents the first time he has conceived a daytime fireworks event launched from an aquatic environment, to be broadcast to a global, real-time audience. 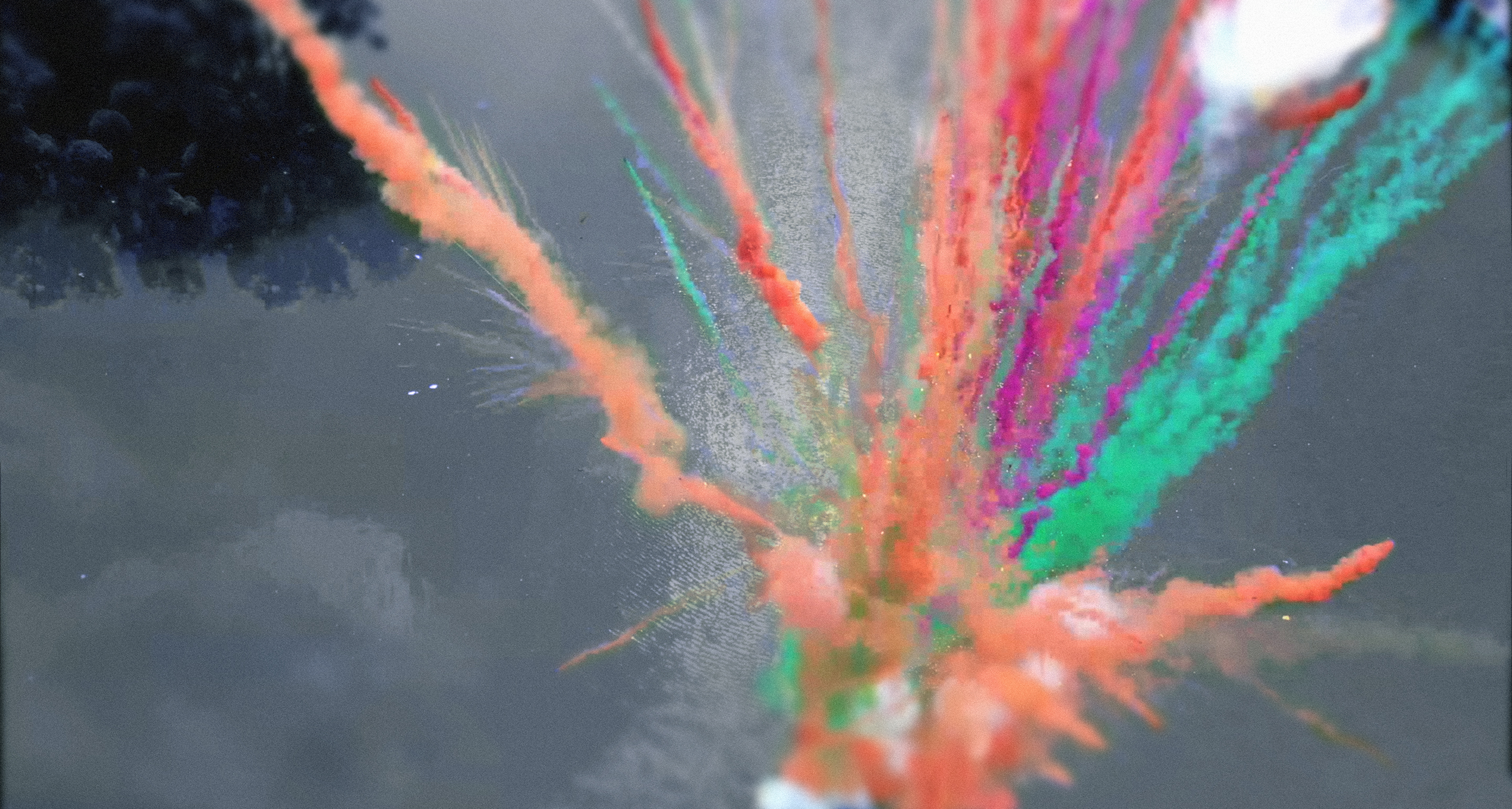 “In these unprecedented times, what has become particularly clear is that we are one interconnected family,” says Hennessy President and CEO Laurent Boillot. “At Hennessy, our roots run deep thanks to longstanding relationships reaching back generations. Today, from his base in New York City, Cai Guo-Qiang reminds us of those time-honored bonds with a masterpiece of universal beauty and resonance. On behalf of the Maison Hennessy, it is not only an honor and a privilege to host this artistic event, but it is also a demonstration of our steadfast commitment to our extended international family. A century and a half after the Hennessy X.O saga began, Cai offers an artistic vision of an Odyssey forged by unity, resilience, and hope. In the exceptional context of 2020, those values guide us, reminding us how far we’ve come, and how far we can still travel together. From our vantage point in Cognac, where fireworks from the East – Liuyang county in China – blooms in the sky overlooking the Charente, Hennessy and Cai are proud to welcome one and all to participate in an artistic event that honors the generosity of spirit and looks to new horizons with renewed courage.”

Says Cai Guo-Qiang, “We are now entering a new chapter of humankind’s strenuous odyssey. The signal from Cognac, traveling through cloud infrastructure, connects individuals from different parts of the world, enabling primeval passion to burst and form a community of shared future that is closely bonded with nature and art. While the fireworks express my contemplation on tragedy, art, and the essence of life, I hope the audience will draw inspiration from the fireworks in order to reconcile with nature and find the power to heal.”

The event is yet another instance of the energy, persistence, and hope demonstrated by Maison Hennessy this year in an effort to support its communities in Cognac and internationally. “World Odyssey” carries a dual message from the illustrious cognac maker and the artist, one of consolation to those affected by the pandemic, and of confidence in the future that will be live-streamed across digital platforms including Hennessy.com, WeChat, Tencent, Facebook, and YouTube.

The recipient of numerous international art awards, including the Medal of Arts from the State Department (Washington DC), the 24th Premium Imperiale Lifetime Achievement in the Arts (Tokyo), and the Fondation Cartier Award (Paris), Cai served as the Director of Visual and Special Effects for the 2008 Beijing Olympic Games, for which he staged remarkable opening and closing ceremony events. A native of Quanzhou, China, Cai currently lives and works in New York. His personal story, inspirations, and projects are the subject of the acclaimed Netflix documentary Sky Ladder (2016) by Academy Award-winning director Kevin Macdonald. This event in partnership with the Maison Hennessy marks his first collaboration with a luxury brand.

In 1870, Maurice Hennessy, a 4th generation member of the Hennessy family, asked the Cellar Master Emile Fillioux to create a special cognac for his family and friends, using long-aged eaux-de-vie to perfect the blend. They called it “X.O” for “Extra Old”. Hennessy X.O became the first House blend to attain international renown, to the point that the X.O classification became a gauge of uncompromising quality. In 1947, Gerald de Geoffre – Maurice Hennessy’s great-grandson – created its iconic carafe, a shape inspired by an upturned cluster of grapes. Today, Hennessy X.O remains as true as it was when Maurice Hennessy first shared it with his inner circle. A timeless symbol with a powerful and balanced structure, it carries the promise of an extremely long finish: each drop is an invitation to embark on an odyssey of the sense through seven tasting notes.

In 2020, Hennessy X.O marks its 150th birthday with a masterpiece by Cai Guo-Qiang.

The leader in Cognac, the Maison Hennessy has shined around the world with its exceptional blends for more than 250 years. Built on founder Richard Hennessy’s spirit of conquest, the brand is present in more than 160 countries.

Based in the heart of the Charente region, Hennessy is also a steadfast pillar of the regional economy, the standard-bearer for a sector rich in expertise. The House’s success and longevity are rooted in the excellence of its cognacs, each of which is born of a unique process of transmission from generation to generation.

The first wine and spirits house to be certified ISO 14001, Hennessy unites its capacity for innovation and the support of all of its partners to protect this exceptional area.

As the crown jewel of the LVMH Group, Hennessy is a major contributor to French international trade, with 99% of production sold in export, and a worldwide ambassador for the French art de Vivre.