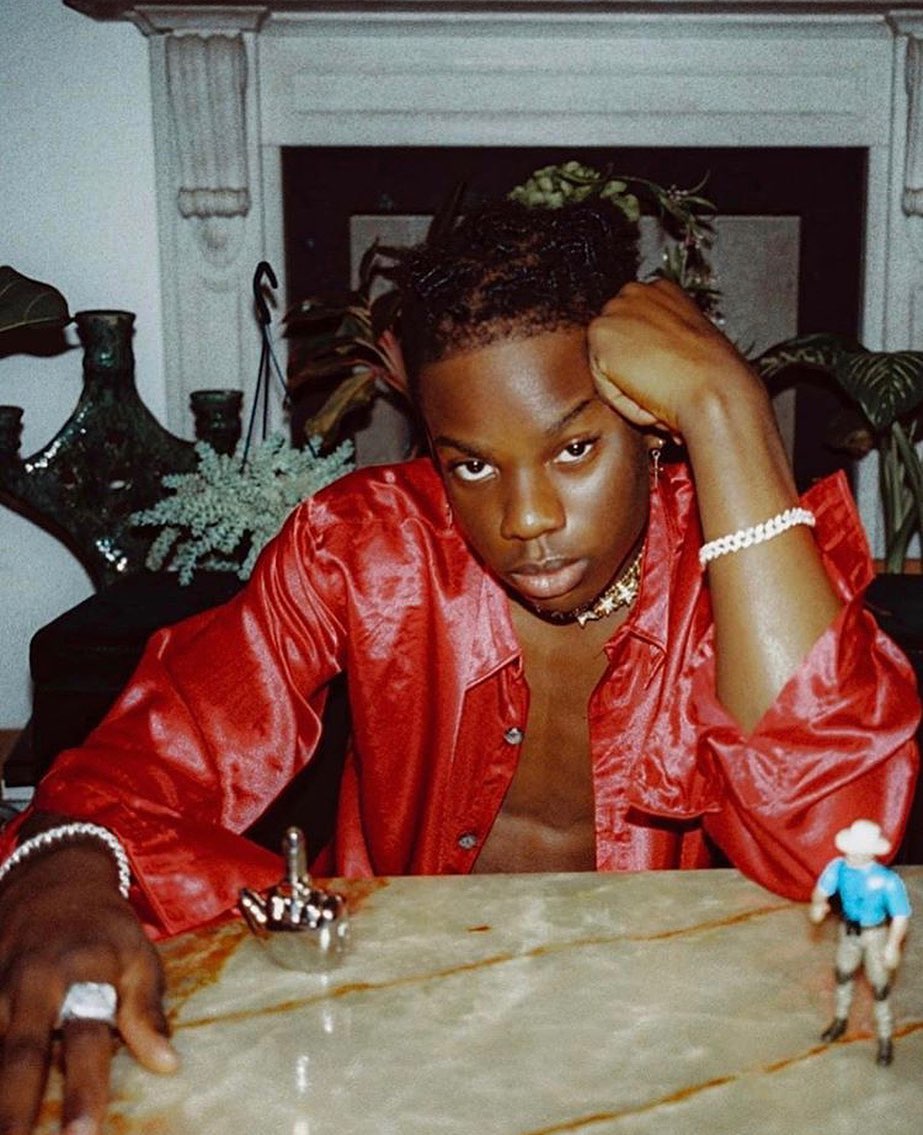 Music star Rema has just shared a tweet on his official Twitter page that has his fans going wild and asking what’s happening.

In the early hours of Monday, Rema took to his Twitter account to get a lot off his chest— from detractors to the girl who rejected him and inspired the track “Why“, and his first engineer who ran away.

The Mavin star boy also thanked Barack Obama for featuring his song, “Iron Man” on his 2019 favourite song playlist and producer, Ozedikus for sticking with him through the tough times.

Check out his tweets: 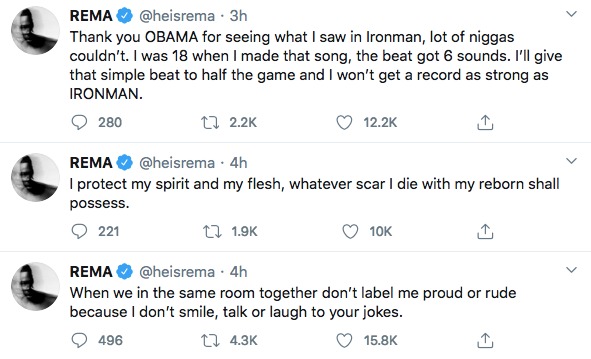 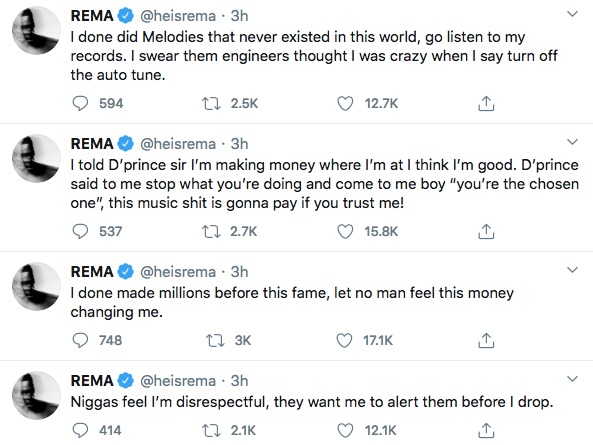 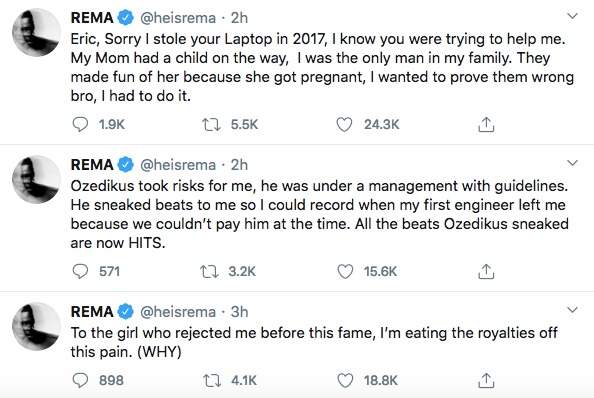 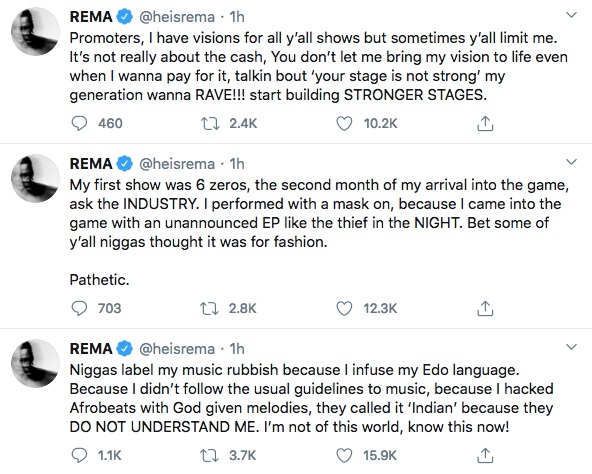 Wondering why he’s doing this? Seems Don Jazzy‘s answer will now make fans heave a euphoric sigh of relief. The music producer tweeted “Why? He is passing a message. Read on”, when a twitter user who said, “Make una change this guy password oooo @DONJAZZY”.

Why? He is passing a message. Read on https://t.co/Ei8ZqtaJwF

Here’s how Nigerians are reacting to his tweets:

I’m so happy I had to come back on Twitter for 2mins. Big up @heisrema for real bro. You really made my day. I dey for you Officially

Rema is my mood today, talk yo sh*t sir!

When Don jazzy and the rest of mavin crew catch Rema in his hideout pic.twitter.com/giPhgAFW4Y

Don Jazzy and the mgt team trying to sneak up on Rema and collect his phone. pic.twitter.com/ZqPpO3b6MX

Whatever it is, It’s pretty serious and Rema has been pushed to the wall. pic.twitter.com/uNj7sWduDc

It’s actually an ongoing thing. ‘Beamer’ was the start. ‘Woman’ was beta phase.

Rema is the most quiet celeb on this App.. btw man barely tweet, he ignores all the negative vibes and shades. Tbh his earlier reaction shows baba is pushed to wall.

Rema should gather all these things and sing it nauuuuuuuuu. See inspiration!!!!

Let him drop another ep and start with “Another Anger” in each of the songs. He will win Grammy sharps.