BN Prose: No Love Left for Me by A.B.P 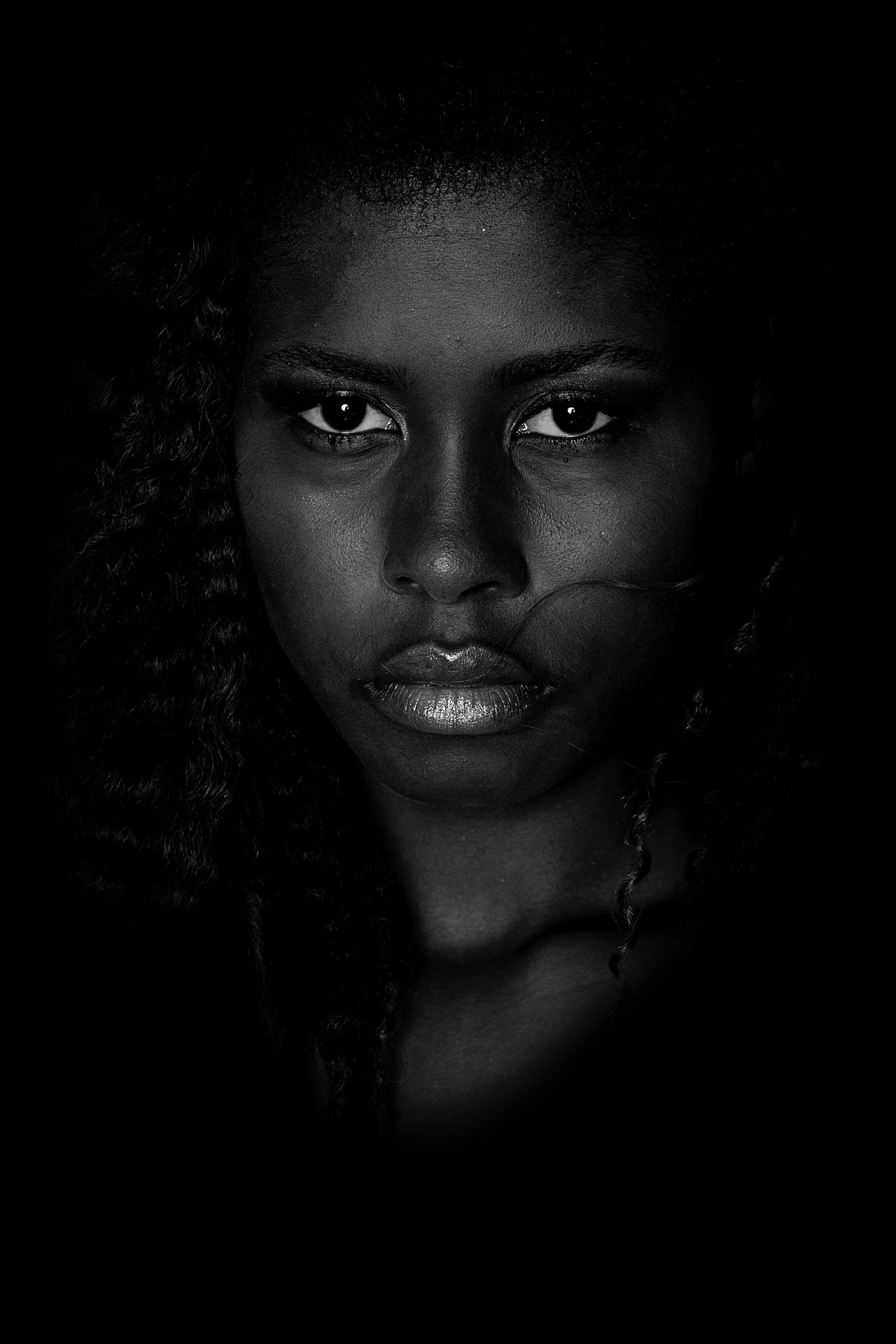 When my mother found out I was pregnant, she couldn’t believe her ears.

She stared at the doctor for about ten seconds, then simply said, “Could you please repeat yourself, doctor?”

The thundering of skin on skin was the last thing that registered in my head before my world became confined to the mind-numbing sting the lightning fast slap left on my face.

The drive home was a sober affair, my mom simmering slowly as she drove, me giving off so much coldness, you’d probably get frostbites just from staring at me. My mom didn’t seem to get the memo, though. My coldness seemed to only make her boil.

We got home and she couldn’t even look at me. She just got out of the car, slammed the door shut as if it had personally insulted her, then stormed off into the building.

For some reason, that made me angrier than the slap, and I hissed. I got out of the car too and slammed the door as well, before I stormed off after her.

If I was angry before, I was raging now. I stormed off into my room without even closing the living room door.

The sound of my 16-year-old feet stampeding up the stairs must have caught their attention, because the next thing I heard was my furious father’s voice.

“Pada wa bi, iwo omo ale yi,” my father said, and at that very moment, I knew all hell would break loose. He only spoke Yoruba when he was extremely angry, or preaching. I decided… fuck it. I’d rather be the one to spark the whole shit up. I turned back to look at my father and the contempt in my eyes was obvious.

“Or what?” I responded. I didn’t give a fuck. Not anymore.

I swear I could almost see my dad’s dark face turn red as I continued my one-man – well, woman stampede to my room upstairs.

“Shey baba e, loun bawi be yen?” I heard my mom say, and felt so much anger build up in me it actually stopped me dead in my tracks at the end of the stairs. I turned back to look at the woman who gave birth to me and couldn’t help but despise her. “So you’re talking to me now? You two are talking to me now? Wow, if only I had known, I’d have gotten myself pregnant earlier!” I screamed at them and took some satisfaction in seeing the shock in their eyes.

I turned back and stormed into my room, slammed the door shut, locked it, and crashed on the bed staring at the ceiling. If the eyes really are the windows to the soul, anyone who looked into mine now would see nothing but an empty home. Not even the ghost of a tear could be found there.

It took my parents about a minute to get over the initial shock of my outburst, but immediately they did, they were coming for me like a pack of bloodhounds. My father must have taken the steps three at a time because he was already at my door before I heard my mom up the stairs.

“Open this door right now, Lola, or I swear I will break it!” He was growling like a bloodthirsty creature. I laughed at the threat. That’s the best you could come up with, dad? I’m disappointed.

“Well, it is your house. Do with it whatever you want,” I replied, and immediately I heard my mom burst into tears. Good. She deserved to hurt. They both did. As my father kept banging on the door, raining curses on me, and my mother wailed those annoying wails of hers, I couldn’t help but smile. This must be it. What it feels like to be free. Really free. At that moment, at the very rock-bottom of my life, I finally got the guts to say something I’d always wanted to say.

“I hate you two.” I didn’t shout it, but when those words fell out of my mouth, even I was surprised at how honest they were. They carried so much power. So much truth. My parents must have felt it too because they finally stopped their useless noise.

Good. The quiet would make this easier.

“I’ve hated you for quite a while, to be honest. But you never noticed, did you?” I could feel my voice quivering now, like a plucked bowstring. Well, there was no stopping now so I just powered through.

“I’ve hated you since “God called you”,” I said, putting quotations around the last three words. They obviously couldn’t see the sarcastic gesture, but the tone I used made it absolutely clear what I thought about the claim.

I had expected some outrage at the admission, but I got nothing. I almost laughed mirthlessly at that. You mean to tell me they were that shocked? Like they had no idea that that was when all this started?

“I’ve hated you since you started leaving me to my own devices as you focused on God’s work. Since you abandoned your role as my parents and practically left me to be raised by the church.” I scoffed. All the good that did. I heard some shuffling and I guessed that was my mom staggering at the accusation. Get a seat, Mom, there’s still a lot more to come.

My dad must have had the same thoughts, because I heard Mom being helped to sit. Oh, the love they shared. If only they shared it with me, I thought then mercilessly shoved the traitorous thought aside. I was no longer that child.

“I hated you for not noticing when everything started going wrong.” I was an avalanche now. There was no stopping me until I ran my course. Then again, none of them even tried to. They probably subconsciously knew it would be useless trying. Or maybe the Holy Spirit told them. I scoffed at that. If the spirit exists, my parents didn’t have it.

“I hated you for not noticing when the caretakers you left to take care of me started taking the term ‘take care’ to a much … nastier level.” I could almost hear the gears turning in my father’s head. Almost taste the bile in my mother’s tongue.

“When my lesson teachers started giving me extra lessons no child should ever know.” My mother burst into tears at that, and that only fuelled my hatred.

“Don’t you even dare, Mother. Don’t. You. Even. Dare!” I screamed. “Don’t you act like you never knew because I told you when all this started. I told you about their intruding stares and their probing hands. But what did you do? You slapped me! You slapped me and told me not to lie against my teachers because I didn’t want to learn! And you did it in front of them too! Why did you do it, Mom? To look like the good minister’s wife? To show them that you would never “spare the rod”? You gave them all the courage they initially lacked!” I was raging, which wasn’t a good idea. I’m living for two now after all.

I sat back in the bed. I didn’t even know when I stood. I took a few breaths to calm myself.

“Did you know that was the day I lost my virginity?” I said, and my mom screamed again.

“That was at 13, if I can remember clearly, which of course I can. But how would you have known? You were off for a crusade but I had to stay behind for school the next day. And you never talked about sex since it’s such a dirty thing. Another great parenting choice. Good job.”

“It was the man and the woman if you were wondering. The woman actually broke the lock. Then the man came in.” I couldn’t hear my parents now. I was lost in my own world of pain and nostalgia now.

“There was so much blood. So much. Well, at least they weren’t the worst people that could have done it, right? They weren’t so rough either. You could even say they were gentle. They just wanted to make me feel good. Make me feel good and, of course, make sure I stayed good and kept their little secret. Afterall, it had become our little secret by the time they were done. An unholy communion, if there was ever anything like that.” I laughed at my own little joke. Guess that made me the choir mistress and the keyboardist the Unholy Trinity. I laughed again.

“But they succeeded a bit too well. They didn’t just make me feel good, they made me feel too good. So good that I didn’t want to stop. I didn’t want it to ever stop. Sure the pain was present at first, but with it came with so much pleasure.” I almost purred at that last part.

“So I kept going to them every chance I got. Extra piano lessons with the man. Sleepovers at the woman’s. And. You. Never. Even. Suspected! What great Shepards you make!” I laughed and somehow found a way to laugh all my misery and regret into that burst of mirth. What fantastic parents you two make!

“And you wonder why I don’t believe in the God you preach,” I spat the G word like it was poison. For some reason, my conscience pricked me. It wasn’t God that did this. It was my parents. Still. Why did He let this happen to me? Why? Where was all that power and loving-kindness when I needed them?

“How could I? How could I when his ‘biggest followers’ were this blind? Do you have any idea how many signs I’d been giving? How many signals? But no. You were too busy pretending to be something you were not. Training other people’s children when you hadn’t even spoken a word with yours. And now you have the guts to look disappointed at me?” Now I was a thing possessed. I stormed towards the door and unlocked it, throwing it open.

“Well, here I am!” I screamed at the top of my lung. “Here I am, darling mother and father! Tell me how disappointed you are in me that I got pregnant for a man you brought to stay with me and take care of me! Tell me how disappointed you are in me for not abiding by the laws you neglected to personally teach me! Tell me how you hate me and you wish you aborted me when you had the chance as you are undoubtedly planning to do to my child.Tell me whatever you want, but it doesn’t change anything. You know why? It’s because I’ve always hated you and that’s how it’s always going to be!” I screamed the last part, and damn did
that feel good.

I dropped like a log immediately after, having spent all the physical and emotional strength I had left. But even though I had just literally murdered my relationship with my parents, and revealed a secret I had kept for 4 years, only one thought was on my mind as my head came in contact with the tiles.

Photo by Engin Akyurt from Pexels

The post BN Prose: No Love Left for Me by A.B.P appeared first on BellaNaija – Showcasing Africa to the world. Read today!.