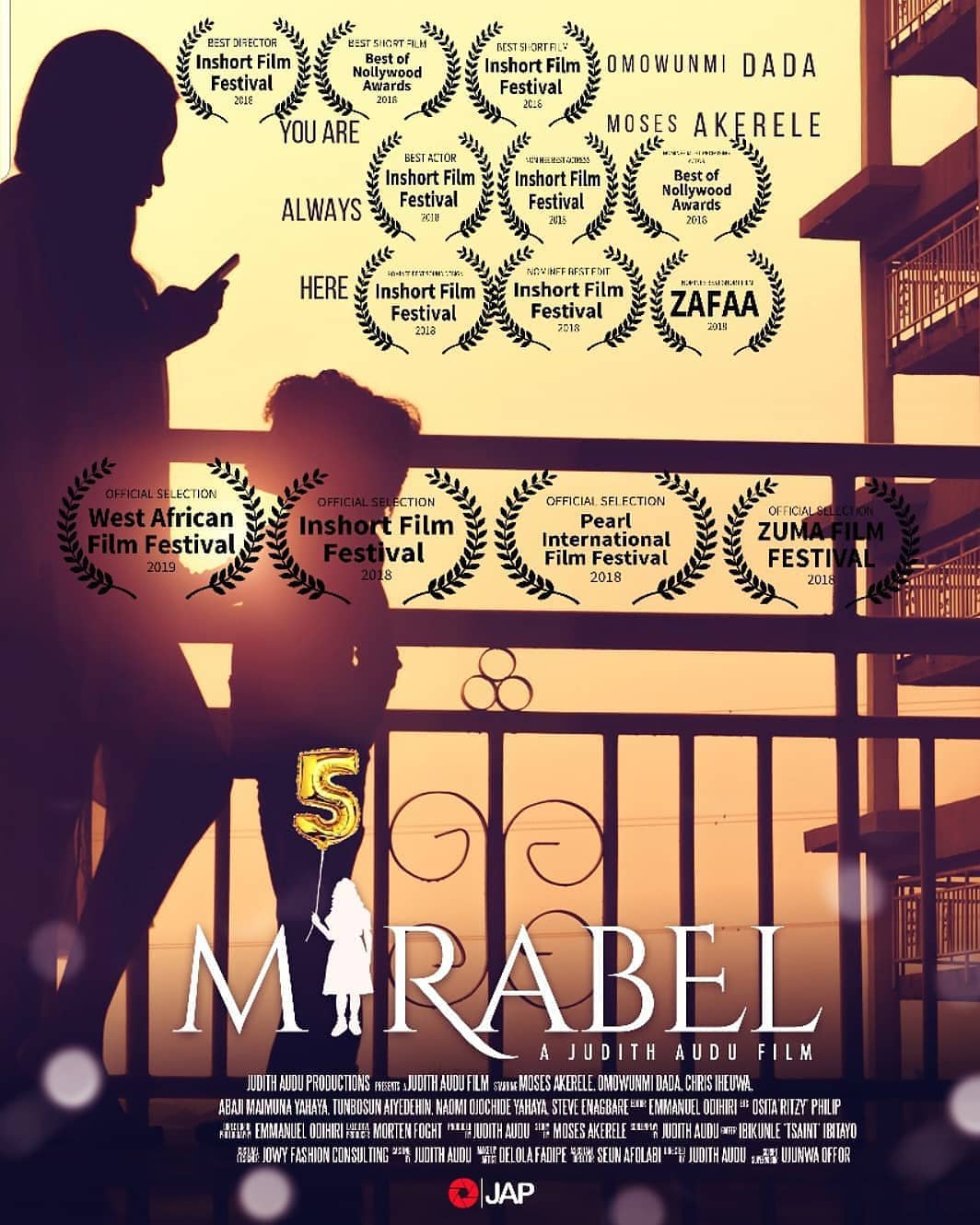 This month of October, we’re spotlighting a couple of short films from across Nigeria, and Africa as a whole. This week’s focus is Judith Audu‘s directorial debut ‘Mirabel’. The film is an adaptation of a poem of the same title, written by actor/TV Presenter Moses Akerele, who also played the lead male actor in the movie.

The short film is an intense emotional drama about love lost and love found. It follows the lives of two young lovebirds; Shawn (Moses Akerele) and Tonye (Omowunmi Dada) and how an unplanned pregnancy not only pulled them apart but totally ceased their world. Not accepting the emptiness that comes with a separation, Shawn tries for five years to find something that can bring back happiness.

Will he get it and will it make any significant difference? Only Mirabel (Naomi Ojochide Yahaya) has the answer.