All the Highlights from Kunle Afolayan’s Surprise Birthday Party 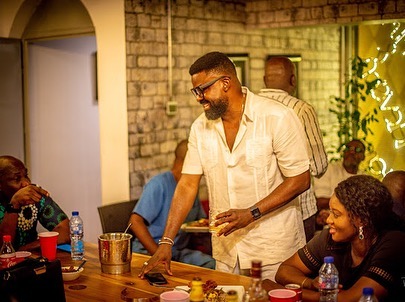 Nollywood legend Kunle Afolayan had his birthday on the 30th of September and his team at KAP Hub celebrated the milestone age with a surprise party.

To celebrate our CEO’s birthday, the entire team at KAP Hub hosted him to a surprise birthday party at the hub. Trust us when we say he was more than surprised! In attendance, we had several notable guests including family and friends and each had the opportunity to say a few words of love to our CEO, which of course left a few teary eyes in the room.

Watch the highlights below.

The post All the Highlights from Kunle Afolayan’s Surprise Birthday Party appeared first on BellaNaija – Showcasing Africa to the world. Read today!.