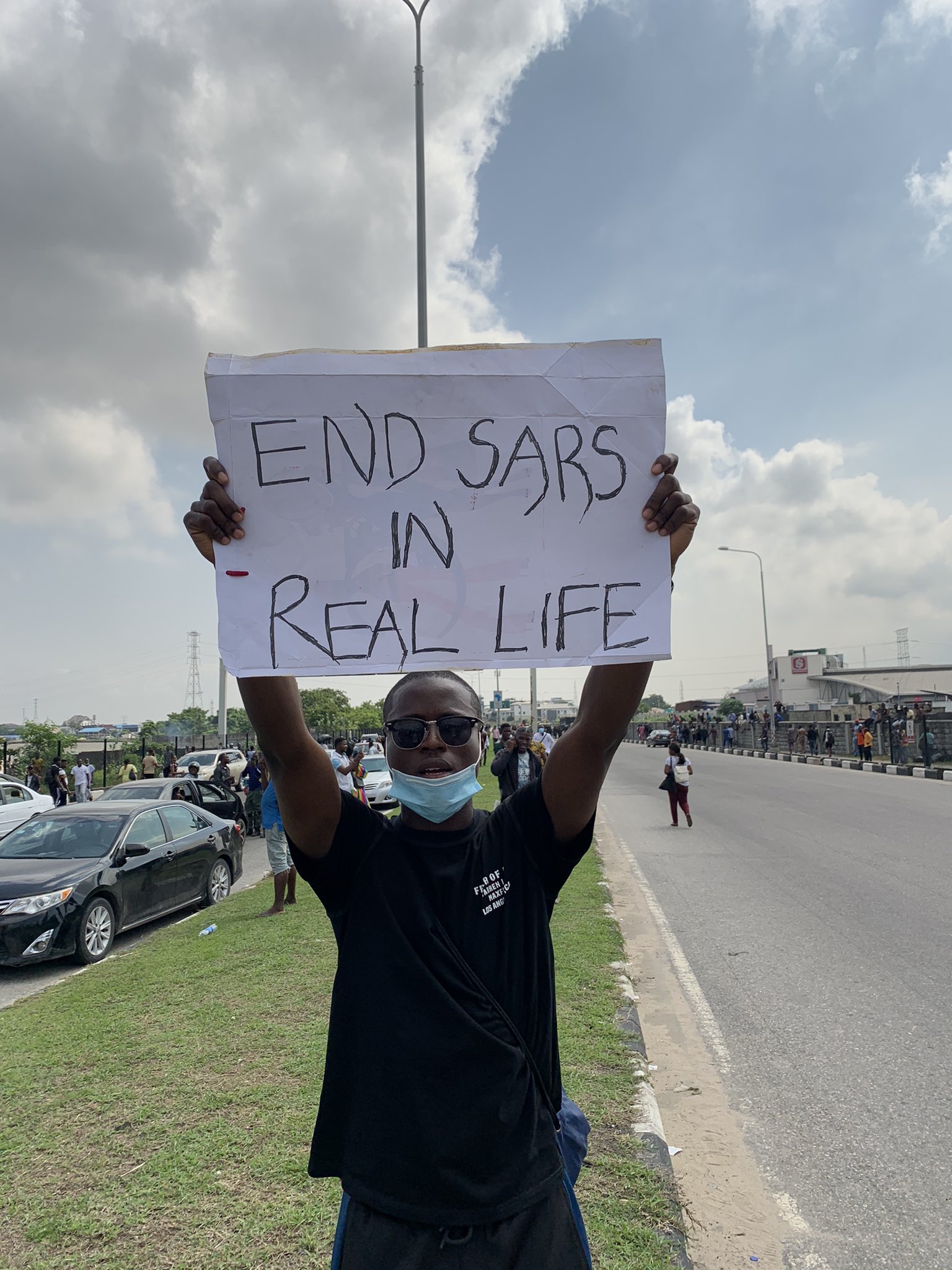 It’s been long said that the revolution will not be televised, but we didn’t know it’d be misrepresented, too.

A tweet from a journalist Fola Folayan should have portended things to come, but still, no one saw it coming: print and other traditional media misrepresenting the protests and taking sides with the police.

WHy aRe JorUnaliSts nOt CovErIng ThE pRotesTs?

From the safety of your father’s parlour.

It began with local media not reporting the protests. Out en masse on Thursday the 8th of October, protesters began calling on international media organisations to report the protests. Headlines that came the next day on print media showed that, truly, very little mind was paid to the protests.

Thankfully, new media platforms were quick to fill the gap. We’ve seen platforms like Zikoko, The Native, MoreBranches, The Republic, BellaNaija, Arise TV and People’s Gazette consistently reporting on and documenting the protests. They have galvanised the populace to join, passed on information about protest venues, and broken down the reason for the protest.

The folks at CNN Africa too, led by Stephanie Busari, are reporting about the protests outside the shores of the country, interviewing protesters on CNN International.

Vloggers, too, like Dimma Umeh and Akah Nnani are using their platforms to publicise the protest. Comedians like Mr Macaroni, who has led protests, has also made skits. Oli Ekun and several others made voice notes to be forwarded to folks on social media. Different petitions, including one about how the Inspector General of Police, Mohammed Adamu, must face the International Criminal Court for the killings of peaceful protesters, and another seeking a travel ban on government officials, have been circulated all over social media. Donations sites, too, have been helpful, with the Flutterwave fund already raising tens of millions of naira.

Photographers have been sharing photos of the protests for free, videographers making videos, and graphic designers creating designs for protesters on social media to use. In fact, a whole new website, endsars.com, has been created.

And, of course, you can’t remove the efforts of protesters themselves, all of them acting as the media, live tweeting, sharing videos on their WhatsApp statuses, Instagram stories and timeline, Facebook, and Twitter. While traditional media has attempted to misrepresent the facts, they have collected evidence of the continuing police abuse and killings, sharing them all for the world to see: these people are killing while we’re protesting them killing us. They have shown that protesters traditional media has claimed to be violent are actually protecting policemen from harm. The one reported case of a police officer getting shot has been shown, thanks to protester videos, that the bullet was from the gun of another police officer.

All of this calls to mind the Jola Ayeye tweet about how the old methods of movement building blocked by the elders have the been dumped, and the new ones created, thanks to the long time trust and community building events like TPL and Socialiga and Happyness Party and Wine & Whine, have given us new tools to fight the establishment.

It’s important that protesters continue to document the protests in their own way, support the new media platforms accurately representing these protests, and ensure that the right perspective, one that shows that these are peaceful protests organised by youths across the country, by them and for them, is what is being put out into the world.

The revolution will not be televised—yes. But no one said it won’t be digitised.

The post How New Media Platforms are Giving a Voice to the #SARSMustEnd Movement appeared first on BellaNaija – Showcasing Africa to the world. Read today!.