Following the announcement of the new Tactical Team, Special Weapons and Tactics (SWAT) to replace the now defunct  Special Anti-Robbery Squad (SARS), the Nigeria Police Force has released a list of important facts to note about the newly created SWAT Team, along with a detailed description of its mandate and what it is restricted to. 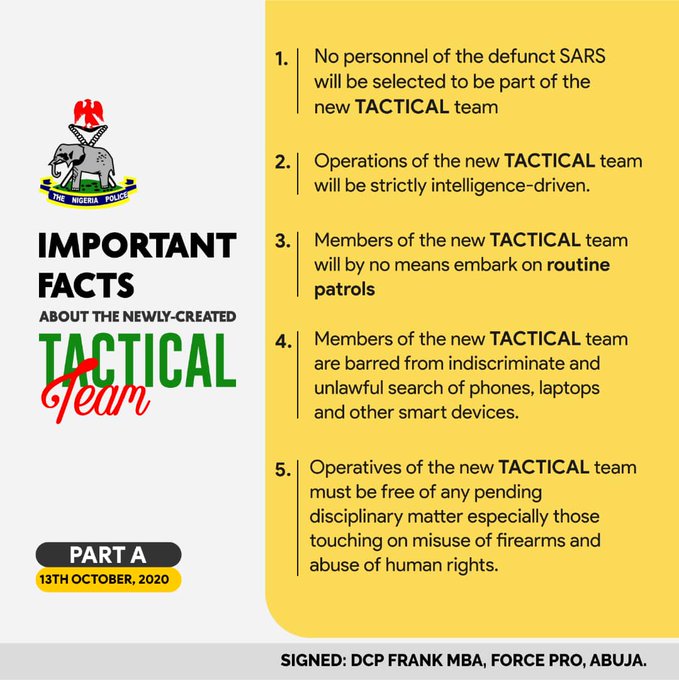 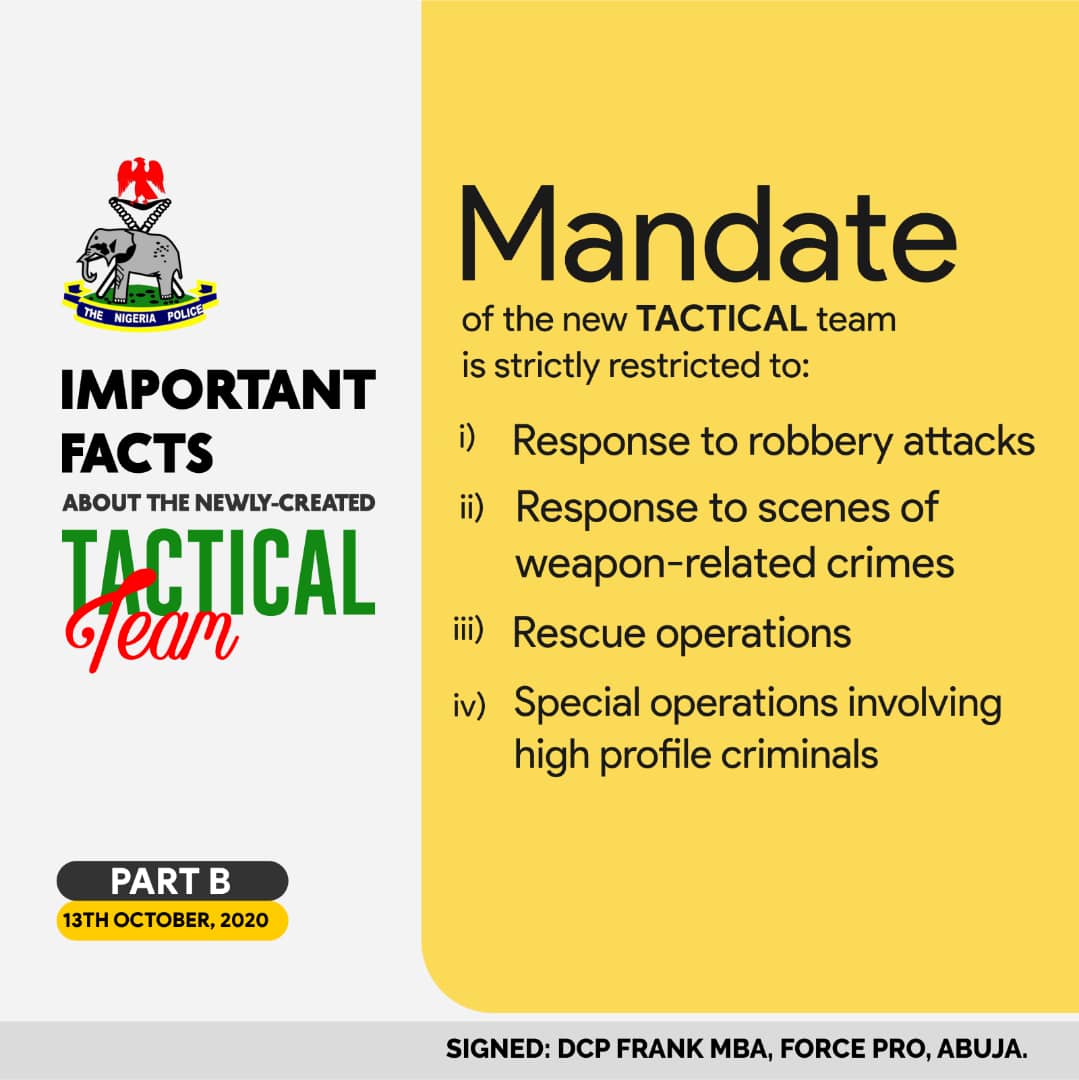 The post Here’s What the Nigeria Police Force wants you to know about the New Tactical Team – SWAT appeared first on BellaNaija – Showcasing Africa to the world. Read today!.