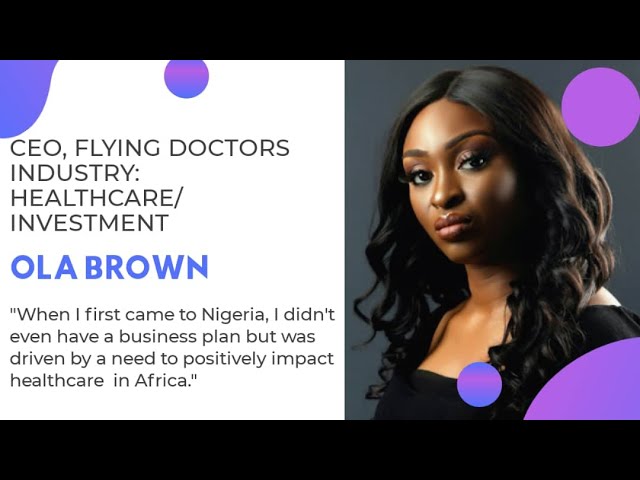 On this new episode of “Under 40 CEOs”, Familusi Akin Babajide (FAB) sits with Ola Brown, the Managing Director of Flying Doctors.

Olamide Brown is a British-Nigerian medical doctor who grew up under the care of foster parents in Lowestoft.

She became one of the youngest medical doctors in the United Kingdom after graduating from Hull York Medical School at the age of 22, and has worked for ten years with the UK’s National Health Service.

The post Ola Brown of Flying Doctors talks Growing Up & Studying in UK on “Under 40 CEOs” appeared first on BellaNaija – Showcasing Africa to the world. Read today!.