Olamide Craig: 6 Reasons Why the #EndSARS Protests Have Been So Successful 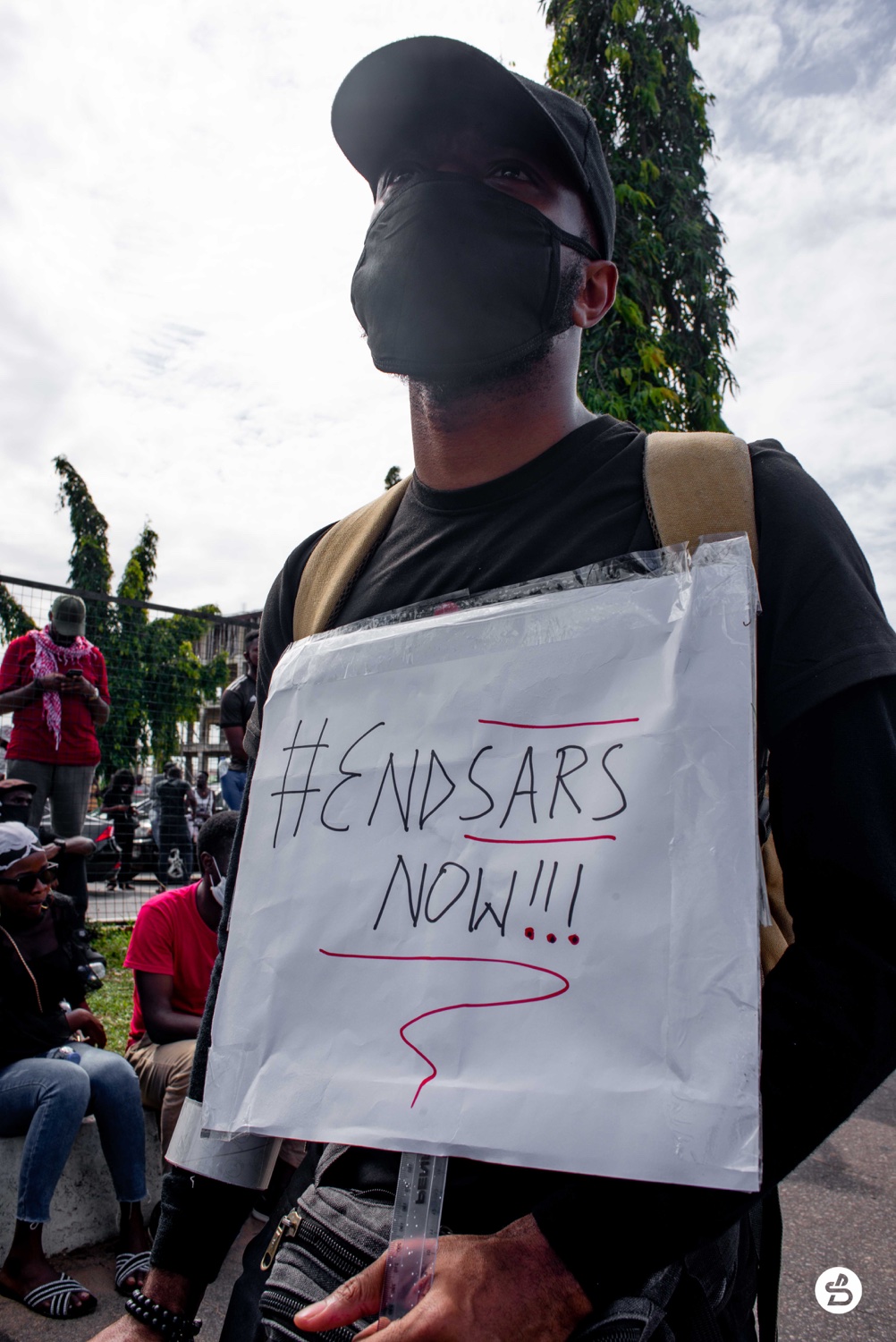 Over the last week, a wave of protests spread across Nigeria, Africa’s largest economy and home to over 200 million people, about 60% of whom are less than 25 years old.

The protests were sparked by rising police brutality, specifically that of the Special Anti-Robbery Squad (SARS) of the Nigerian Police Force, that disproportionately targeted the youth, often on trumped-up charges and typically leading to harassment, torture, rape, unlawful arrests, and extrajudicial killings.

It is thought that the groundswell of support for the movement could soon be shifting towards demanding accountability from the nation’s legislators, who are rumoured to be the highest paid in the world, and from there expanding to clamour for good governance in the nation as a whole. Let it be clear that we are not just taking this stance against SARS; we are making a statement against bad governance.

WE DID NOT INHERIT THE SILENCE OF OUR PARENTS!!! #EndSARS

The protests, led largely by the nation’s youth, have attracted the attention of the international press with the hashtag #EndSARS trending across all social media platforms for several days in a row. Observers have commended the peacefulness and the organisational competence of the protesters, likening their tactics to those used by the Hong Kong protesters in 2019. Some have gone as far as to liken the October 2020 protests to the Arab Spring of 2011, calling it the start of the ‘Nigerian Spring’.

What I saw at the airport is beyond SARS. Beyond the police….

It seemed like the beginning of the Nigerian spring!

Here are six reasons why the October 2020 protests have been so successful so far:

The movement has fiercely resisted the traditional leadership structure, and has, instead, opted for a decentralised style of leadership. Youths from different walks of life have contributed their skills and time into making the protests successful and no one person or role is seen as more important or less valuable.

But having no “leader” is not the same as having no “leadership”. There are several individuals and organisations spearheading different aspects of the protest, but none of them claim ownership of the movement and have eschewed calls to act as spokespersons for the protest. In sharp contrast to the Occupy Nigeria protests of 2012, there are no celebrity leaders or appointed heads, and many see this as a direct jab at the many NLC and ASSU leaders who after being called to Abuja to “negotiate” are alleged to have abandoned the cause.

Members of the Nigerian tech industry, which has been disproportionately targeted by SARS, have mooted the idea of creating a Nigerian version of Reddit where the Nigerian youth can participate in true egalitarian decision making via online polls. This will be similar to the LIHKG platform used by the Hong Kong protesters in 2019.

“No leaders” does not mean “no leadership”. It means EVERYBODY’S LEADERSHIP. It means not one person has higher responsibility than others for outcomes. It means everybody taking responsibility, showing up and playing their part. That’s what you’ve seen everyday of #EndSARS

“Locusts have no king, yet they advance together in ranks” – Proverbs 30-27 #EndSARS cc: @pastorpoju

One of the hallmarks of the protests has been the perceived excellence with which the youth have organised and the agility of the collective response to meet the operational, logistical, and strategic challenges of sustaining a nationwide protest. Within a few short days, the protesters have organised security, media, welfare, legal aid, emergency medical services, and refreshments for the protesters on the streets, while also ensuring a steady supply of mobile data, commonly known as “recharge card credit” to sustain the online protests.

We have a helpline now as well!

1. Press one for medical

3. Press three for food and supplies

4. Press for 4, 5 or 6 for mental health emergencies#EndSARS

You can still DM @endsarsresponse

I have to commend the organisation of the Abuja Protest today. The level of orderliness I witnessed was of military standard. 2 lane procession with a single lane kept constantly open for commuters. No littering. Just peaceful protest and vibes! #EndSARS #EndPoliceBrutality

Individuals and organisations across the country and in the diaspora have funded the uprising, sending in donations to help provide for the protests. But it has not only been money; many service providers, restaurants, bakeries, confectioners and bottling companies, to name a few, have turned up at the protests with free merchandise, food, and drinks for the protesters, each one of them seeing it as their civic duty to do something to reclaim the nation. In a country where billions of Naira are allocated for projects that are never completed, there has been a meticulous accounting for every dollar spent during the protest.

The use of technology is widely touted as a major ingredient in the success of the protests. Social media networking has been used to drive online protests. Slogans tweeted by protesters at home encourage the street protesters, and messages sent via instant messaging provide vital information and security updates from one protest site to others. GPS-based location tracking is being used to trace protesters who have been arrested, aerial drone photography is being used to capture unprecedented images of the crowd, and cryptocurrency is emerging as the major stream of the crowdfunding effort.

Reply with #EndSARS or #EndSWAT and i’ll dm you to recharge you.

Please don’t dm if you got last night 🙏🏾

If you want to sponsor the giveaway, kindly send a dm.

Protesters, both online and on the street, fundraisers, organisers, lawyers, doctors, civil rights activists, journalists, photographers, and so on are all working in unity of purpose. The movement has created a unique sense of camaraderie, the kind only formed between people who share a common trauma. It is said that this generation of youth have grown up never knowing the “good days” fondly spoken of by the older generations, and that they are determined to bring change to the nation, one demand at a time.

Whilst I wasn’t there. I was there. #EndSARS #5for5 #EndPoliceBrutality pic.twitter.com/rUL4aYDhSL

What do the English Suffragettes of the late 19th century, the Aba Women’s riot of 1929, and the October 2020 protests have in common? Women! Some of the most powerful voices online and on the streets, and some of the most prolific organisers behind the scenes, have been women. Buoyed by a burgeoning African flavour of the feminist ideology, the female input in the success of the protests cannot be overemphasised.

We continue to fight against police brutality in Nigeria. We stand with the Nigerian youth. #EndSARS pic.twitter.com/X2nCOO9RAJ

The post Olamide Craig: 6 Reasons Why the #EndSARS Protests Have Been So Successful appeared first on BellaNaija – Showcasing Africa to the world. Read today!.