The Address President Buhari Could Have Given: A Speculative Piece by Chimamanda Ngozi Adichie 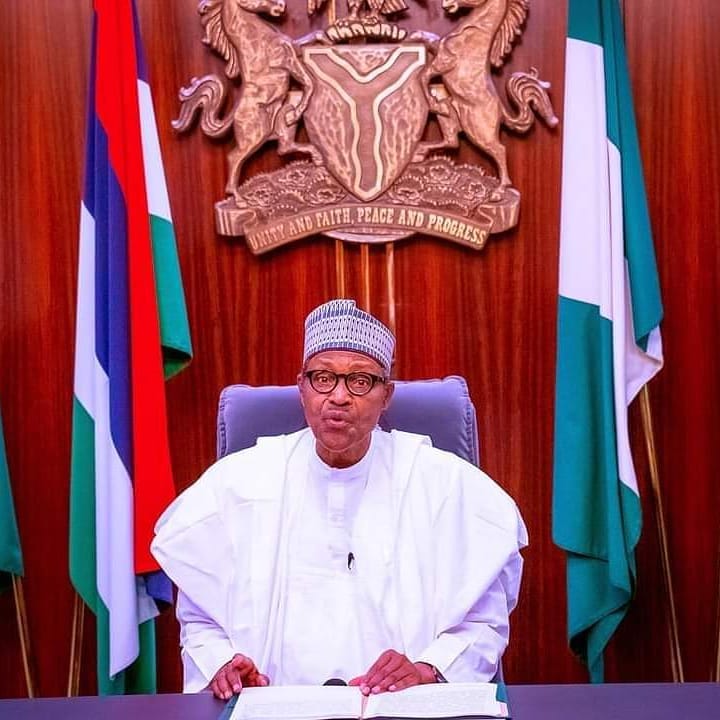 (NOTE to television broadcasters: please include subtitles to enable all Nigerians hear and understand)

1. This is a difficult time for our nation but together we will prevail.

2. On Tuesday, October 20th, 2020, in the Lekki area of Lagos, innocent Nigerians exercising their democratic right to protest were attacked by soldiers of the Nigerian Army. Some died. Many were injured. This terrible incidence has no place in our country. The role of the Nigerian Army is to protect the lives of Nigerian citizens.

3. I condole with the families of those who were killed and with all those who were injured. I have ordered an immediate investigation and have directed that a report be presented to me in the next five days.

4. As commander-in-chief of the Armed Forces, the ultimate responsibility is mine. This is not a time for vague words or generic promises. This is a time for action and I am determined to bring the perpetrators of this heinous act to justice.

5. Restitution is an essential element of justice. I have directed that all hospital bills of the injured be paid by the federal government. The families of those who were killed, as well as the injured, will receive compensation from the federal government. This compensation is merely a small way of acknowledging the pain and suffering of innocent citizens. It is not intended in any way to dismiss or minimize what happened. We are already reaching out to identify those who deserve compensation. Our Twitter handle @NGRPresident will release further information shortly.

6. These are not normal times, and therefore we cannot rely on the old ways of doing things. On October 12th I acknowledged the valid concerns of the Nigerians protesting against the excesses of the Special Anti-Robbery Squad (SARS). But more could have been done. I have now directed, with immediate effect, the arrest of those SARS officers, past and present, who have credibly been accused of extrajudicial crimes. I am presently reviewing recommendations by the Security Chiefs on how best to retrain some officers formerly with SARS. I emphasise SOME, as there are those who are not worthy to serve in any security capacity and will face justice. I assure you that their trials will be fair and open to the public.

7. Let me be clear that the protests we have witnessed all over this country in the past two weeks were not anti-police, but anti-police-brutality. A democracy must have law and order, but we cannot in the name of law and order abuse innocent citizens.

8. I am committed to the implementation of extensive Police reforms. The salaries, benefits and living conditions of the Nigerian Police Force and other paramilitary services will be improved with immediate effect. I have directed the National Salaries, Income and Wages Commission to expedite the process and ensure that the implementation begins by October 30th 2020.

9. Let me pay tribute to officers of the Nigeria Police Force who have tragically lost their lives in the legitimate line of duty. I condole with their families. The federal government will give all assistance to the bereaved in a speedy and dignified manner.

10. Reports of vandalism and looting in such places as Lagos, Enugu and Rivers are partly the result of thugs who have infiltrated the legitimate protests in order to further their own nefarious goals and partly the actions of legitimately aggrieved citizens who have unfortunately decided to unlawfully express their anger There will be zero tolerance for any damage done to the lives and property of citizens.

11. Let me also acknowledge that mistakes were made in the security provided during the protests. Thugs should never have been allowed to infiltrate the protests. There were failures of policing during the protests. Some innocent people were arrested while thugs were allowed free reign. I have ordered the immediate release of any Nigerian citizen arrested for lawfully participating in the protest, while reinforcing our zero tolerance policy for those engaging in vandalism.

12. For two weeks, the protests occurred lawfully, without violence and damage to property. To those Nigerians who suspect that the sudden change in the tone and manner of protests is a result of unscrupulous thugs being paid to disrupt the protests and create chaos, I assure you that your suspicions will be fully investigated.

13. The choice to demonstrate peacefully is a fundamental right of Nigerian citizens. It is a right that all Nigerians remain free to exercise.

14. I enjoin all Nigerian citizens to keep in mind that ours is a diverse but united nation. Any appeals to ethnic sentiment must be resisted. Any attacks on people based on ethnicity must be rejected. Whether from the north or from the south, from the west or the east, we are Nigerians. As Nigerians we must unite against forces that threaten our democracy.

15. Some states have set up curfews to maintain law and order, but a curfew without security is a threat to the lives and livelihoods of Nigerians. I will work with state governors to ensure that there is adequate security in all the states of the federation.

16. I would like to thank those state Governors, traditional, religious and youth leaders who have not only appealed for calm but have taken actions to identify with the legitimate grievances of their people.

17. Next week, I will address you again and update you on the ongoing plans to restore our country. I believe that with political will, justice is always achievable. I refer to the truism that there can be no peace without justice. Today I pledge to you my commitment to justice and to peace.

Thank you all. God bless the Federal Republic of Nigeria.

The post The Address President Buhari Could Have Given: A Speculative Piece by Chimamanda Ngozi Adichie appeared first on BellaNaija – Showcasing Africa to the world. Read today!.