Watch the CNN Interview with Falz Everyone is Talking About 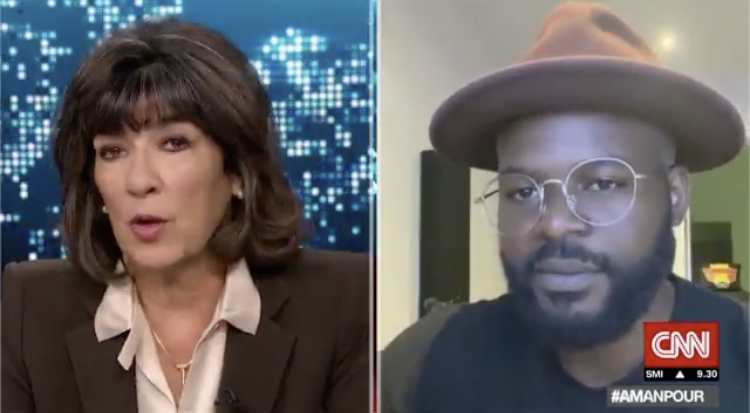 It is remarkable how bold and courageous Nigerian youths have been in the last two weeks; making known their feelings and speaking without fear, calling on the authorities to be accountable and do right by Nigerians, and generally voicing out their opinions while creating awareness for the ongoing unrest that citizens currently feel.

One youth who has gone all out to boldly speak about the issues Nigerians are currently facing is rapper, actor and lawyer Folarin Falana, popularly known as Falz. He has lent his voice on social media, on protest grounds and through various interviews, including the most recent one on CNN which has Nigerians talking and commending his bravery.

When asked if he was afraid for his life, Falz boldly stated, “I’m not afraid for my safety, I’m not afraid for my life because where we are right now, I feel like I could easily die by anything else anyways.” He went further to say, “we have none existent healthcare for example, we have a seriously high level of poverty, there’s unemployment. We’re in a critical state because of how much corruption and just mismanagement of funds that we continue to see on a daily basis. So if I don’t come out to sort of complain about the state of things, I could sit down and you know I could have an accident on my way to work or something… What kind of life am I living anyway?”

Here are some excerpts from Falz’s interview with Christiane Amanpour:

#EndSARS has grabbed the world’s attention, highlighting police violence in Nigeria. @falzthebahdguy has been part of protests since the start and explains the abuses: “They beat people up, they torture people, they murder, they commit armed robbery – it’s everything.” pic.twitter.com/qs1I5A5wtr

The post Watch the CNN Interview with Falz Everyone is Talking About appeared first on BellaNaija – Showcasing Africa to the world. Read today!.