Chrissy Teigen has been quietly mourning her baby Jack whom she lost a few weeks ago, with her husband John Legend. In an emotional essay which she shared on her personal Medium, Chrissy courageously narrates her experience. 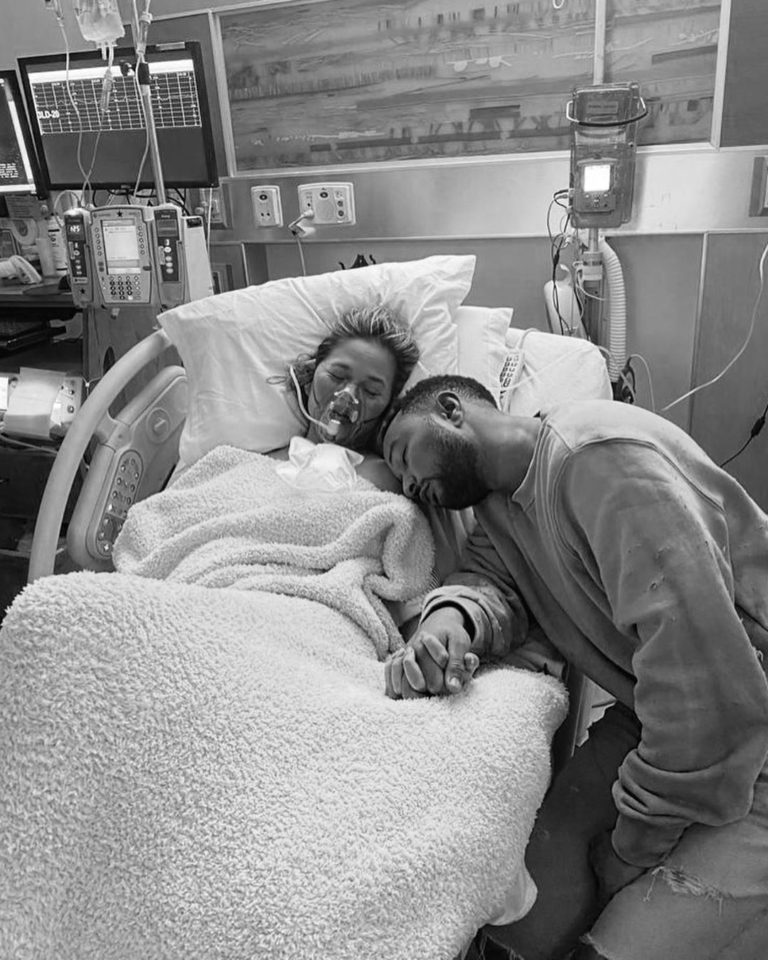 I had no idea when I would be ready to write this. Part of me thought it would be early on when I was still really feeling the pain of what happened. I thought I would sit in the corner of my bedroom with the lights dimmed, just rolling off my thoughts. I’d have a glass of red wine, cozy up with a blanket, and finally, get the chance to address “what happened”.

She thanked everyone who had reached out to her. Stating how relieved she was especially, of the letters that didn’t require a response from her.

Going on to recount her birthing Jack weeks earlier than normal because he wouldn’t have survived in her womb, knowing she would have to say “goodbye” moments later and how she had asked her mom and husband, John, to take pictures of those moments no matter how uncomfortable they might be. And to people who only had something negative to say about the photos, she wrote:

I cannot express how little I care that you hate the photos. How little I care that it’s something you wouldn’t have done. I lived it, I chose to do it, and more than anything, these photos aren’t for anyone but the people who have lived this or are curious enough to wonder what something like this is like. These photos are only for the people who need them. The thoughts of others do not matter to me.

She also shared how life has been since then, pouring out her heart in the essay, her hopes, and how Jack will always remain with the family.