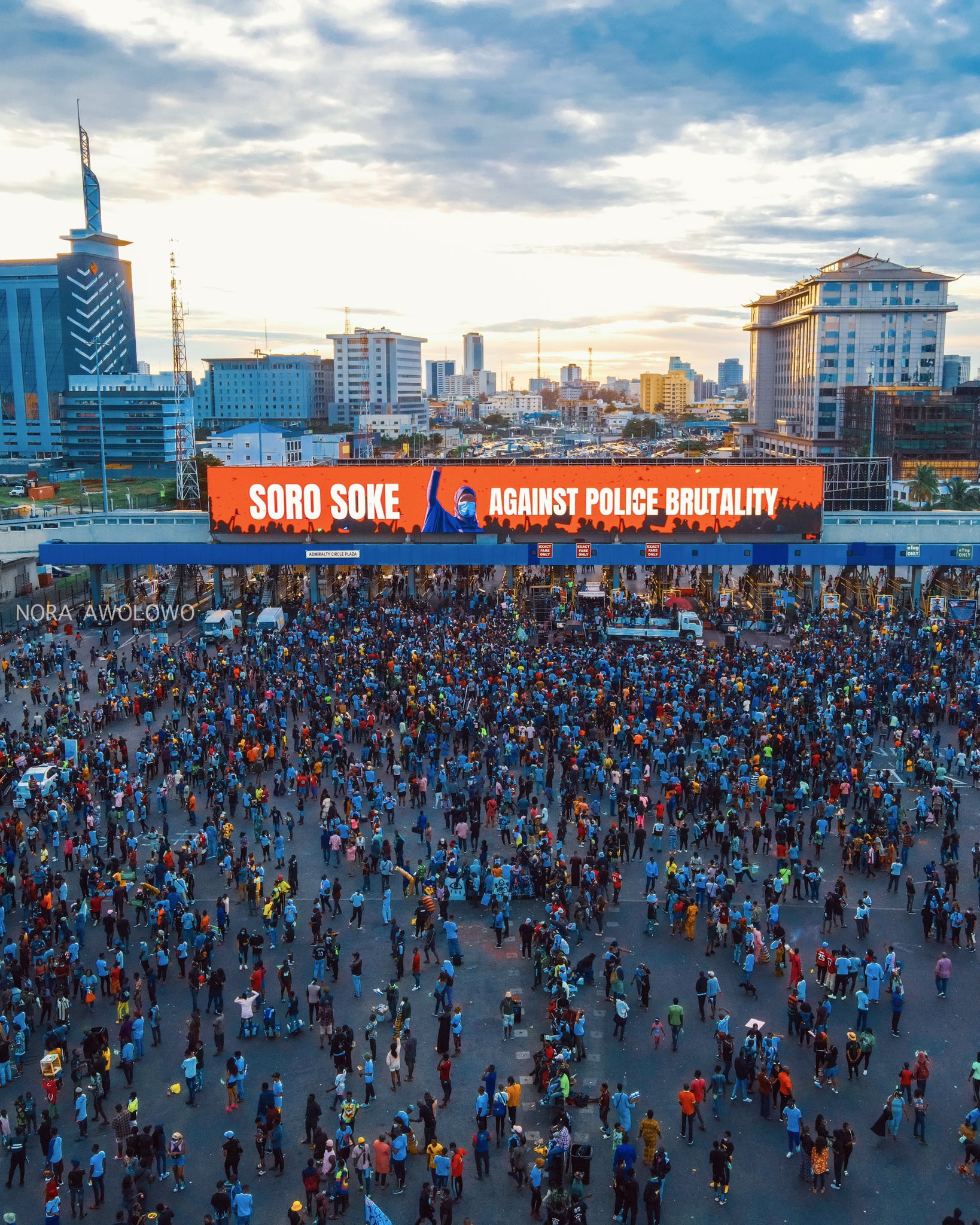 As investigations are still ongoing by the International Criminal Court (ICC), Amnesty International, and the Lagos State Judicial Panel of Inquiry, an extensive report by Premium Times proved the events that led to the massacre. The investigation team were able to put together credible information posted online, accounts by witnesses and victims.

They were able to provide photo and video evidence of victims who sustained different degrees of injuries.

Here are some of what we learned from the investigation:

Some residents of Lekki Phase 1, found a body floating in the lagoon just behind their houses. The residents suspected the floating body could be one of the protesters fired upon by soldiers and alleged by witnesses to have been carried.

According to the Premium Times investigative team, the corpse was that of a man. They say the body was already decomposing. “It was shoe-less. The dead man was wearing blue denim jeans trousers and a flimsy white singlet. It also had a rubber band on its left wrist. The man seems to be slightly bearded, but it was hard to tell as a swarm of flies was already gathered around his decomposing face”.

Eyewitnesses from a shanty close to Oriental hotel told Premium Times what they saw on the evening of the shooting, recounting the horrifying details about the October 20. The residents alleged that “several people were killed and injured by the soldiers”, confirming what DJ Switch said about the soldiers taking the bodies of those shot.

According to an eyewitness, Babajide Sanwo-Olu, the governor of Lagos State visited the scene of the shooting in the early hours of Wednesday and saw some of the dead.

“Why is Sanwo-Olu denying? Because immediately after when that thing happened Sanwo-Olu himself came. He came. He parked at the toll gate. He saw some dead bodies on the ground. Why is he denying,” an eyewitness from the shanty said.

The Shanty residents also alleged that after “the soldiers who initially opened fire on the protesters left the scene, police officers led by Raji Ganiyu, a chief superintendent of the police, and the Divisional Police Officer of the nearby Maroko Division, arrived the scene and continued the attack on defiant protesters who stood their ground despite the military attack”.

You must have seen the CNN interview with Sanwo-Olu, where he said when he visited the toll gate, he did not find a “scratch of blood”, also disclosing in his statement with the press, that no death was recorded during the night attack, despite video evidence from DJ Switch‘s Instalive showing dead bodies at the scene and eyewitness reports.

They say “one of the photos showed a young man wearing a zip sweatshirt over a Versace t-shirt, with his head lying in a pool of blood. Witnesses said that the man was shot in the head by the police officers who arrived the scene after the soldiers left the scene”.

The images are well too gory. You can check it out here.

Abandonment of victims by the Lagos State Government?

Premium Times paid a visit to one of the victims, Nicholas Okpe, who was only volunteering to clean the protest ground at the end of each day’s protest, was getting treatment at the Emergency Unit of Grandville Hospital in Ajah. Describing his health status at the time of visitation, the investigation team said:

He could barely sit up. He had a patch on his right chest where a bullet hit him. A tube was attached just under his right rib cage that drains blood and pus into a container placed on the floor. The bullet was still lodged in his chest while the hospital waits for a consultant to further test before deciding how to proceed.

A doctor at the hospital, who identified herself as Ikemefuna, said:

“He is getting better. He is not on oxygen anymore. God so good it (the bullet) hit him on the right. It (the bullet) pushed his lung to the side. He still needs further review,” she said.

Narrating his ordeal Nicholas said, “his case was so critical that three hospitals rejected him before Grandville accepted to treat him”.

The first hospital they said they cannot admit me. They poured honey where the bullet passed through and plastered and gave me some injection. They said that will sustain me until I get a hospital that can treat me.

He added that “the blood and pus that were drained from him filled the container four times already”.

I’m passing through a lot of pains. I am always in pain. Anytime I cry out they will just give me painkiller and they will go. When that painkiller expires the pain will come again. My head is just too heavy for me with pains.

Raymond Simon, a good samaritan who was not at the toll gate when the soldiers shot at protesters, but was returning home on his motorcycle, decided to take some of those injured during the shooting to hospitals.

He told Premium Times that, “he was returning after making the third trip from nearby Reddington Hospital when he was ambushed by police officers at the toll gate who viciously attacked and abducted him”.

After I was stabbed, they abducted me alongside a corpse. They were driving us around the area and I suspect they were looking for where to abandon the corpse. When they got to Ilasan area, they pushed me down. My hands were tied to the back.

Also, Bassey who was shot in his left hand, but was unable to reach first responders on time due to the blockade set up by the soldiers, said some residents of the area close to the toll gate helped remove the bullet lodged in his left hand.

While, Ukala another victim, was shot in his right arm. He told Premium Times that “the bullet is still lodged in his arm and that he had only received first aid and painkillers. He was told by doctors at Grandville to do an X-ray of the arm before the bullet can be removed”.

All of their accounts contradict the claim of the Lagos government that protesters who were injured would be treated fully free of charge. These victims said the state government did not contribute to their treatments.

Some hospital owners in Lagos State told Premium Times that the Lagos State Ministry of Health was using its Health Facility Monitoring and Accreditation Agency (HEFAMAA), the organisation responsible for registering healthcare facilities in the state, “to intimidate them”.

According to them, “HEFAMAA sent out an online questionnaire requesting details of injured #EndSARS protesters treated at their facilities, a move they said could be used to “arm-twist” them into providing information which might breach doctor-patient confidentiality rule. They said they were particularly worried about the section of the form requesting their registration number”

The post What We Learned from Premium Times’ Investigation on Lekki Toll Gate Shooting appeared first on BellaNaija – Showcasing Africa to the world. Read today!.