Wizkid Speaks to Guardian Life Magazine on Family, Politics & “Made In Lagos” Album 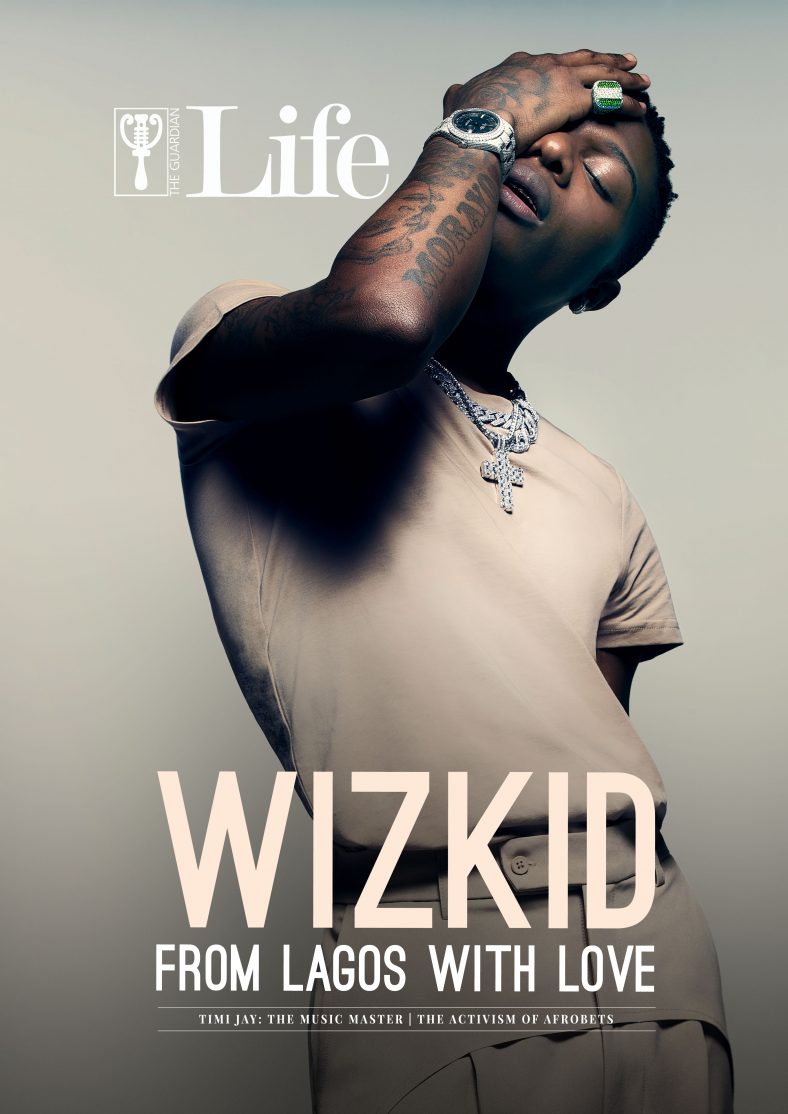 From Ojuelegba to the world, Wizkid has risen to be one of the biggest phenomena out of Africa amassing billions of streams across the globe. Leaving prints on every continent he graces, the Starboy has undoubtedly written his name on the sands of time as one of the greatest to have ever done music in Nigeria, pushing Afrobeats to an international audience.

In a recent interview with the Guardian Life Magazine, Wizkid talks about his life, from challenges to motivation, family, his fans, Politics, his recent album, “Made In Lagos,” and the legacy he wants to leave behind. Expressing that his family remains his biggest source of motivation and ultimate support system, he said:

While he admits that the journey to the top did come with hurdles and challenges, he made sure to keep moving and never back down, holding strong to his belief in God and himself.

I never relented and kept on working, believing in myself and I still believe in myself more than anyone else. It’s just been years of hard work, belief, and the grace of God.

He said he had always been a dreamer and regardless of what people say to him or about his vision, he would always continue to dream big and not let the opinion of others guide or influence his perception of himself or how great he could be.

Having been raised in the suburban area of Surulere, Lagos, Wizkid is passionate about the city to which he attributes the foundation for his success today.

The music I grew up listening to walking down the street, the Fuji music that plays from the sound system of people that sell cases on the road, the Makossa that plays when your standing at the bus stop, it’s these experiences that influenced me to be who I am today, that’s what influenced my music and  that‘s why I don’t joke with Lagos, Nigeria, Africa [my home]

Although he had been away from the city for a while due to the pandemic, he found a way to stay connected to with home;

I’m still very much in touch because it’s the same timing [you know], my family is still there and I talk to my people in Lagos every minute. It’s like I’m still there in Lekki, in Surulere, because I talk to people there every day.

It is virtually impossible to talk about the superstar without mentioning his strongly devoted fanbase, dubbed Wizkid FC who go all out for him celebrating every one of his achievements and pushing his brand the best way they can. He remains grateful to them, stating that he doesn’t take their love and support for granted.

I love them pass, I’m thankful and I appreciate everything, it’s impossible for me to reply to everybody but I appreciate all the love.

I wanna take this opportunity to thank everyone that has been supporting the album and just talking about it in any way like I just want to appreciate you guys and I wanna say a big thank you to everyone. To my fans, I’m nothing and I wouldn’t be anywhere without you.

On politics and activism, Wizkid who recently took a U-turn from not getting involved in politics to calling out the president and other state leaders on their complacency towards issues being faced by citizens and using his platform to advocate for police reform and good governance affirmed that he was done being quiet. Recognizing that although these issues may not directly affect him as much as the average person due to his status, it is essential that they are addressed and injustice in all forms especially police brutality is actively fought against.

We can’t keep quiet anymore, now it’s past the level of sitting on the fence. I mean it’s 2020, and all these shouldn’t even be a conversation at this time.

I have cousins that go through this sh*t every day like I have family that has been harassed and they have their own stories so it affects me. My child is 9 years old, about to be 10 so he’s growing up and going out and if I don’t talk about these issues it’s like I’ve failed him

It’s personal for me and I will continue speaking about it, any opportunity I get I will speak about it.

He reiterated that on several occasions, he has had to place a call from London to bail out members of his team who were being harassed by the police.

Regardless of being in London, it still gets to me because on various occasions I’ve had my boys, producers, cousins or somebody call me to talk with policemen that have stopped them and make them understand that these people are being truthful and they’re working with Wizkid and that’s madness to me [you know] I’m being affected by it cos I have people in Nigeria working with me that have to be on the road and when they get stopped it affects them and ultimately affects me so I’m directly affected because they’re affected.

Also speaking on his recent album, “Made In Lagos”, Wizkid explained that the delay in releasing the album which had been widely anticipated by fans even months before its release was due to his nack for perfection as he wanted to make sure that it felt perfect in every way.

When asked about how this album differs from his last, “Sounds From The Other Side“, Wizkid told Guardian Life that he surpasses himself every time he makes new music. He said:

Every time I go to the studio, I try to make something different. I don’t go in the studio making something that made people dance yesterday. I’m not that kind of artiste. I try to better my craft, better my sound, and improve my mixes. That’s the kind of artist I am. This album is just part of that growth. The elevation of the sound, a continuous story of my life.

Sharing how he felt about featuring his 3 children on the video of his song, “Smile“, Wizkid admitted that it was an amazing feeling for him and contrary to popular opinion, he is very much involved in the lives of all his kids. However, he tries to shield them from the public eye as much as he can, stating that he chose the life of fame and not them, so he wants them to have a normal childhood.

One of the most amazing feelings is seeing your kids come together. For me, it was very important to put that out because I am a very quiet and low-key person and I am very much in my kids’ life but I am not the one to come and show you that yeah, I’m hanging out with my sons. I am not that kind of father, I chose this life, and they didn’t choose it. I try to raise them as normal kids as much as I can.

He went on to elucidate that having them on the video was important to show how much of a blessing they are to him.

On how he has managed to stay consistent over time with his music and success, he humbly ascribed it to luck and hard work. He also said that he doesn’t have a favourite of all his songs as he puts his heart into every one of them and they’re all special to him.

On his legacy, he said he wants to be remembered after he is gone, and he had this to say:

Those are things I don’t think about, I just know if you’re a good person in life and you do good and work hard, you will inspire people and you’ll never be forgotten. From music to other areas like the government, I believe you’ll be remembered for your actions and the life you lived.

Read the full feature on guardianlife.ng

The post Wizkid Speaks to Guardian Life Magazine on Family, Politics & “Made In Lagos” Album appeared first on BellaNaija – Showcasing Africa to the world. Read today!.