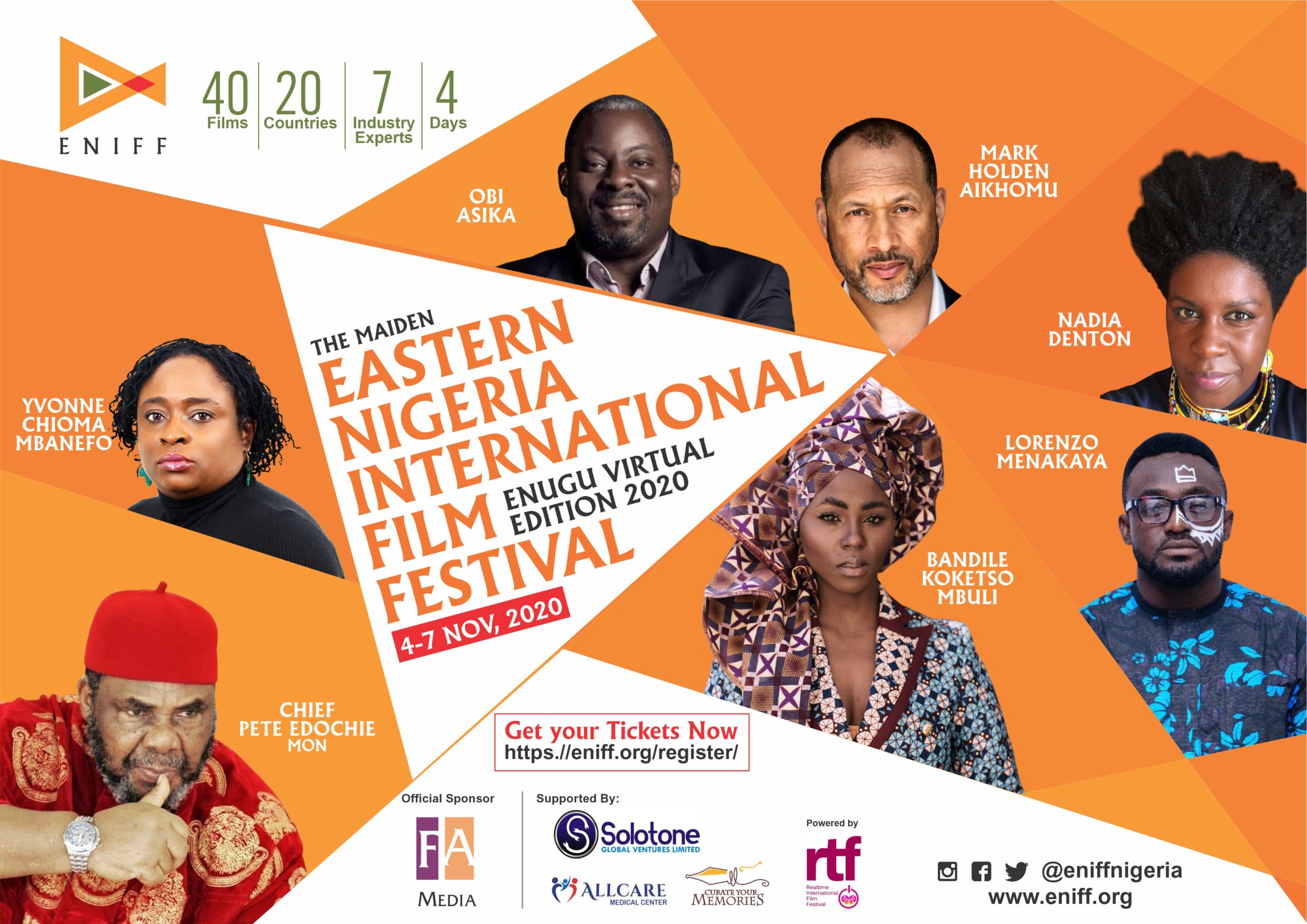 The Eastern Nigeria International Film Festival was originally planned to be a physical event at Enugu, but hit by the pandemic, the festival is now going online. Starting from Wednesday, November 4th, to Saturday, November 7th, 2020.

There will be industry sessions tagged “Ideas @ ENIFF” by Nollywood veteran Pete Edochie, British-Canadian Actor Mark Holden, African film curator Nadia Denton, and a host of others. Awards will be presented at the closing ceremony in different film categories.

Thought-provoking South African documentary “A New Country” and Mexican masterpiece “ANYA”, will also be screening at the festival.