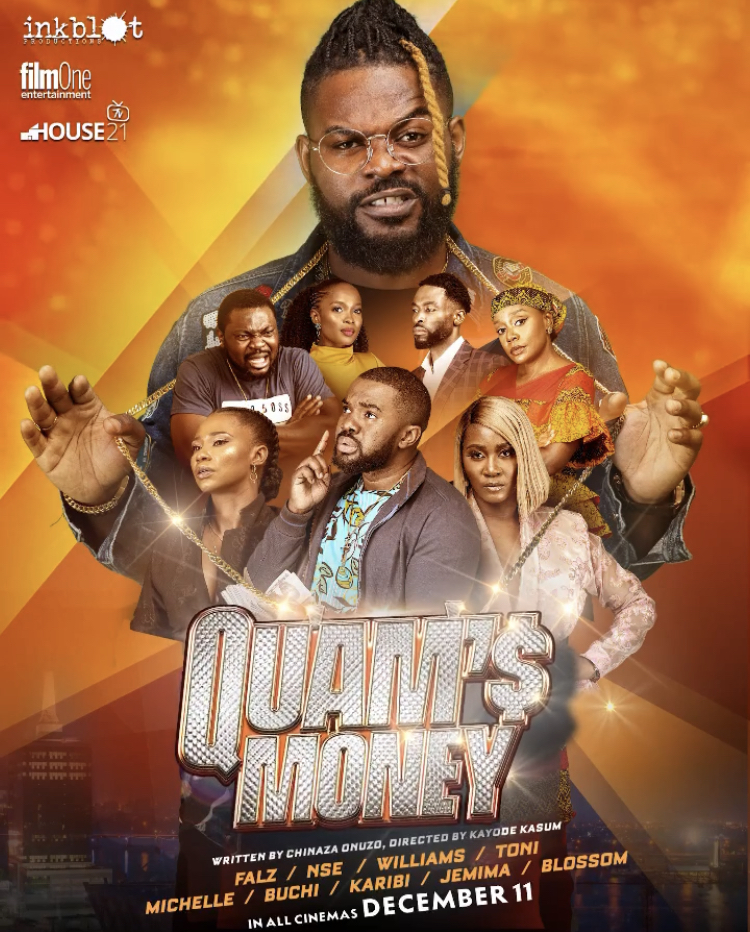 There’s a spin off of Inkblot Productions and Filmone Distribution‘s 2018 film “New Money” and this one is titled “Quam’s Money“.

“Quam’s Money” follows the adventures of security guard-turned-millionaire ‘Quam’ played by Folarin ‘Falz’ Falana as he navigates the world with his new found wealth.

‘”Quam’s Money” is out in cinemas nationwide on December 11.