What’s better than a remix?… An EP of remixes! DJ Neptune‘s “Nobody” which featured Joeboy and Mr Eazi, is unarguably one of the biggest records of 2020, with massive airplay from different countries across the globe. The smash-hit generated over 85 million streams worldwide and topped Apple Music’s singles chart in fourteen countries.

It’s no wonder the music wizard decided to make an all-inclusive extended playlist to cater to the vast number of fans that the afrobeats tune has amassed worldwide. 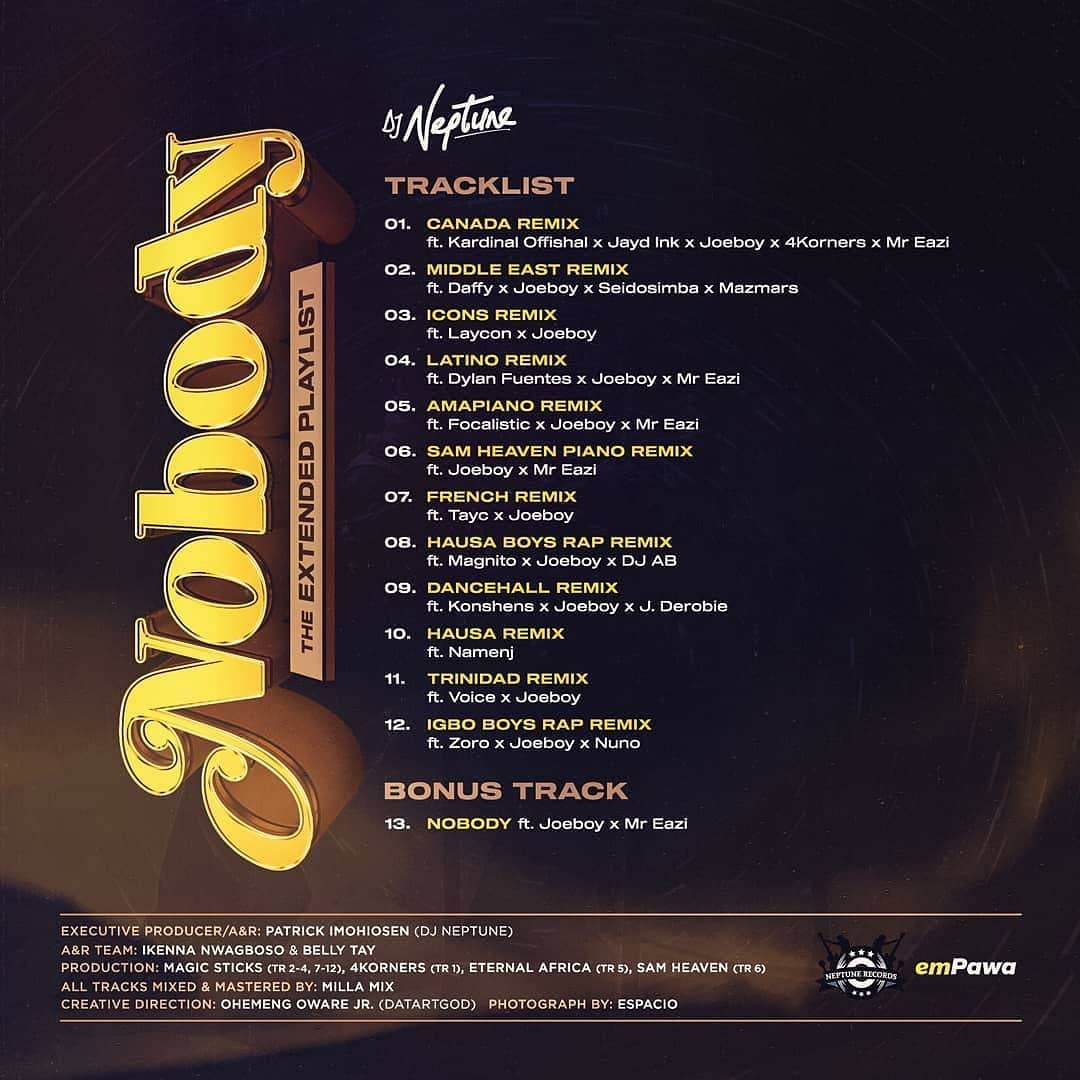 Stream the Playlist below: