Kamala Harris is the First Female, Black & South Asian US Vice-President – Get to Know Her 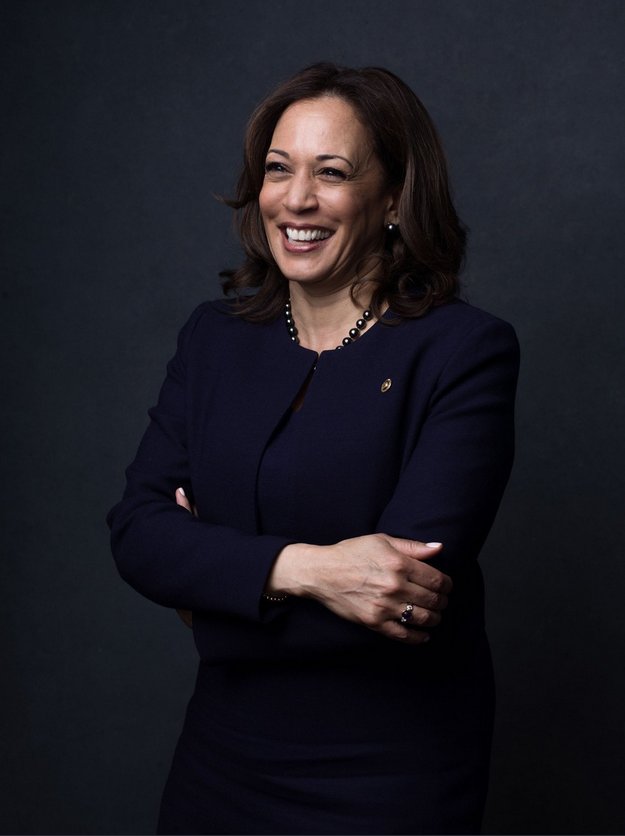 Kamala Harris made history as the first Black woman and the first person of Indian descent to be elected as vice president of the United States. From San Francisco district attorney to California attorney general and the second-ever Black female US senator.

The excitement about her win extends to women across races. For this, women will continue to see themselves represented.

“That I am here tonight is a testament to the dedication of generations before me,” the vice president-elect said during her Democratic National Convention acceptance speech in August, commending women like Constance Baker Motley, Fannie Lou Hamer and Shirley Chisholm. “They organized, marched, and fought, not just for their vote, but for a seat at the table.”

In an interview with Essence, she said:

We’ll work to root out the systemic racism in our courtrooms, our prisons, and our criminal justice system. In our first 100 days in office, we will create a national police oversight commission. We’ll get every police department in the country to undertake a comprehensive review of their hiring, training, and de-escalation practices, and work with local police departments on real community policing. We’ll investigate systemic police misconduct and require departments to reform.

Above all, we will work to unite the American people—people of all ages, races, and backgrounds—around the belief that we can make progress together if we commit to the ideals that we share.

But Joe and I can’t do this alone—and we’re grateful that Black women across the country have had our backs.

According to Forbes, “during her first term as California’s attorney general, she was largely averse to prosecuting police killings but shifted course slightly in her second term, expanding her office’s involvement in reviewing police misconduct and pushing for modest reform. She has led calls and sponsored legislation for sweeping changes in policing following the deaths of numerous Black men and women in police custody”.

She was born in 1964 to two parents active in the civil rights movement. Shyamala Gopalan, from India, and Donald Harris, from Jamaica, met at the University of California, Berkeley, then a hotbed of 1960s activism. According to CNN, her mother was a breast cancer researcher; she died of cancer in 2009. Her father is a Jamaican American professor of economics.

They say during the campaign trail, the Kamala Harris often talked about how her activist parents would push her in her stroller at civil rights marches.

She attended Howard University, a historically black university, and pledged Alpha Kappa Alpha, the nation’s first sorority created by and for black women.

Harris is married to a Jewish man, Doug Emhoff.

Hopefully, her victory will usher more Black women and people of colour into politics.

The post Kamala Harris is the First Female, Black & South Asian US Vice-President – Get to Know Her appeared first on BellaNaija – Showcasing Africa to the world. Read today!.