We Have the Tracklist for Timaya’s Forthcoming Album “Gratitude”

Timaya is getting ready to release his 8th body of work titled, “Gratitude“, which is scheduled to drop on Wednesday, November 18.

The new album houses 15 tracks, it includes previously released singles, “Born to Win“, “Gra Gra“, “I Can’t Kill Myself“, with no features. 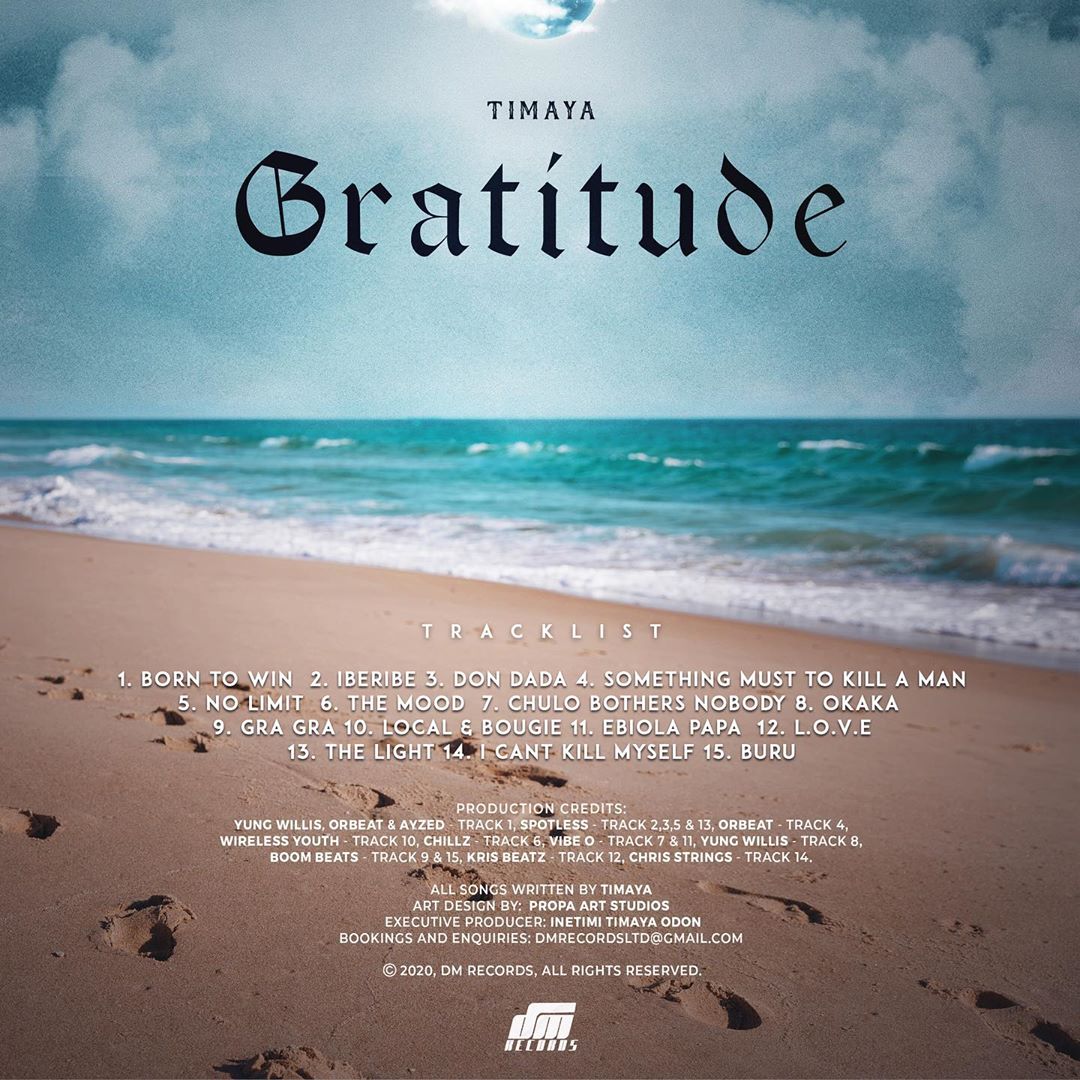 The post We Have the Tracklist for Timaya’s Forthcoming Album “Gratitude” appeared first on BellaNaija – Showcasing Africa to the world. Read today!.