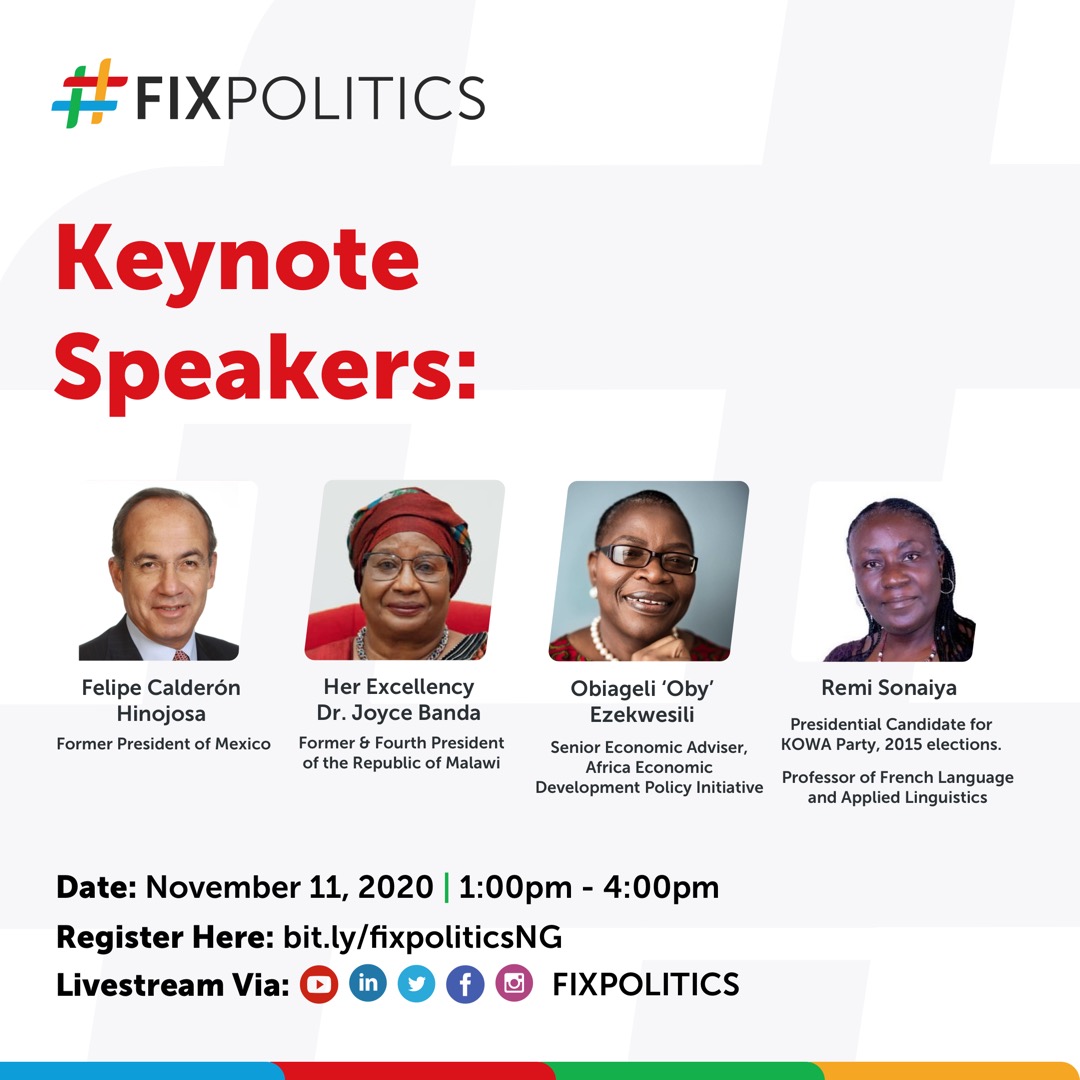 #FixPolitics NG, the brainchild of Dr. Obiageli Ezekwesili, former Vice President of the world bank and a presidential candidate in the 2019 general elections is set to launch on Wednesday, November 11, 2020.

Leading the conversation on fixing Nigerian politics, is immediate past chairman of the Independent National Electoral Commission, Professor Attahiru Jega, who will be joined by remarkable Nigerians including Aisha Yesufu, Iyinoluwa Aboyeji, Jude Abaga a.k.a. M.I Abaga, Cynthia Mbamalu, Yemi Adamolekun, Samson Itodo, among others. Dike Chukwumerije will render the spoken word on #FixPolitics.

The event will consist of 4 live panel sessions. Prof. Chukwuma Soludo, Pastor Tunde Bakare, Fakhrriyah Hashim and Adamolekun are expected to speak at the first-panel session titled, “Is there an Emerging Consensus to Fix Politics?” which will be moderated by Dr. Jibo Ibrahim. 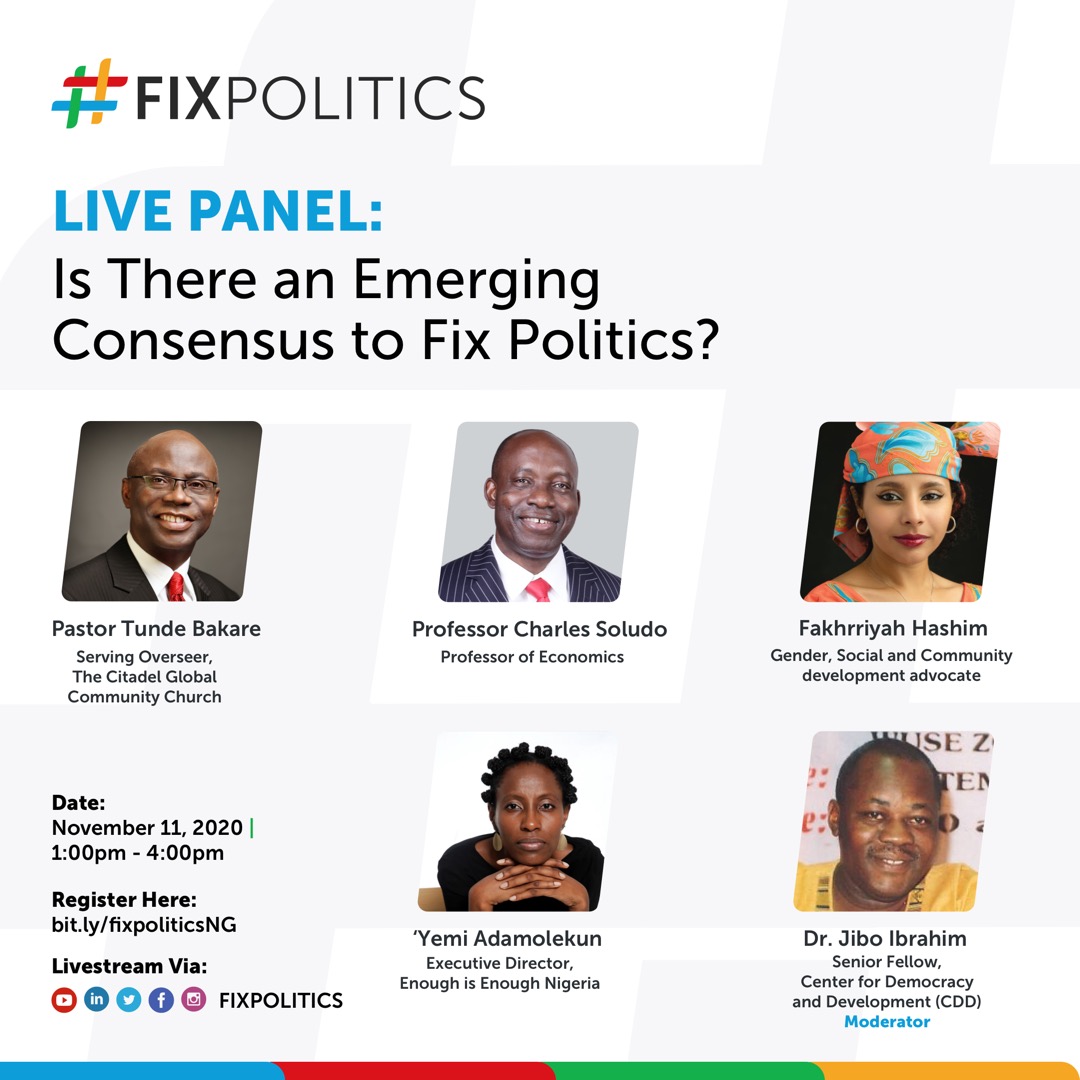 The discussion, “Emerging a New Value-based Political Class.”, will be handled by Dr. Hakeem Baba-Ahmed, Aboyeji, and Mbamalu with Dr. Amina Salihu serving as the moderator. 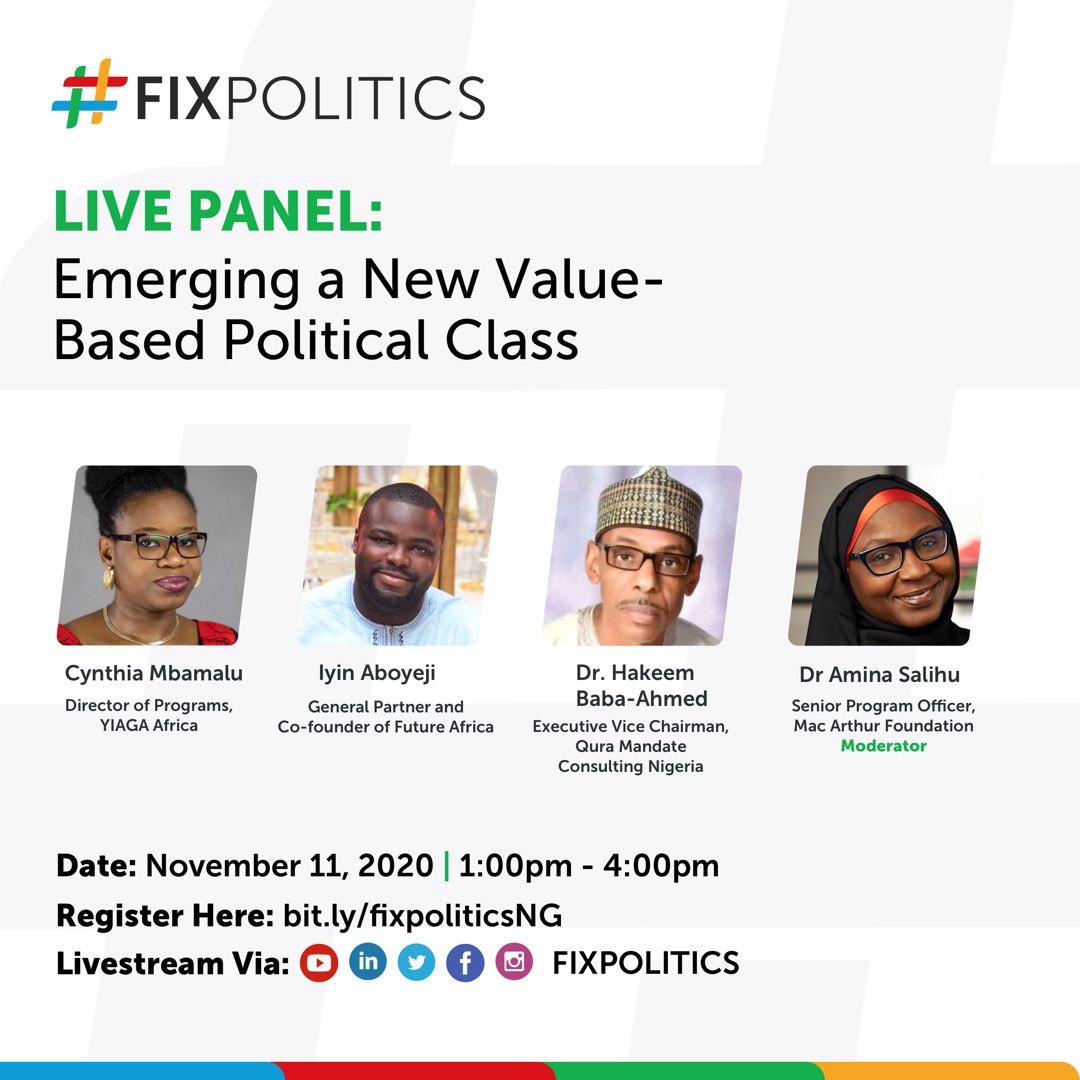 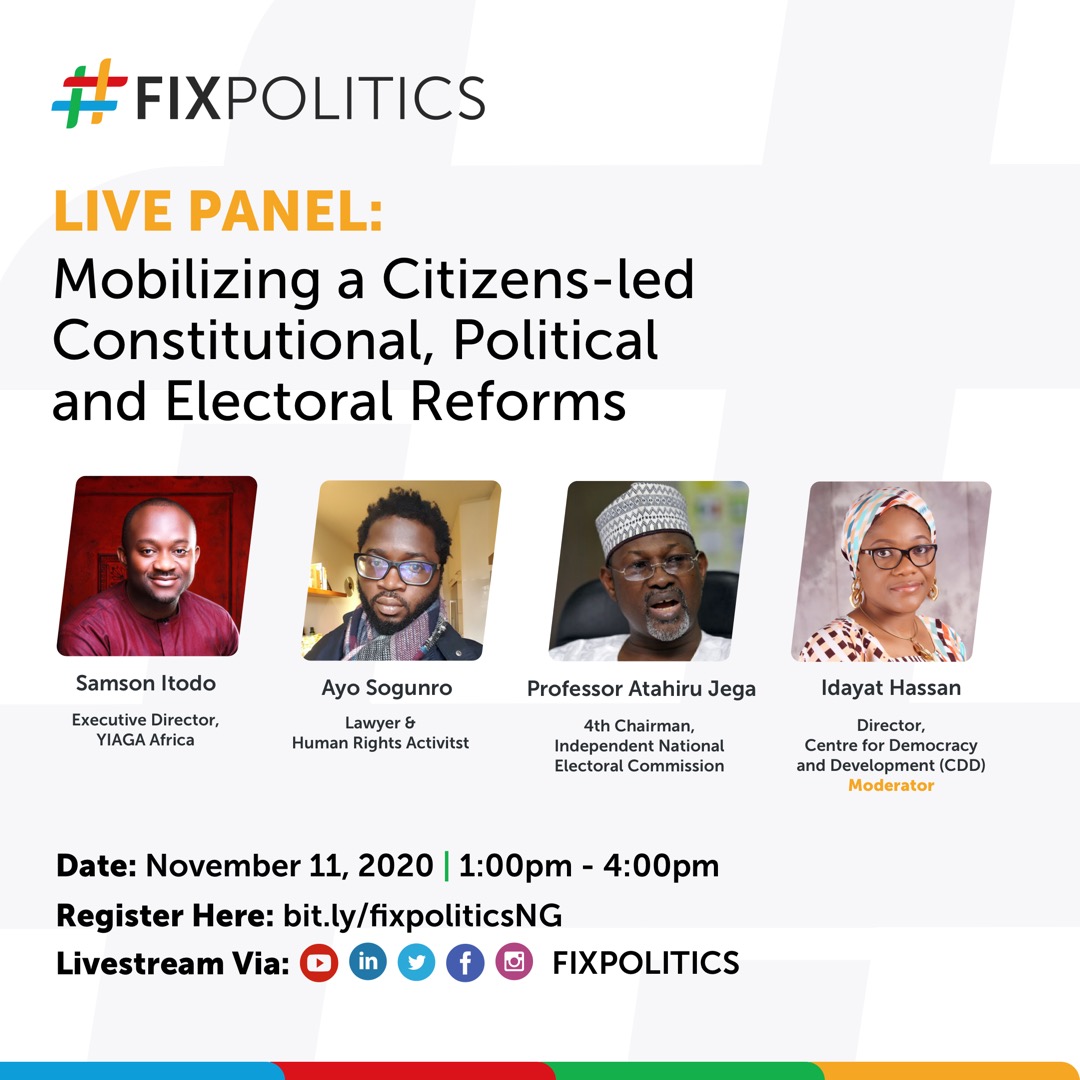 The event will feature a documentary on “The Journey to #FixPolitics” as well as another panel session on “Emerging an Empowered and Engaged Electorate.” Members of this panel include Ndi Kato, Adewunmi Emoruwa, and Dr. Usman Bugaje alongside Chioma Agwuegbo who will be moderating the session. 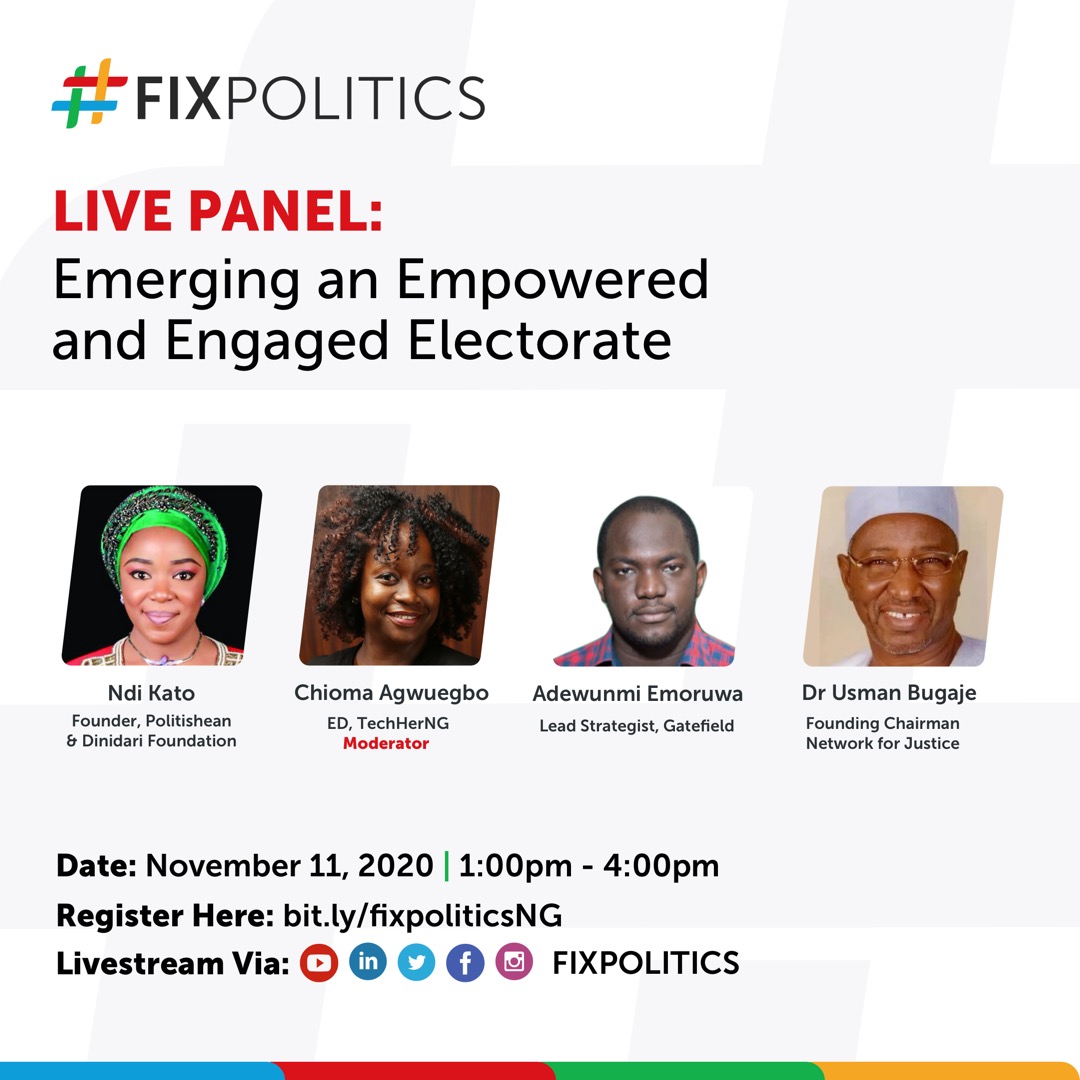 This event will be live-streamed via Facebook at Fix Politics NG and on other social media channels of the Work Study Group of #FixPolitics. 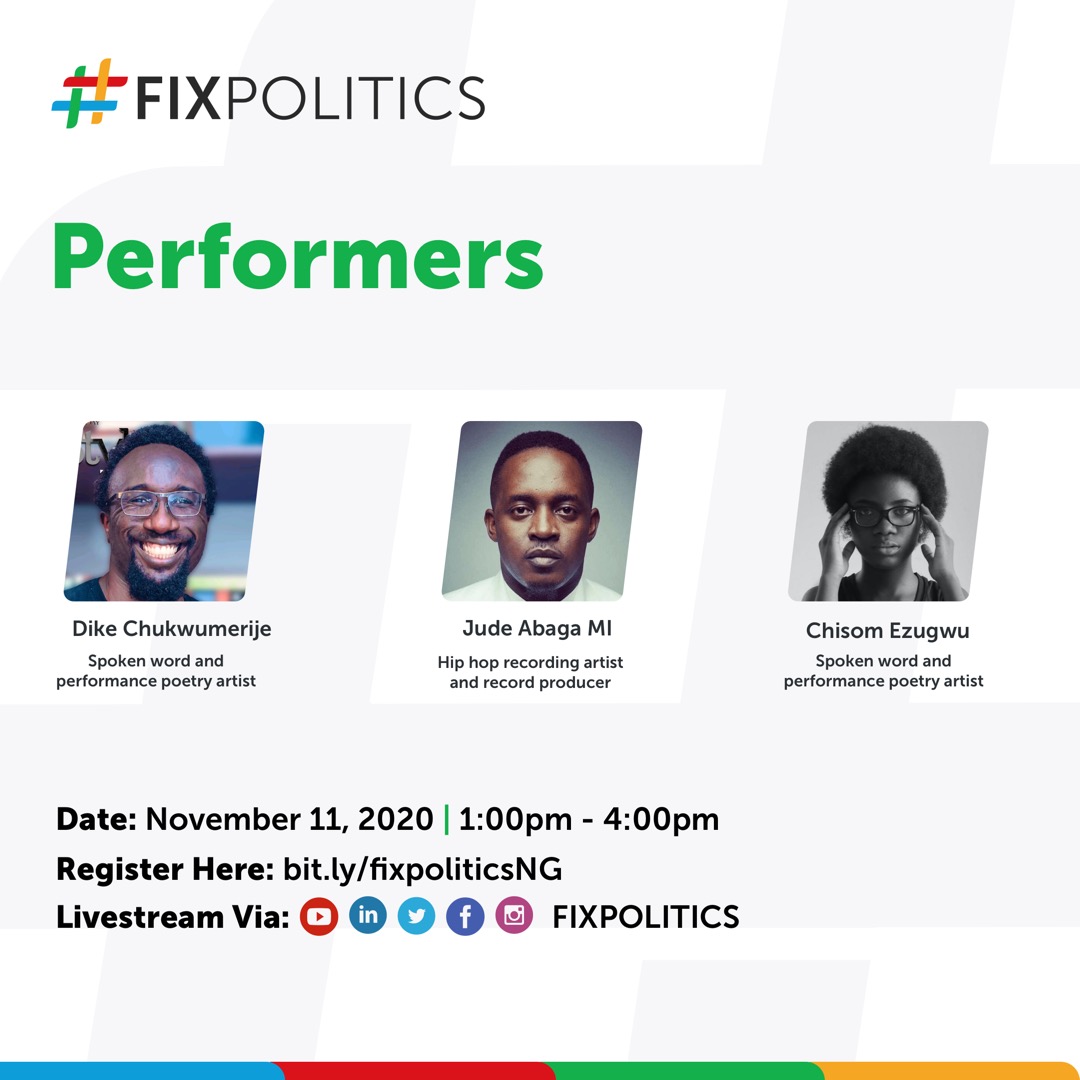 Speaking on the Work Study Group, Dr. Ezekwesili said that the group aims to create an audience of responsible citizens who will steer the democracy of the country back on the right track. In a statement made through her spokesperson, Ozioma Ubabukoh, she said,

The Work Study Group aims at using the public launch of #FixPolitics to inform Nigerians about the research outcomes and stimulate public conversations and unleash ideas that will help emerge an empowered and engaged electorate, produce a new value-based political class and mobilise a compelling public campaign for constitutional, political, and electoral reforms.

The overarching objective of the public launch event is to provide opportunity for a ‘Call-to-Action’ to a wider audience of citizens to join the Work Study Group members of #FixPolitics in crystallising the most effective collection action programme that can transform Nigeria’s politics.

Such launch of activities that will over the years and decades consciously and systematically mobilise citizens across multiple divides of the Nigerian society to take responsibility and collectively course-correct their struggling democracy is the ultimate mission of #FixPolitics.