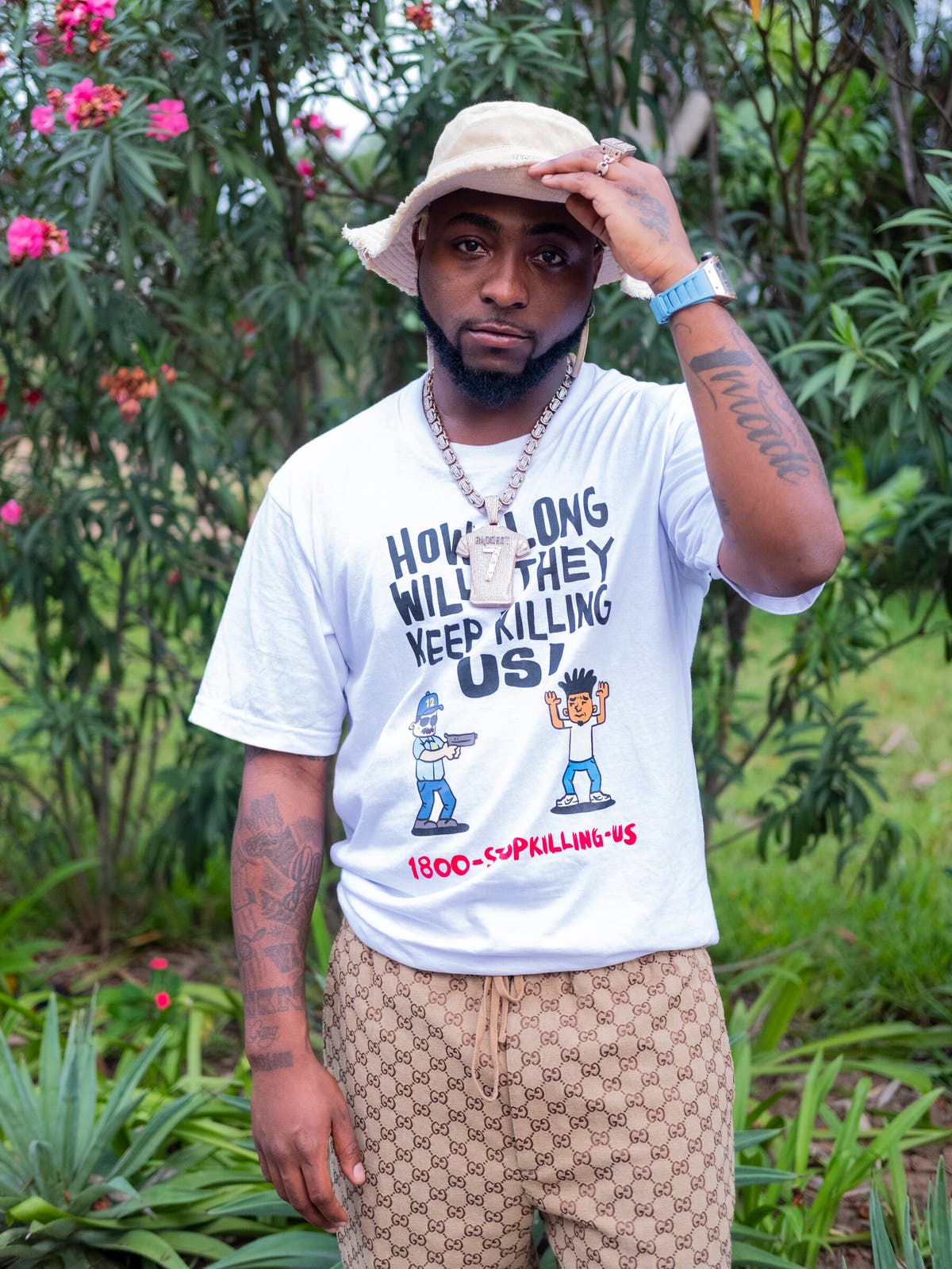 Photo via: The New York Times

The topic of Afrobeats cannot be discussed without the name, Davido coming into the conversation at some point. The A-list Nigerian musician and DMW label boss has and continues to contribute heavily to the growth and export of the Nigerian sound across International borders.

Davido who has just released his third album, “A Better Time” has been described by the New York Times as “An upbeat voice in a turbulent time” in a new issue where he talks about his journey thus far, new album, and the #EndSARS movement against Police brutality and extrajudicial killings and harassment in Nigeria. Notably, his song “FEM” was adopted as a protest song even though it was quite unrelated to the subject matter. Addressing this he told NY Times,

It was on an entirely different subject. What the song is literally saying is to tell somebody that talks too much to shut up.

Speaking further on the movement, he said;

They kept on saying, ‘Yeah, but give us time, give us time, but it’s like, yo, we’ve given you time. You have to understand people have been fighting this system since 1960. It’s long overdue. And it doesn’t even end with SARS. EndSARS is one of a million problems.

Speaking on the album, Davido stated that it only consists of music that makes people happy, noting that Africans always like to find joy regardless of what situations they face.

Davido had to cancel his sold-out, 26-show American tour soon after it began due to the pandemic, however, this may somewhat now be viewed as a blessing in disguise as this period saw to the production of over a dozen songs, 17 of which are on the new album. “I just kept on recording. I had nothing else to do,” he said.

Having been born and spent a considerable amount of time in America, Davido says “I’m from both sides of the world. I’m from Nigeria and at the same time, I’m from America. And it’s like both sides are going crazy right now.”

Speaking on the influence of America on his sound, he asserts,

I wouldn’t say my time in the States affects my African music. But my style, the way I dress, my attitude, my charisma, the way I run my label — I think I get a lot of that from studying the American system and people like 50 Cent.

He reiterates that his biggest records in America are records where he spoke in his local dialect. Also recounting how his “Holy Ground” collaboration with Nicki Minaj came to be, he said he had reached out to her on Instagram where she follows him,

I’m like, ‘Hello, Nicki, I’m a big fan. I got a hit for us.’ She says, ‘Send it.’ I’m like, what? And then I send it. And two days later she sent it back. That’s exactly what happened: no label in between, no mutual friend, nothing like that. It was just plain magic.

Although excited about his new body of work, Davido admits that not being able to perform as a result of the Pandemic is taking a toll on him.

The post The Need-To-Know Details about Davido’s “A Better Time” in His New York Times Interview appeared first on BellaNaija – Showcasing Africa to the world. Read today!.