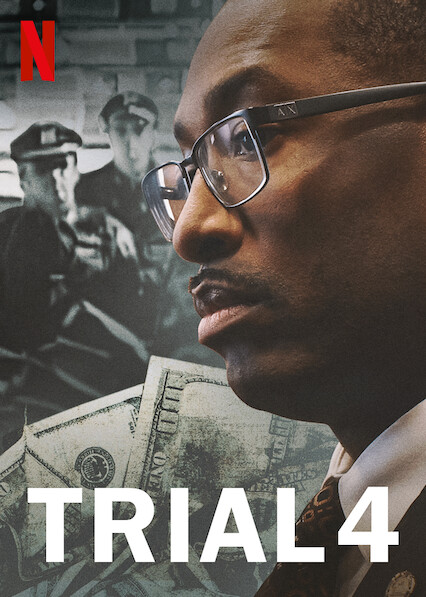 Over the years, the issues of racial profiling viz systemic racism, miscarriage of justice as well as police misconduct, has become a leading conversation. People have become bolder in addressing these issues that have most especially plagued people of color.

Netflix docu-series, “Making a murderer” which was released 5 years ago was instrumental to a new wave of telling the true stories of the victims of this malady.

These issues are just as recent as they are old as the problem of injustice towards blacks is still commonplace in the United States. Recently, a new wave of #BlackLivesMatter protests rocked the US as Americans came out in droves to say, “Enough.”

The trouble of Police misconduct, profiling, and misappropriation of Justice is not peculiar to the United States, as even recently in Nigeria, thousands of youth had taken a stand to protest against similar issues with the #EndSARS movement which spread across the country and beyond.

This new Netflix documentary follows the story of a Boston man, Sean Ellis who spent decades in prison trying to abdicate himself of a wrongful conviction for the murder of a police officer.

The new docuseries Trial 4 tells a timely story about police corruption against the backdrop of systemic racism in America.

Ellis who was just 19 at the time, went on to serve more than 20 years in jail until a new attorney, Rosemary Scapicchio, took up his case. She stated that the Police’s account of the story didn’t add up, winning him a right to a fourth trial (hence, the title).

The series which was directed by Rémy Burkel who used animation to re-enact the actual crime and theories of what may have transpired, premiered on Netflix on November 11, 2020.

A Boston man spent decades in prison trying to prove he was wrongfully convicted for killing a police officer. The new docuseries Trial 4 tells a timely story about police corruption against the backdrop of systemic racism in America.

The post This Netflix Docu-Series “Trial 4” is so Timely | Watch the Trailer appeared first on BellaNaija – Showcasing Africa to the world. Read today!.