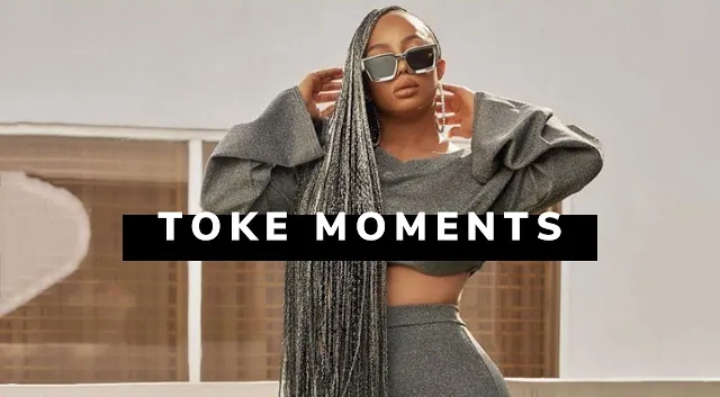 It’s another fun episode of Toke Moments and this time, Toke Makinwa gets real. She dives into Pastors and the reality of their Journey. She says,

This week’s vlog is deeeeeeep! The pastor of hillsong church NYC recently put up a post on Instagram that took the air out of me, he had shared recently with the world that he was stepping down from the pulpit because he had been unfaithful to his wife. Now this vlog is not to shame or Judge him but to talk about the need to face the race to heaven on your own, find God yourself, stop idolising people who are also struggling just as you are. we are all men/women/daughters of God. As I read his post, I went from shock to sad and then admiration. I do not condone infidelity but there was something about how honest he was that made me less judgemental but more empathic. I loved how he came out to address the public , (howbeit on social media), I love how vulnerable he was and truthful if I can say so, I love how relatable he was and lastly, I love how accountable he was. It was not a blame it on the devil, the temptress or denial, it was blame it on ‘me”. I am accountable, I know I should have done better but I dropped the ball. it left me feeling like if all men of God shared some of their inner struggles and acted less perfect, perhaps we won’t hold them all to unattainable standards after all before they became “Men” of God, they are first men,, perhaps if they were less arrogant in thinking that they are Jesus’s assistant and humbly aware that beyond religion, we are all saved by his grace to lead by transparency, maybe, just maybe the world will be a better place.

The post Spirituality & Honesty – Toke Makinwa gets Real on this Episode of “Toke Moments” appeared first on BellaNaija – Showcasing Africa to the world. Read today!.