Lekki Toll Shooting: How Everyone is Reacting to Lai Mohammed’s Statement on CNN’s Investigative Report 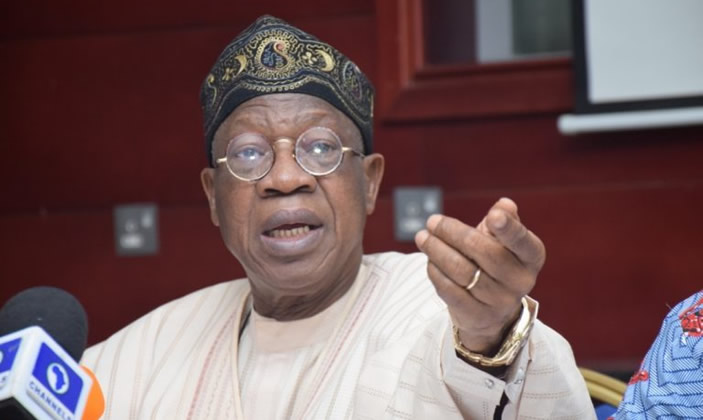 On November 18, 2020, CNN released an investigative report showing that despite the Nigerian army’s denial, live rounds were fired at the Lekki tollgate, killing and injuring several innocent lives.

In a press conference that has now sparked a lot of reactions from Nigerians, Information Minister Lai Mohammed described the investigation done by CNN as one-dimensional as he insisted that the military fired blanks into the air whilst claiming that CNN relied only on unverified reports from social media.

Lai Mohammed expressed that the federal government is satisfied with the roles played by the military, police, and other security agencies during the #EndSARS protest. He said,

We insist that the military did not shoot at the protesters at Lekki. They fired blank ammunition into the air. Anyone who knows anyone who was killed at Lekki toll gate should go straight to the judicial panel with evidence.

At this point, it is important to say that the Federal Government is very satisfied with roles played by the security agencies, especially the military, and the police all through the EndSARS crisis. They were professional. Even when their lives were at stake, they exercised uncommon restraints. Their professionalism saved many lives and properties.

How exactly does Lai Mohammed plan to sanction CNN?

Rather than take the findings from the investigation and do something about it, your plan is to cast aspersions on CNN

All the comedians in Nigeria should resign, we have comedy for days. The only problem is we’re not laughing

I don’t think Mr. Lai Mohammed follows the Vice President on Twitter. Is he aware that he is contradicting the Presidency on the Lekki shooting? pic.twitter.com/Y9jP4Il4gz

Lai Mohammed’s lies have now become a danger to humanity. He must be made to face the international criminal court before he destroys Nigeria totally. In addition, he deserves a visa ban. #EndSARS #LekkiMassaccre

CNN that literally fought the President of the United States to a standstill is who Lai Mohammed wants to “take action” on.

Does Lai Mohammed really want to do this?

Sanction CNN? LOL. If CNN could be sanctioned, Donald Trump would have done it long before Lai Mohammed considered it. Whatever CNN served with that extraordinary & impressive fact-based Lekki Shooting report, they’ve served Trump a million more. Live with it or get serious.

Lai Mohammed is branding @CNN‘s report on Lekki “irresponsible” and calling for sanctions against them.

A toothless statement. Arrest the CNN journalists if you really can.

Lai Mohammed wants to sanction CNN.. the same CNN that cut off Donald Trump Midway during his live press conference saying ” The president is lying and this is false information “.

CNN came with proof that the Nigerian Army attacked peaceful protesters at Lekki toll gate with live bullets.
Lai Mohammed said CNN is lying. No proof, no videos, no witness statements, just vibes and “trust me my guy, I no fit lie for you”
Na wereys dey rule us for this country

Lai Mohammed said CNN should be sanctioned, Who will sanction the government for freezing bank accounts illegally?
All Lie Mohammed knows is to disseminate false information, Minister of lies!!!

How could Lai Mohammed possibly be the Minister for Information and culture in a country as blessed and intelligent as Nigeria? Something is spiritually fundamentally wrong? Nigeria 🇳🇬 really leaves a sick feeling in my stomach

They are trying so hard to shut down every evidence against them, I can’t wait to get out of this bondage of a country.

Lai Mohammed is a reason why we should vote all these bad politicians out of the office!

The post Lekki Toll Shooting: How Everyone is Reacting to Lai Mohammed’s Statement on CNN’s Investigative Report appeared first on BellaNaija – Showcasing Africa to the world. Read today!.