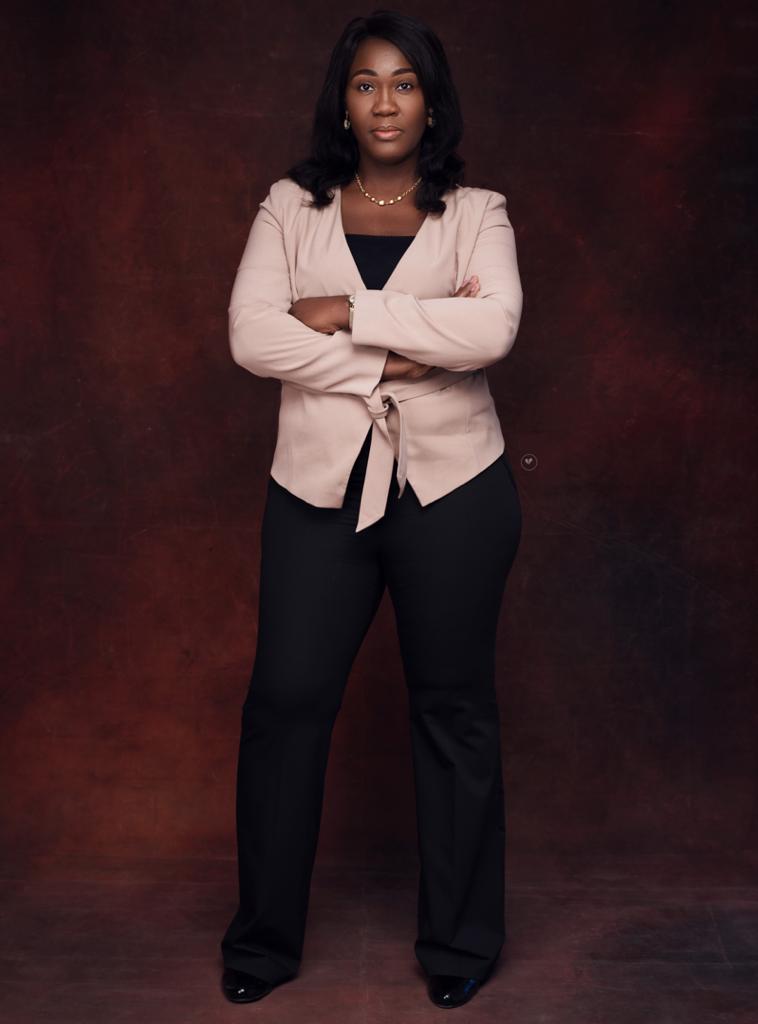 Blessing Amidu, Executive Producer and Producer of Ladybuckit and the Motley Mopsters

Ladybuckit and the Motley Mopsters is poised to make history as the first feature-length animated movie produced in Nigeria to be released in cinemas. A venture of this magnitude was born out of a personal moment shared by a mother and her children.

Blessing Amidu, the businesswoman and creative mind behind this animation shares the heartwarming story of the beginning of this incredible five-year journey. “From spending time with my kids and observing their mannerisms, it struck me just how similar they act to a lot of the cartoon characters that they watch.” One day, her son who was five at the time, rolled happily into her room, wearing only underpants and holding onto a pair of slippers. Tickled by his animated antics, she remembers teasing him about it, “See him looking like a cartoon character.” 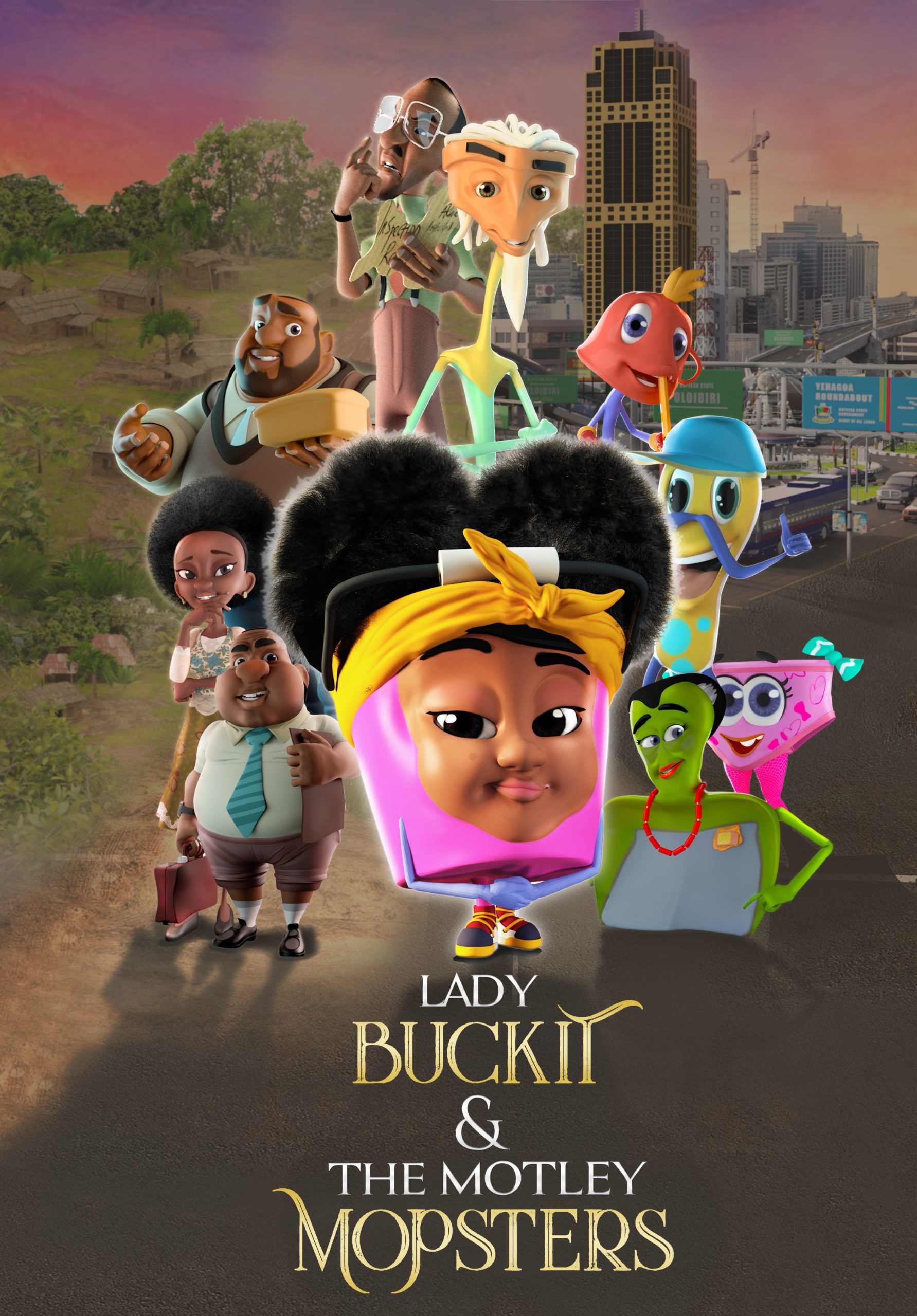 Her daughter, 12 at the time, who had witnessed the encounter, and had an affinity for sketches and drawing, pointed out that it was not impossible to create animated characters inspired by her brother’s expressions. Needless to say, that moment marked the beginning of the journey that will eventually lead to Ladybuckit and the Motley Mopsters (LBMM).

However, the Motley Mopsters were not always headed for the big screen. Initially, the idea was to create an entertainment facility that will house these characters, reminiscent of Disneyland. Along the way, Blessing Amidu would come to realize that first, a story needs to be told, before an experience can be created. This would take the family back to the drawing board and another three years for the Mopsters to come to life. 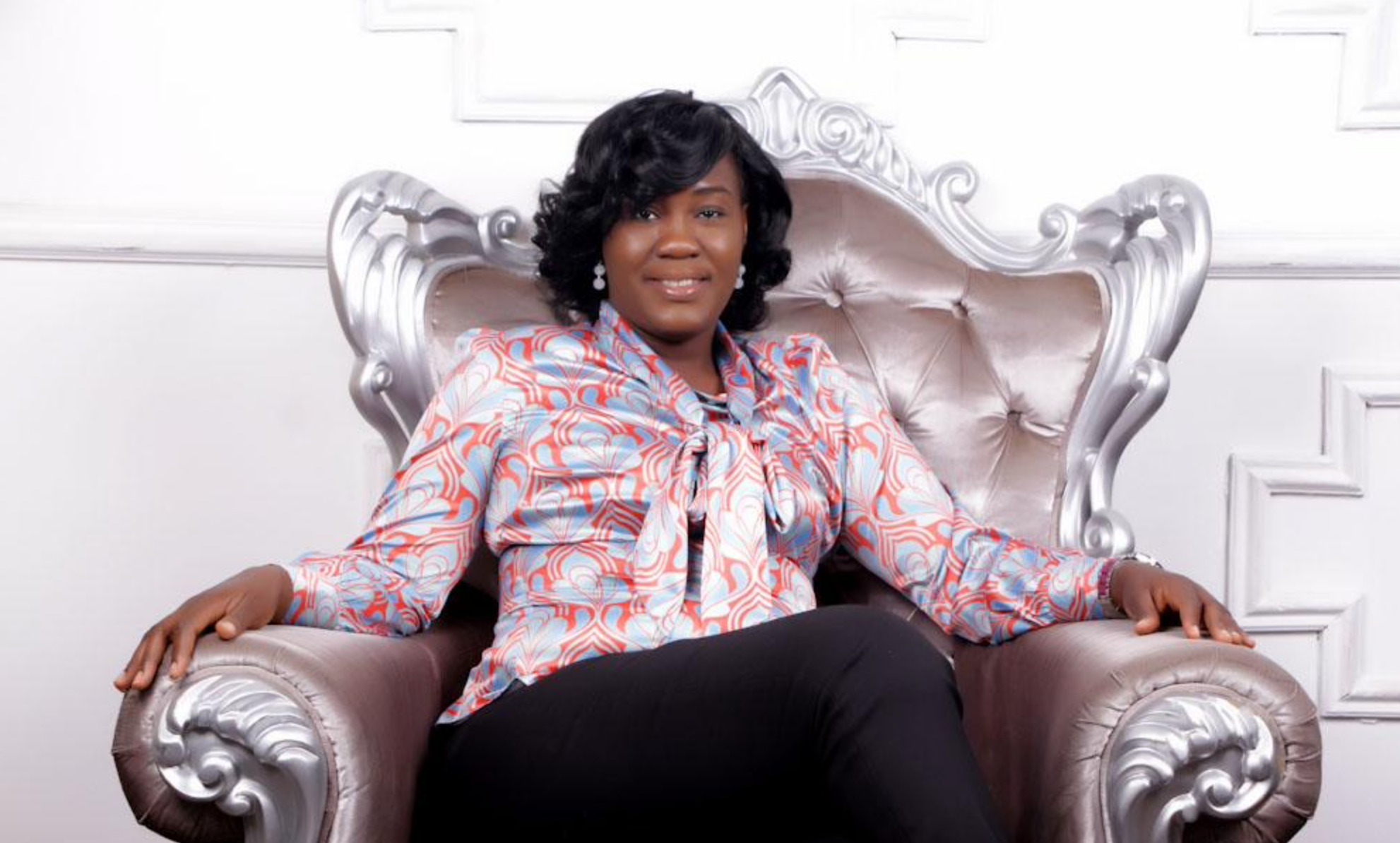 A native of Delta state, (LBMM is set in the historic town of oil-producing Oloibiri, Bayelsa state- another Niger Delta state) who grew up in Port Harcourt, Blessing Amidu is a graduate of Geology. This was an unusual course of study, taking a departure from her siblings’ lead. She says, “I found myself in Geology because I didn’t want to tow the path of my siblings who were in the Arts, studying law. Even though I was more inclined towards Art, I stubbornly pursued a course in the sciences.”

A mother of four, with a full-time career, Blessing Amidu says she is not surprised that life has led her here, where a movie she has created will be showing in the cinemas. It was only a matter of time. “Ladybuckit is not my first. This is just the first to make it to the cinemas. In times past, I have had to write scripts, mainly in church. Somehow I knew I was going to end up here. It was a desire that was crying out for expression.” 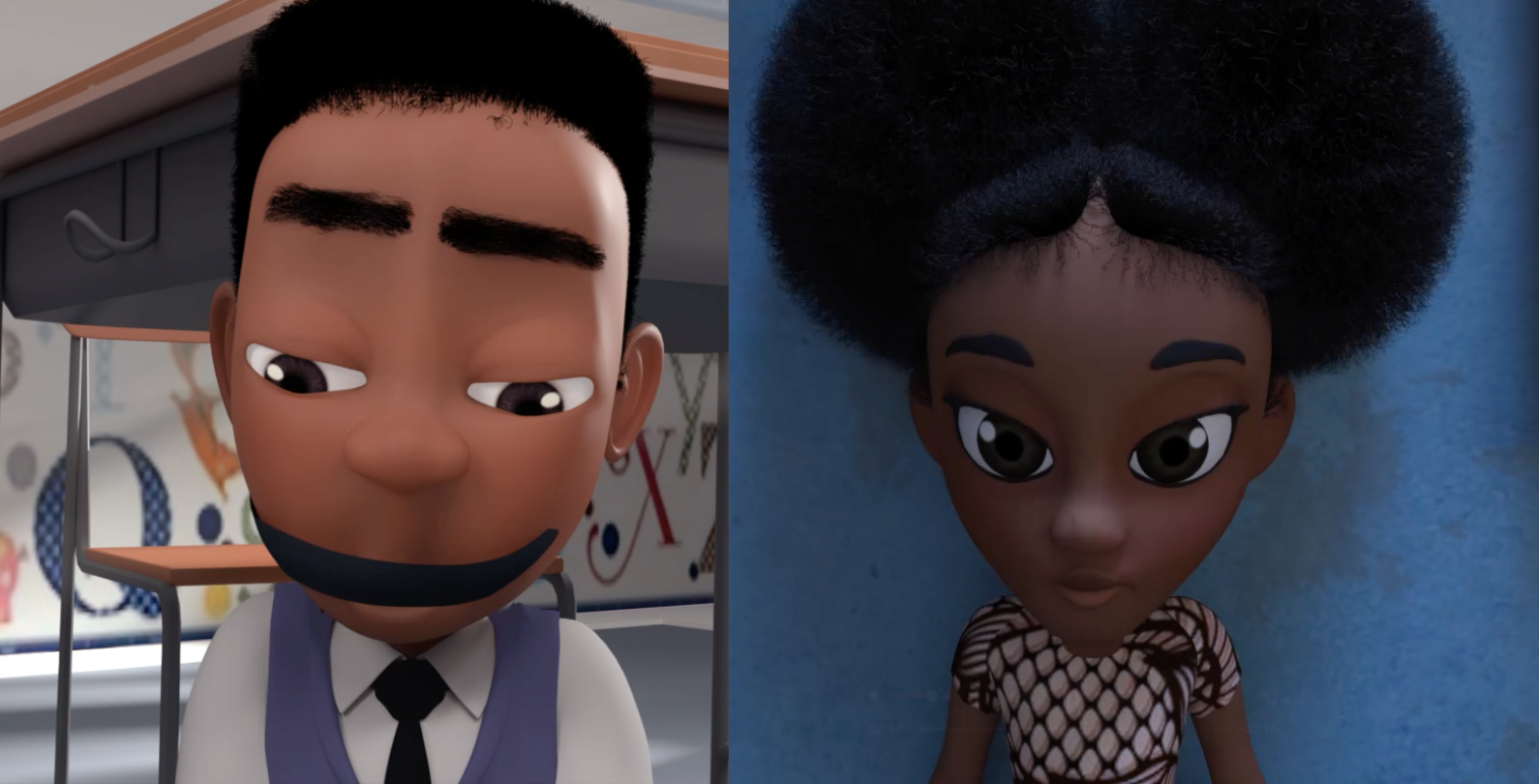 Characters from the LBMM movie

Animated movies are not as popular as they could be in Nigeria due to many challenges. Producing an animation demands a high-level technical skill, requiring expertise in the use of Computer Generated-Imagery (CGI). Securing qualified professionals to work on such a project can prove difficult. The road to Ladybuckit and the Motley Mopsters has had its fair share of challenges. 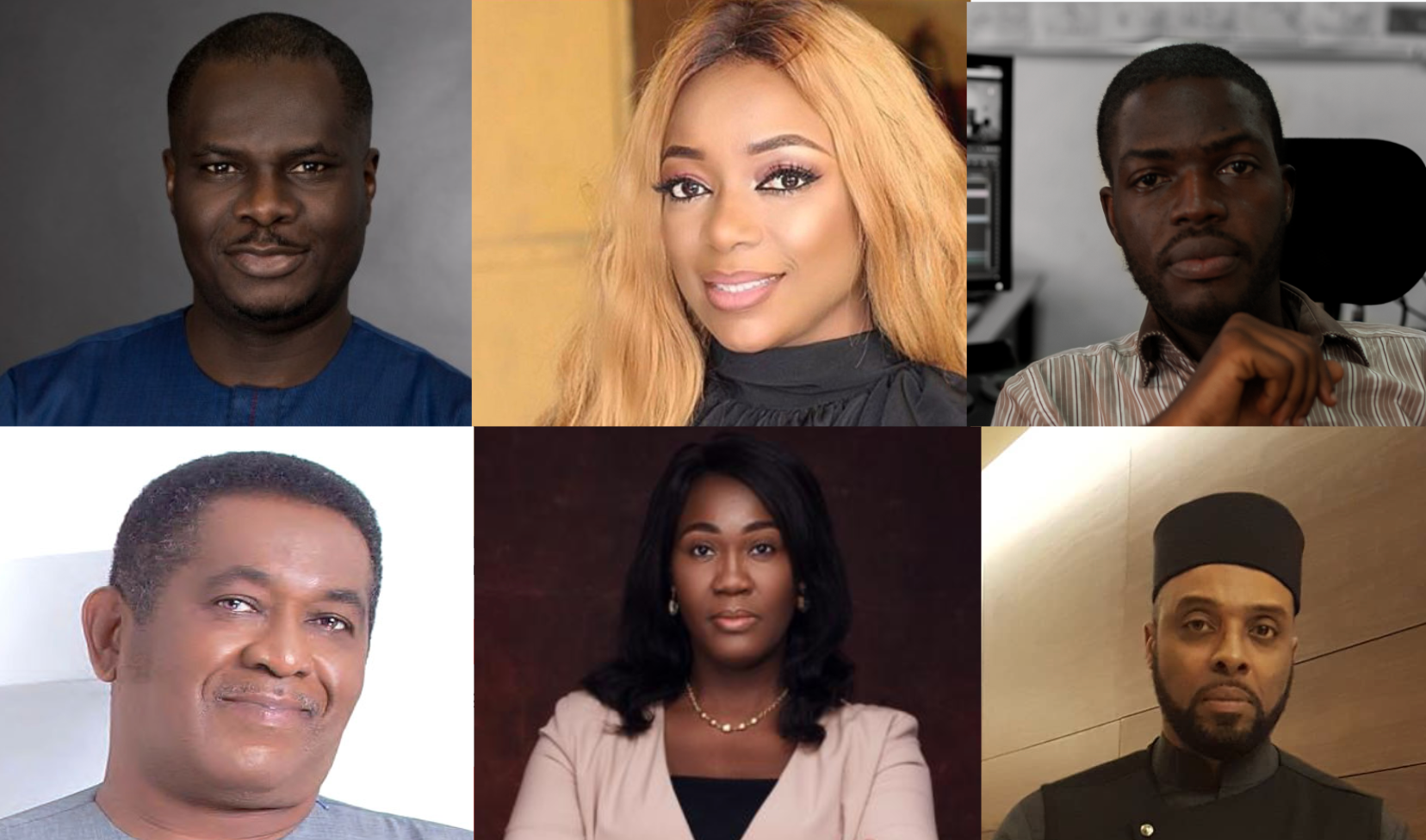 LBMM boasts a star-studded cast and crew that includes veteran actors, Patrick Doyle, Bimbo Akintola, Kalu Ikeagwu. Award-winning filmmaker, Chris Ihidero, serves as Consulting Producer, Bisi Adetayo, the Director of the project was involved in the production of Game of Thrones. Sharing how she has been able to attract such a team, she simply says, “Everyone knew the story was going somewhere, and they wanted to be a part of history.”

“The second hardest part was funding the project. It’s not easy to convince individuals or financial institutions that you want to sell this product to them, especially as animation has not really been showcased in Nigeria. It has never really gone to cinemas. I had to go all the way in by myself because I really believed in this project.” Ladybuckit and the Motley Mopsters is estimated to have cost $1 million to produce, approximately 380 Million Naira at the current exchange rate.

LBMM is accompanied by a 14-track original album. The individual tracks were composed by Oluchi Odii, Ufuoma Iliaro, Patrick Edwards, Marilyn Mayaki, Casey Edema, Caleb Audu, etc. While countless Hollywood movies and animations are accompanied by soundtracks (Beyonce dedicated an entire album to the 2019 Lion King reboot), this is something not very common in Nollywood, talk less of animation – a true rarity.

Traditionally, very few Nollywood productions are accompanied by original soundtrack albums, with Madam Dearest and Living in Bondage being some of the very few in recent times. Ladybuckit and the Motley Mopsters will join the league of these Nollywood classics with its music offering. Speaking on the idea for the soundtrack, Blessing Amidu shares, “The story inspired the music. The screenplay just had this power to lead you in certain directions, which was very fulfilling for everyone involved.”

For a project that has been about two years in the making, things almost ground to a halt with the countless unexpected occurrences in 2020, particularly the lockdown caused by the COVID-19 pandemic. According to the executive producer and producer, “Had it not been for the dedication of the team, who sometimes had to spend several nights in the studio during the lockdown, the project might not be happening yet.”

From a playful idea born in the privacy of the Amidu home, ‘Ladybuckit and the Motley Mopsters’ has taken on a life of its own. Despite how challenging the process has been, it is undeniable that this is a remarkable moment for the executive producer and producer. Sharing lessons learned in the process, Amidu says, “Patience and resilience. There were several times I felt like jumping ship. But my spirit was always revived by how far we had come, and I knew we had to finish what we started.” 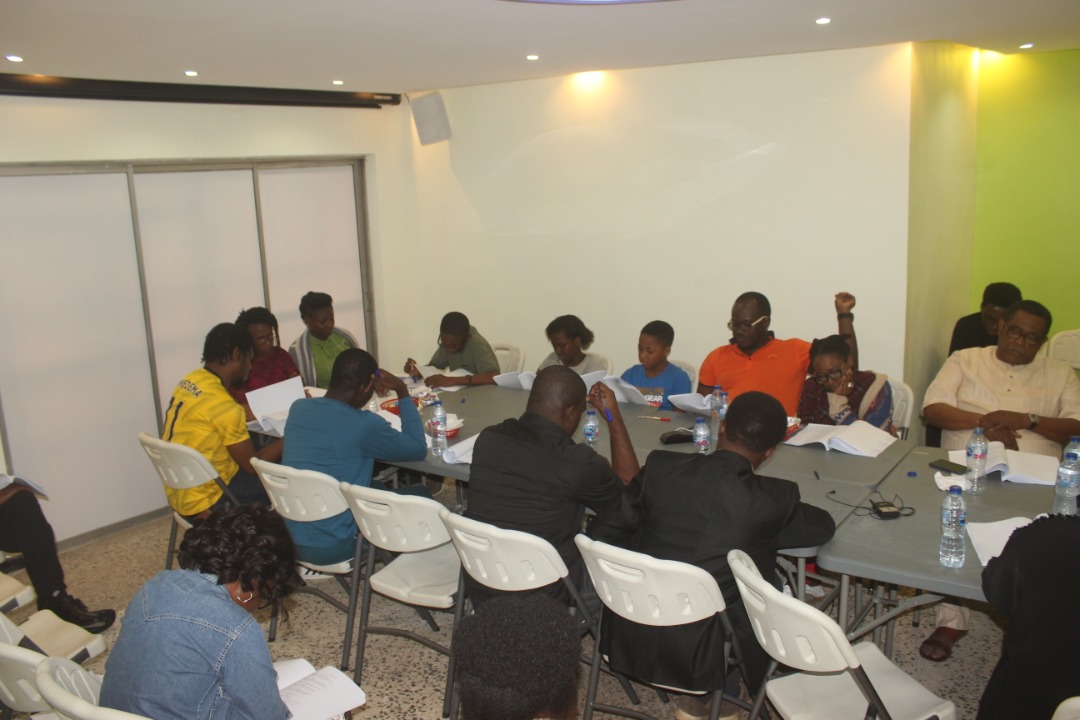 During one of the table reads of the film

Blessing Amidu reflects on the several fun moments as well, particularly the table reading which turned out to be a special moment for the entire cast and crew: “We had all the voice actors come over: Bimbo Akintola, Patrick Doyle, Kalu Ikeagwu, all of them. We brought them together and tried to ‘live’ and review the script. It ended up being so much fun because we got to know each other better and we realized we shared a common bond – family and the love of storytelling.”

There will likely be more animation releases in Blessing Amidu’s future through her Hot Ticket Productions, the company she founded and runs as Chief Executive Officer. She expresses her preference for animation over live-action movies: “Animation is much more flexible than live-action where you have to direct the play and beat a character into shape.” 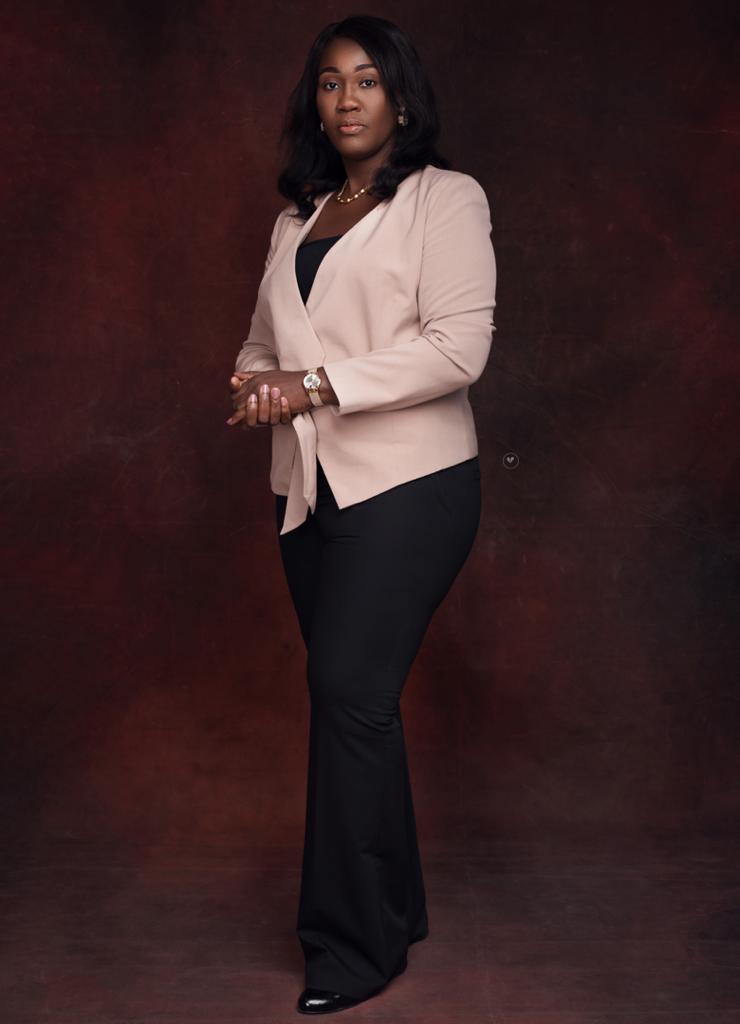 On what’s next for the Ladybuckit and the Motley Mopsters universe after this December’s release, Amidu, an astute businesswoman and creative storyteller, hints at the likelihood of a sequel. “There are some cleverly crafted question marks, easter eggs, and plot twists in the movie for the audience that may be further explored in a sequel. So there will be a sequel down in the not-too-distant future,” She says with a twinkle in her eye.

LBMM will start showing at cinemas in Nigeria and internationally from Friday, December 11th, 2020.