Fashion editor, entrepreneur and first time costume designer  Isoken Ogiemwonyi  speaks to TW Magazine about highlighting the fashion of the African megacity,  her autodidactic process,  supporting emerging and established designers and directing the costume design  of a production of this scale all the way from Toronto. For Ogiemwonyi,  leveraging her network and working with commercially minded designers were major keys in achieving the shows overall style vision. 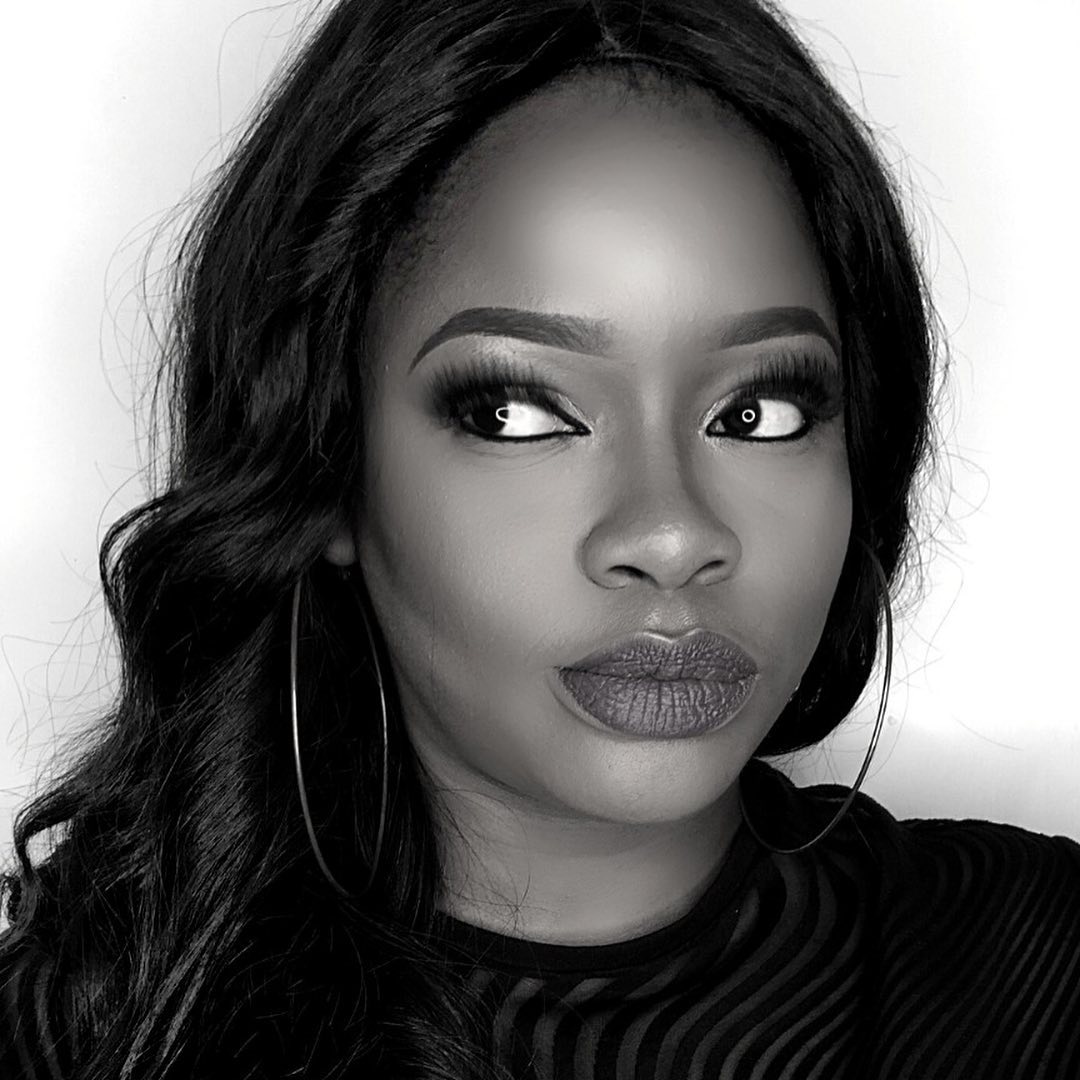 Check out excerpts from her interview below:

On her inspiration for getting into costume design

Working in different parts of the fashion value chain in fashion in Nigeria has taught me that we can attack the problem of domestic consumption in different ways- and one of those ways is leveraging the other more visible creative industries like music and film. I’ve always been fascinated by the intersection of fashion and film, and the transformative effect fashion has on how we perceive things in general.  My interest in costume design started around 2015 – I’ve actually worked in consulting capacities on some film and TV but this was my first time being responsible for a show from end to end. I was very hands on with the book and the world-building, and the characters so I really wanted to bring them to life the way they were originally envisioned.

I’ve always been fascinated by the intersection of fashion and film, and the transformative effect fashion has on how we perceive things in general.

How did sourcing costumes for The Smart Money Woman begin?

Arese obviously had a very specific vision for the characters, so we talked about that vision extensively and refined it. Each character had their own ‘style bible’ that established  their visual language and then we broke down each character by scene and then broke it down by designer possibilities.  I saw this as an opportunity to spotlight up-and-coming brands, especially Nigerian designers and we sourced a lot of looks via personal connections and even found some fresh and innovative brands on Instagram. I really wanted brands that reflect the middle to upper middle class vibe of young Lagosians at their very best. Fashion is a character in the  The Smart Money Woman , it’s really an ode to the specific type of  glamour of Lagos– we wanted the show to have a very polished, glossy look but still stay relatable and true to each character’s style. 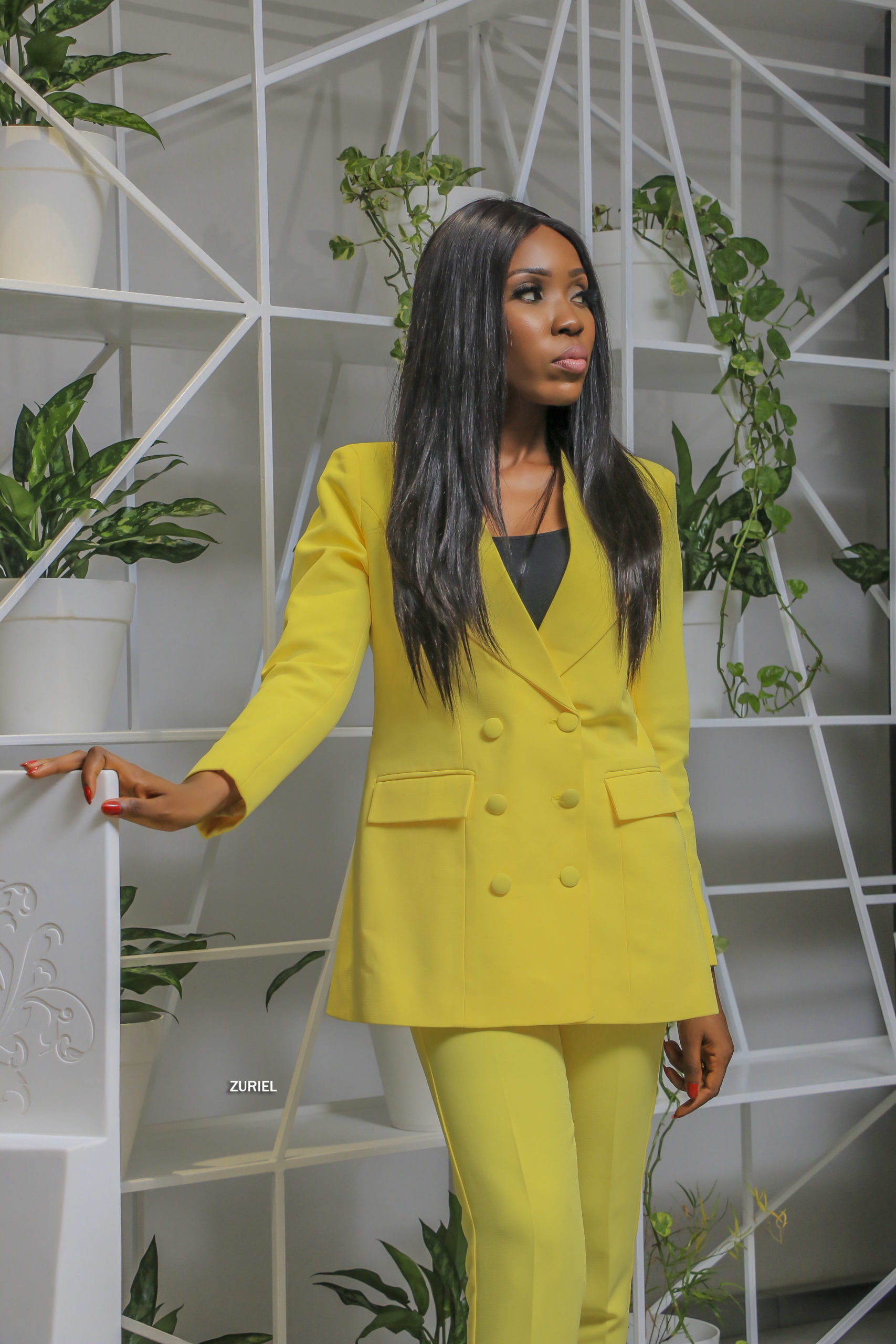 I had SO many moodboards, it was kind of nuts. There were some great ones for each ‘main’ character – that on its own was about 10 moodboards.  Then we had the weekly breakdowns, the daily breakdowns, and the moodboards for the core designers who custom made a lot of what you see on the show. Then I had a general ‘vibes’ one which kind of helped me keep track of the overall aesthetic of the show – sometimes it would rein me in! If a look would work for an individual character but not necessarily fit in with the overall tone of the show or the specific arc – we would jettison it.  It was a lot of work, but I think in the end it was key to how great it all looks. 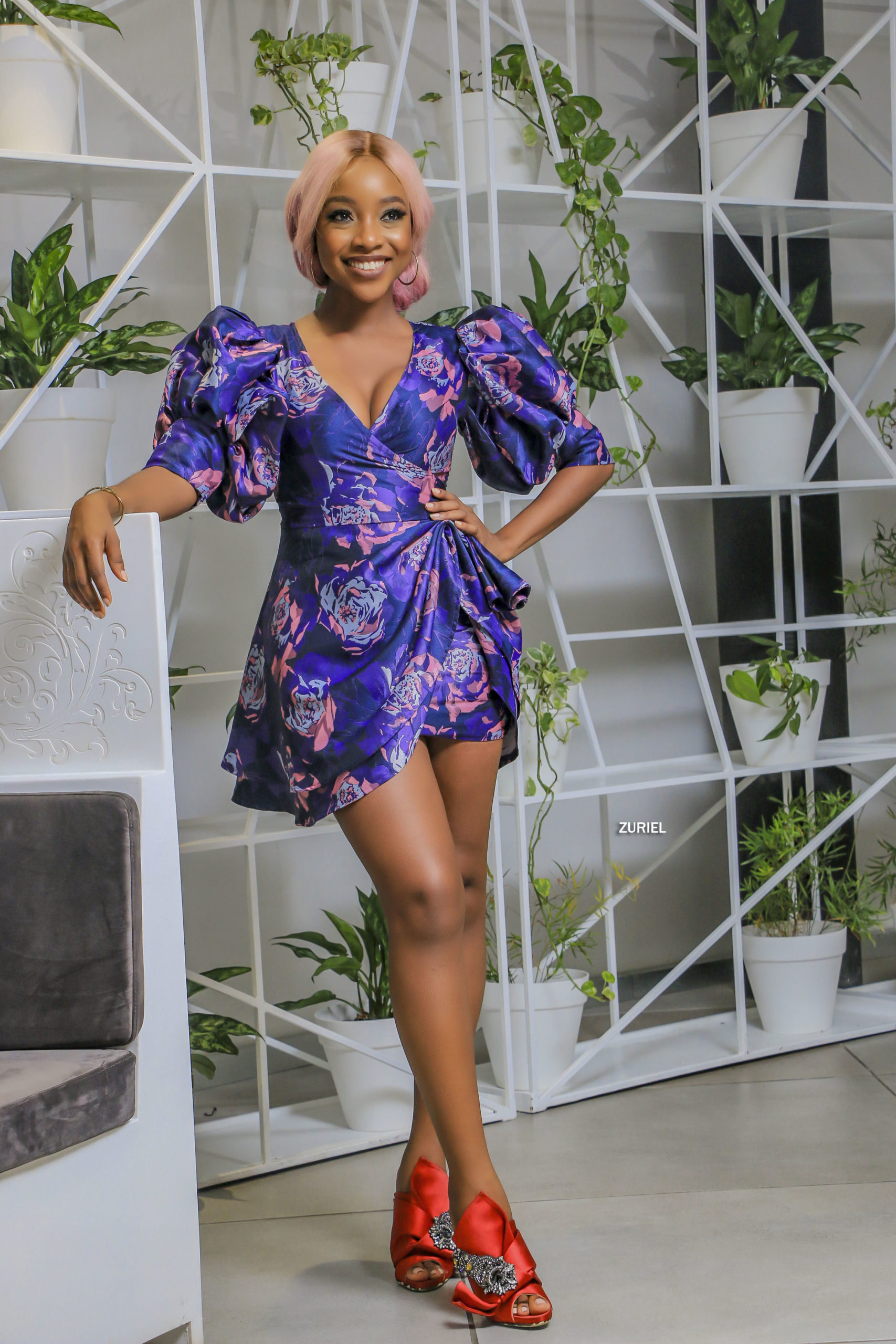 On her favourite aspect of the styling in the show

I love the moments when the girls get together – I think those are the clearest points where you can see how different but complementary their style is. You really get a sense of how they play off each other but still maintain a very unique sense of self.

I’d say it was probably about 50-50 — because there’s the emotional side of it, not only for the people involved in creating the show but also for the viewers and the fans of the book who we know will be watching. I tried to stay as close to the book as possible in terms of looks that were specifically mentioned, but that wasn’t always possible. There was also a lot of latitude where their looks were not specifically stated. And in some cases where a lot changed – for example in the book Lara is petite with a big bum, stylistically that works very differently for someone like Toni who is extremely slim with a generous bosom. So instead we worked with a completely different vocabulary – I decided to build the look around this new version of the character – someone, whose style is quite extra for someone in the corporate world, funnily enough the ‘spirit’ of the character is partly inspired by a real person – Mariah Lucciano Gabriel. So we mixed in references like that, with some more practical concerns, like what we had available to pull and what would fit Toni’s interpretation of the character as well. 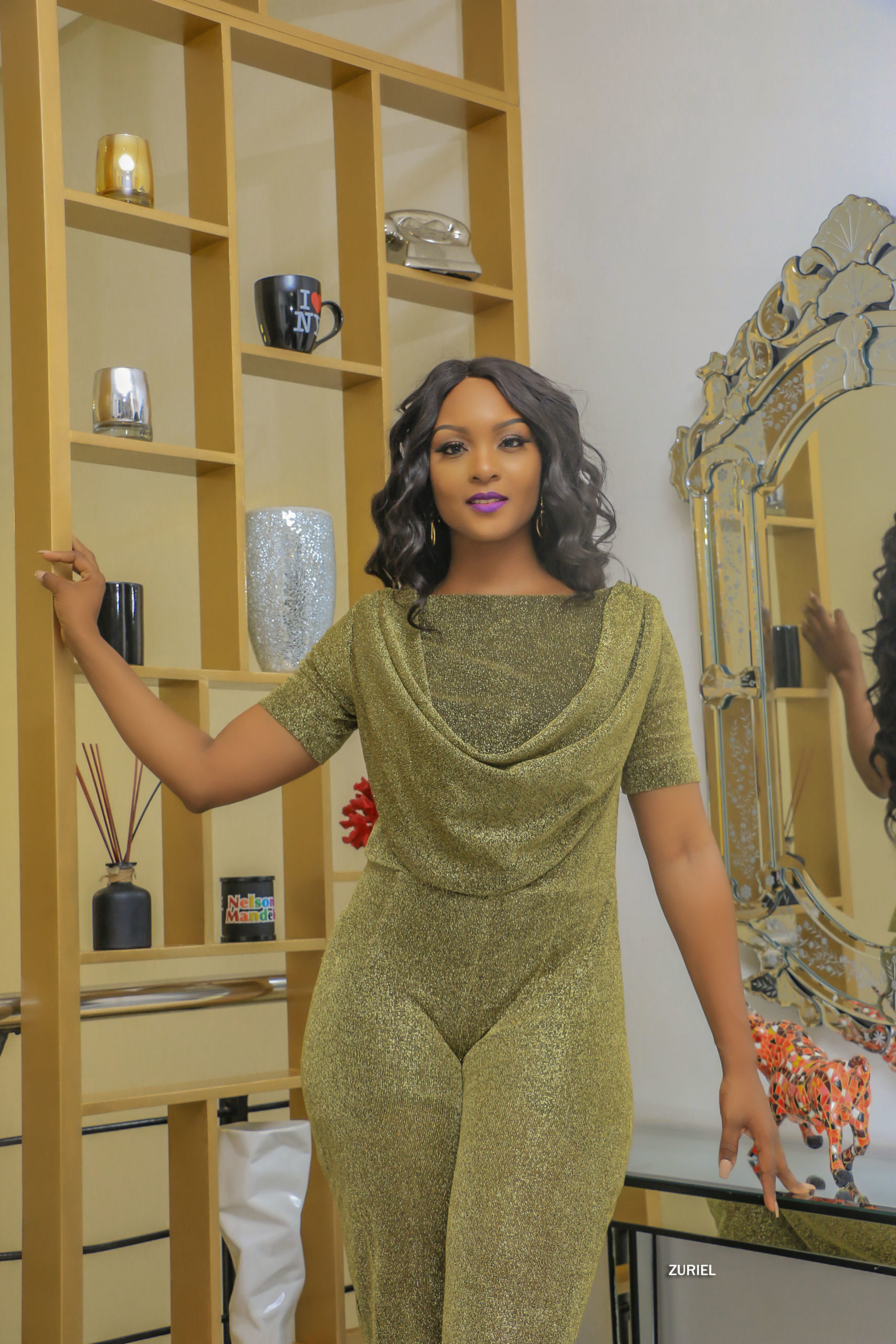 On  making it work within budget

What’s interesting is our original plan was to custom make pretty much everything, and that just didn’t work out. So we built out a budget to reflect making some of the pieces custom and logistics for pulling the rest. We definitely had to be really creative, especially because I kind of had to step in full time unexpectedly. I really have to thank our core designers and everyone we worked with, they really saw the vision and even when I had ridiculous 12- 24 hour requests, they almost always came through. There were countless times where I was frantically DM’ing or whatsapping one designer or the other because something changed at the last minute. We allocated the budget according to who we thought needed it the most – so obviously a lot of the money’s going to be spent on Zuri, Tami, Lara, Ladun and Adesuwa.

TV productions are full of curveballs and challenges that you don’t necessarily have in feature films, and the turnaround time is just so different. It felt like we were working on pure adrenaline sometimes, but it was a 1000% worth it.

On what to look forward to in season 2

I really love the world- building aspect of costumes, especially for women,it’s something I would like to explore more of. Delving into the character psyche and developing that visually is so powerful – Adesuwa for example is this super smart lawyer, but underneath it all she is  very fragile and insecure. She has to put up this glossy facade to everyone, even her closest friends that her life is perfect so her clothes are kind of like her armour. So that was a major concern, she also works in a far more formal environment than most of the girls so that was factored in as well. We ended up opting for a lot of pantsuits, some with more flair than we’d actually see in a Nigerian work environment but I also needed her to not ALWAYS be this perfect ice queen. Striking a balance was definitely interesting.  I can’t wait to really play with her and the other characters, I think season 2 will come with opportunities to push the envelope, they’ve grown up a little bit and their wardrobe will reflect that. New levels, new devils as they say. It should definitely be a lot of fun! 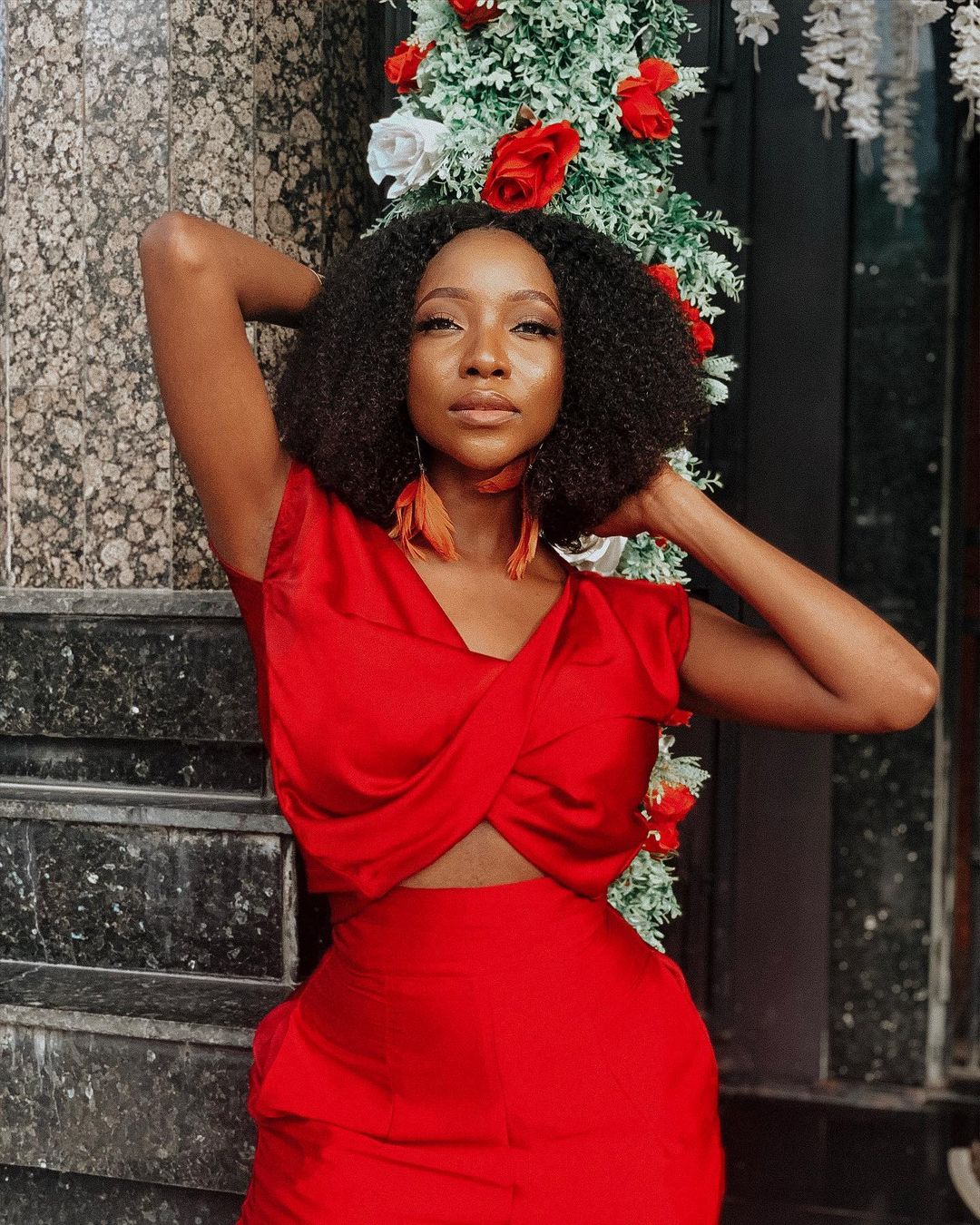 All episodes of ‘The Smart Money Woman’ air on Africa Magic every Wednesday.