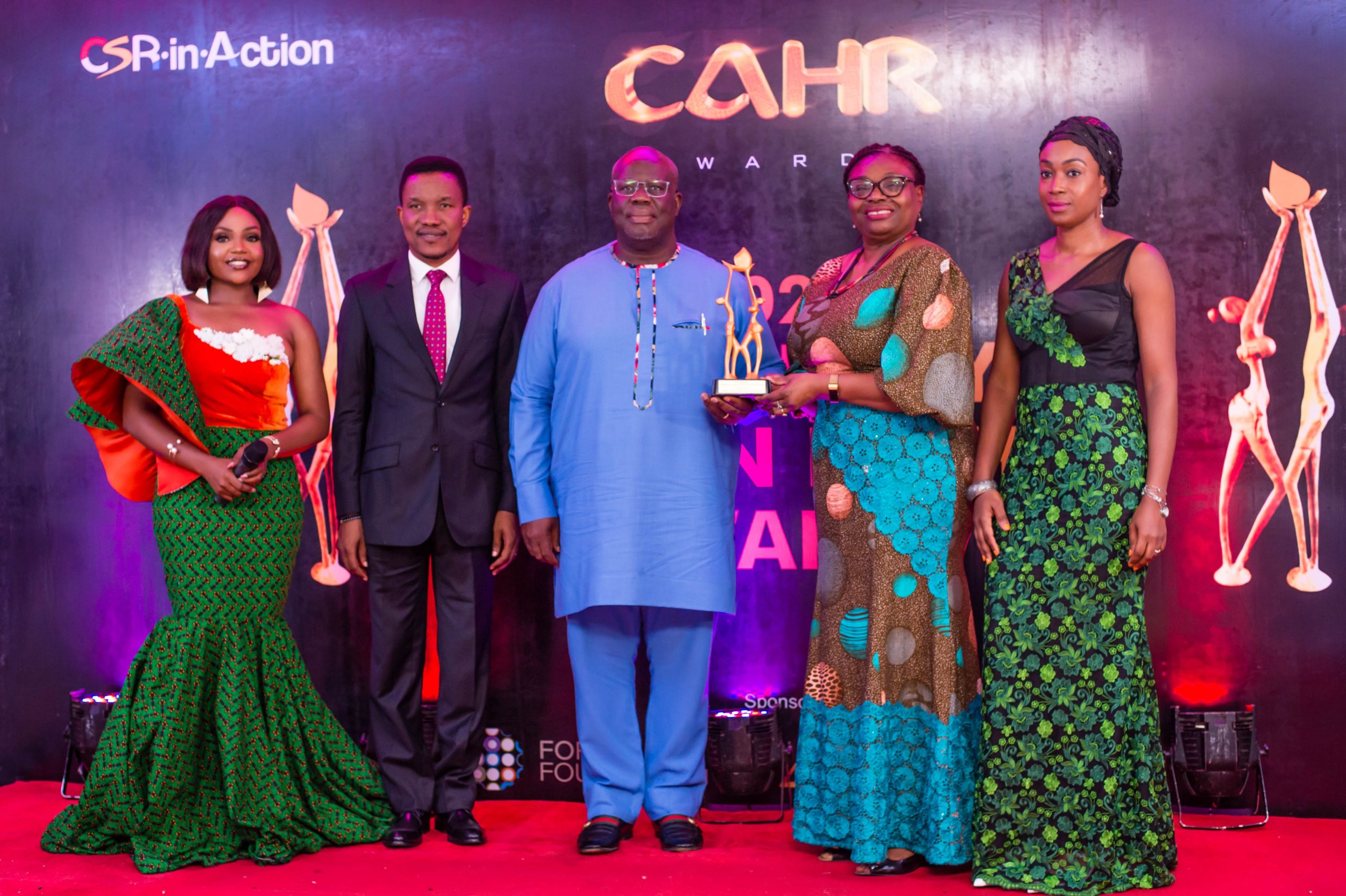 The selfless contributions of a number of Nigerians to justice and inclusion have been recognized at the second Community and Human Rights (CAHR) Awards, held on Wednesday, November 18th, 2020.

Organised by CSR-in-Action, one of the foremost sustainability advocacy and consulting firm in the region, and backed by Ford Foundation and Global Rights, the CAHR Awards celebrates community and human rights heroes, both organisations and individuals. There were nine different award categories dedicated to historically prominent personalities. 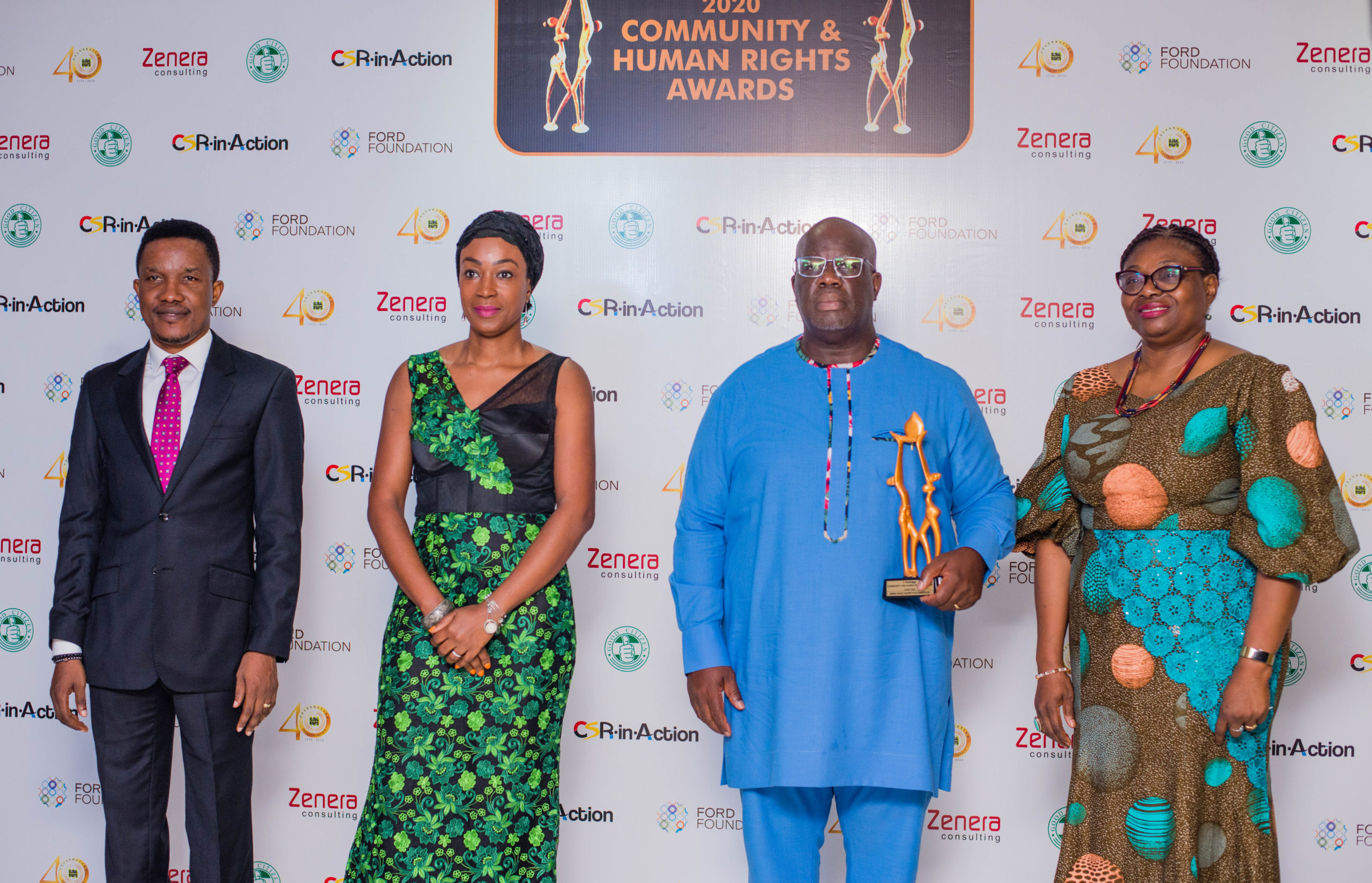 “Our aim is to recognise those individuals and businesses that are working not for clout but for legacy, those who seek to leave a legacy for generations unborn to emulate,” said Bekeme Masade-Olowola, CAHR Awards Convener and Chief Executive, CSR-in-Action. “Dr Okonjo-Iweala has shown exemplary leadership consistently and has added value to various industries and organisations all over the world.”

In a video broadcast from the United States, Dr. Ngozi Okonjo-Iweala expressed gratitude and said: “I am sorry I cannot be with you there, but I must say I am delighted.” 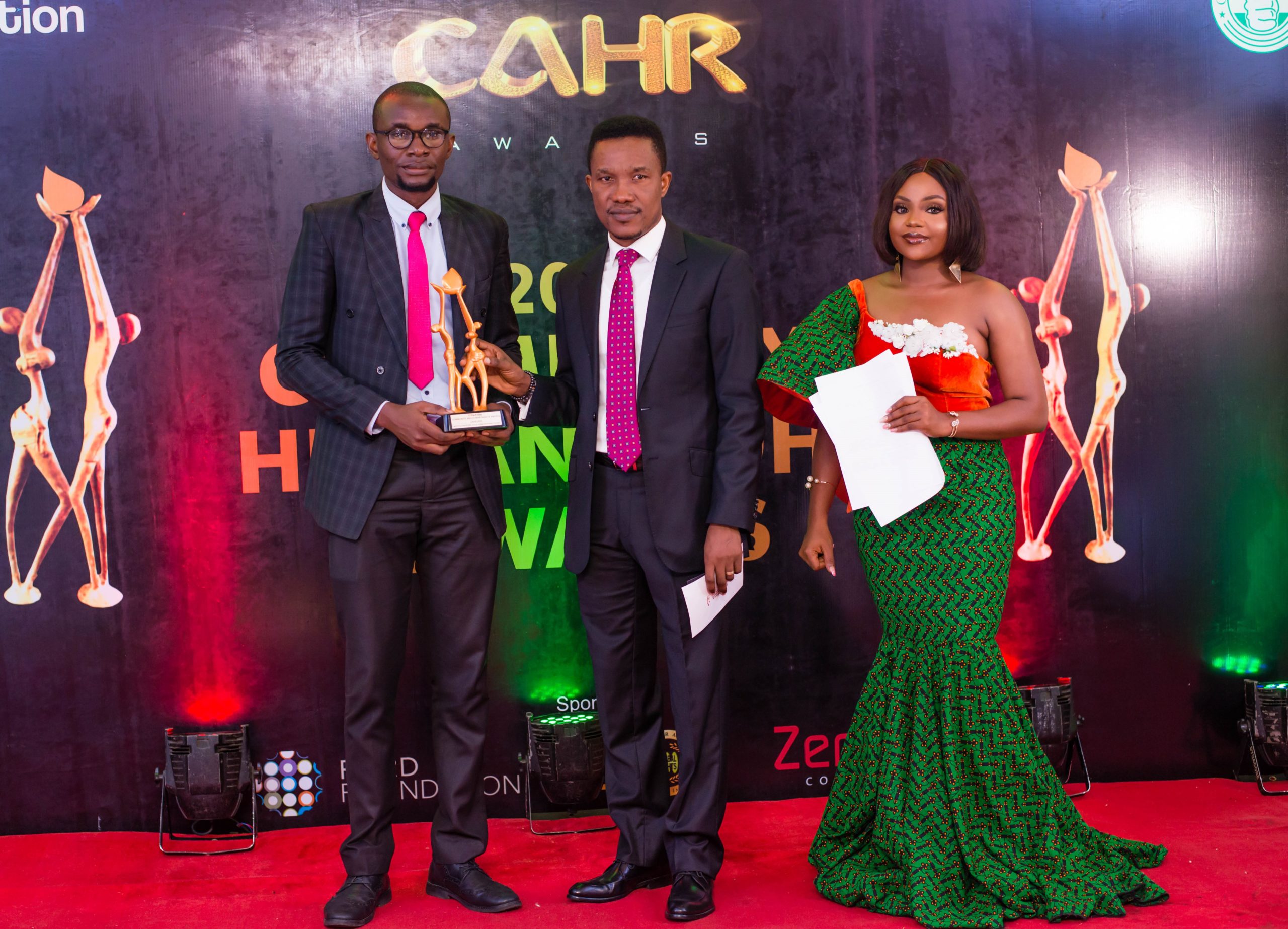 “We will continue to work for the betterment of our communities and nation, and in doing so, model the values which this award represents,” an excited Garba remarked.
Aisha Yesufu, a prominent figure in the EndSARS movement and Co-Founder of the Bring Back Our Girls Movement, won the Funmilayo Ransome-Kuti Human Rights Award for her relentless drive for the defence of human rights and justice in the country.

“This award makes me feel that there is so much more we need to do… I will never stop until we get a Nigeria where a child of nobody can become somebody without knowing anybody,” Yesufu said as she received her award. 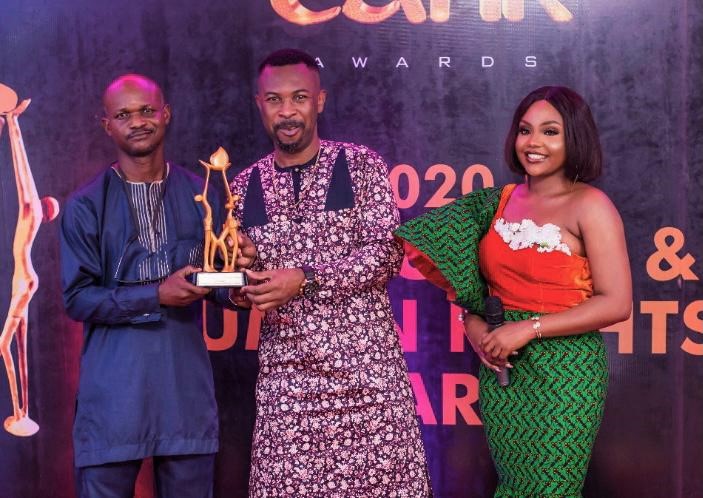 The Ken Saro-Wiwa Environmental Management Award went to African Clean Up Initiative (ACI), a non-profit that has carried out numerous major clean-ups in different densely populated areas in Nigeria.
“This is me, an Ajegunle boy, standing on this global stage. It can only be God. This is a motivation for us to do more…This award only shows that people have seen what we are doing,” an elated Alex Akhigbe, Founder of ACI, said while receiving the award. 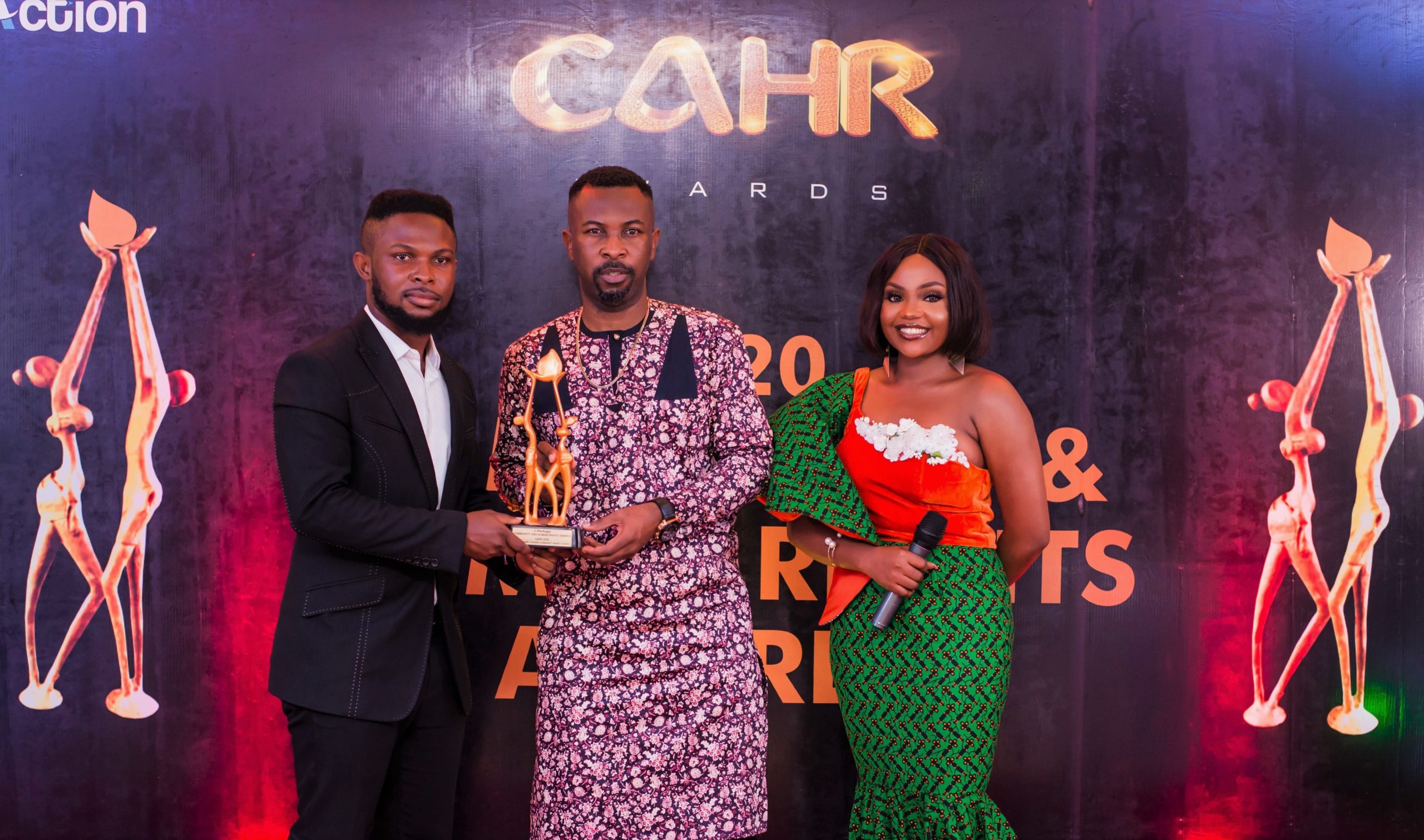 Nominees for the CAHR Awards were elected by members of the public through an online voting process that ended on the November 4th, 2020. The winners were chosen following the voting by a jury made up of eminent personalities from diverse fields. They include celebrities, human rights activists, media personalities and business leaders, including Ruggedman aka Michael Ugochukwu and Tokunboh George-Taylor, communications expert and board member of CSR-in-Action. 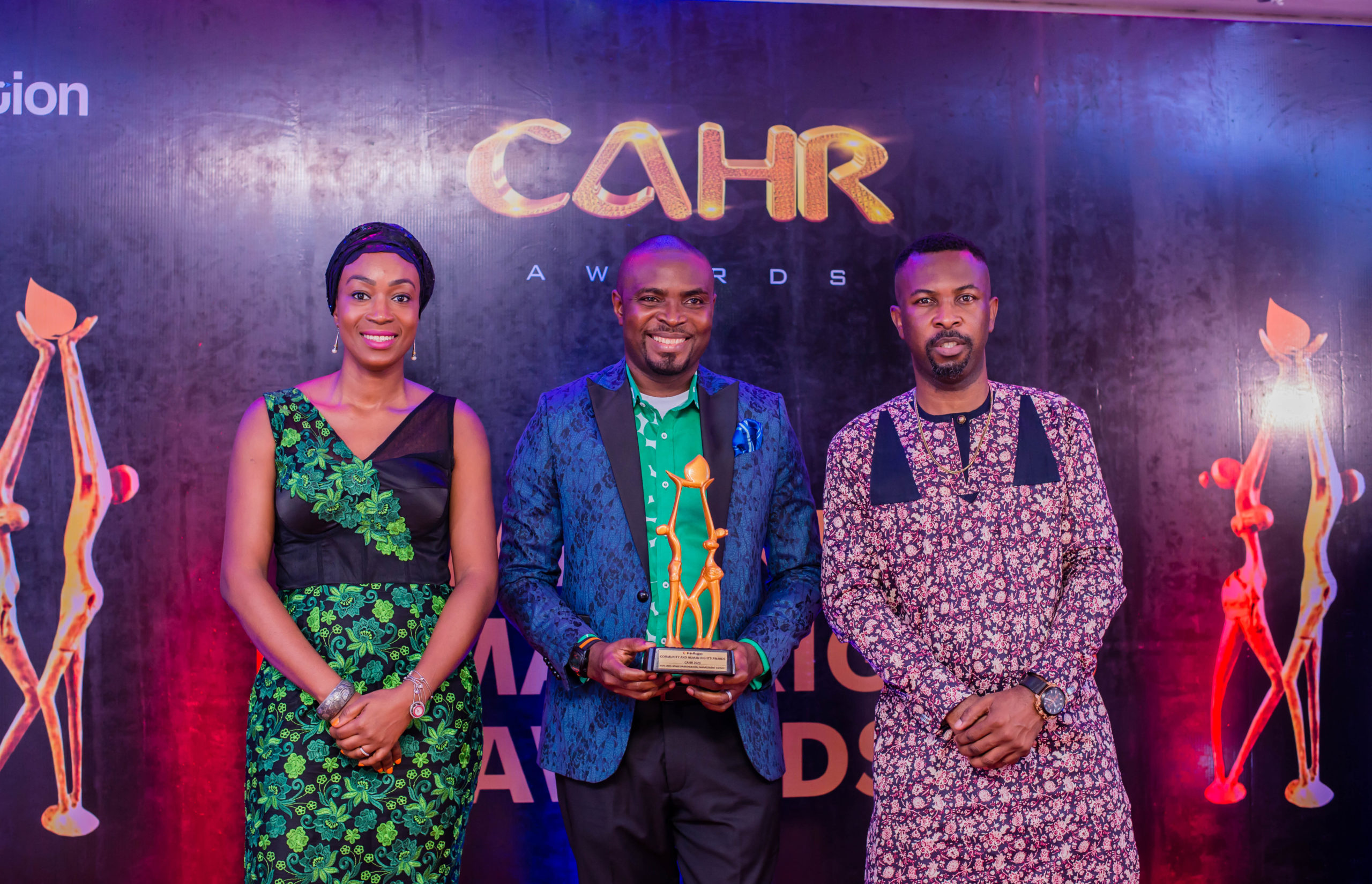