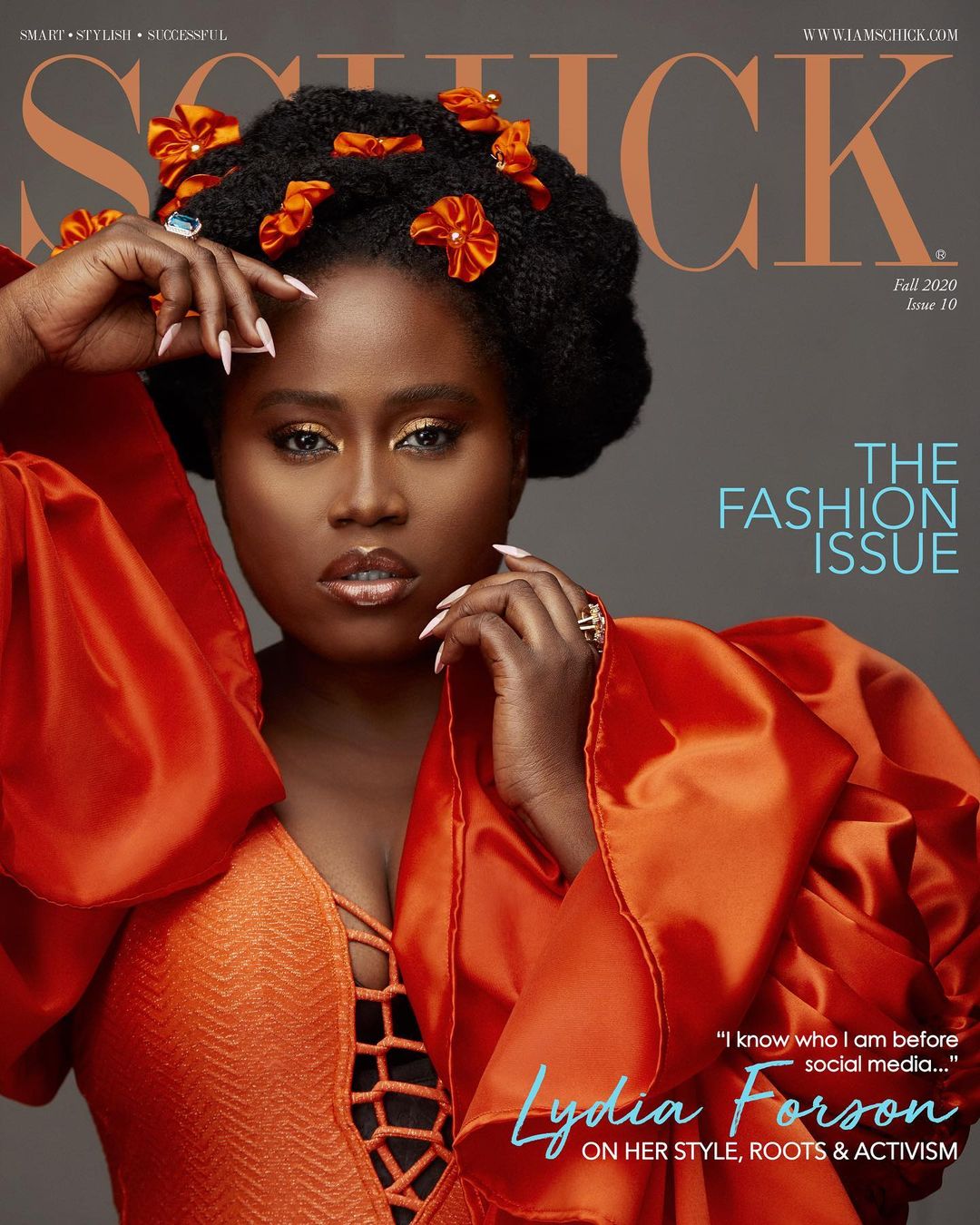 In this Fashion Issue, Lydia who is known for promoting body positivity speaks about her style, public perception, getting the E! nomination, her latest project, roots and activism.

I try to remember that the concept of perfection is a farce and even the people talking negatively about my body, have their own insecurities to deal with. 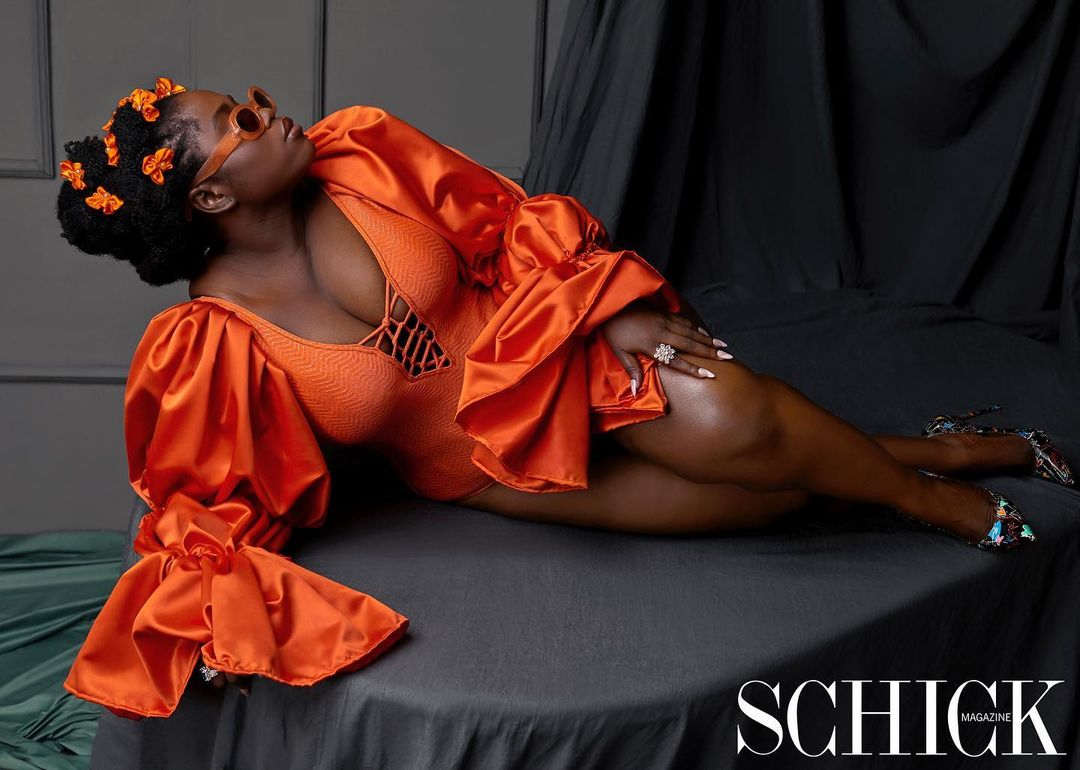 On her latest project:

I recently starred in a movie called “Us In Between”, which was inspired by true events leading up to the lockdown in Ghana when COVID-19 cases started going up. It drained me emotionally and mentally because not only was I embodying the character as an infected nurse, but filming during what was and still is one of the most difficult periods for filmmakers. I had to not only dig deep into my emotions but the fear of being infected regardless of the safety protocols put in place.

On getting the E! Nomination:

I woke up to the email at midnight and thought it was a prank. I like to believe that it’s just me being myself that may have attracted that sort of attention, and if that is why, it’s all the validation I need to continue being me. 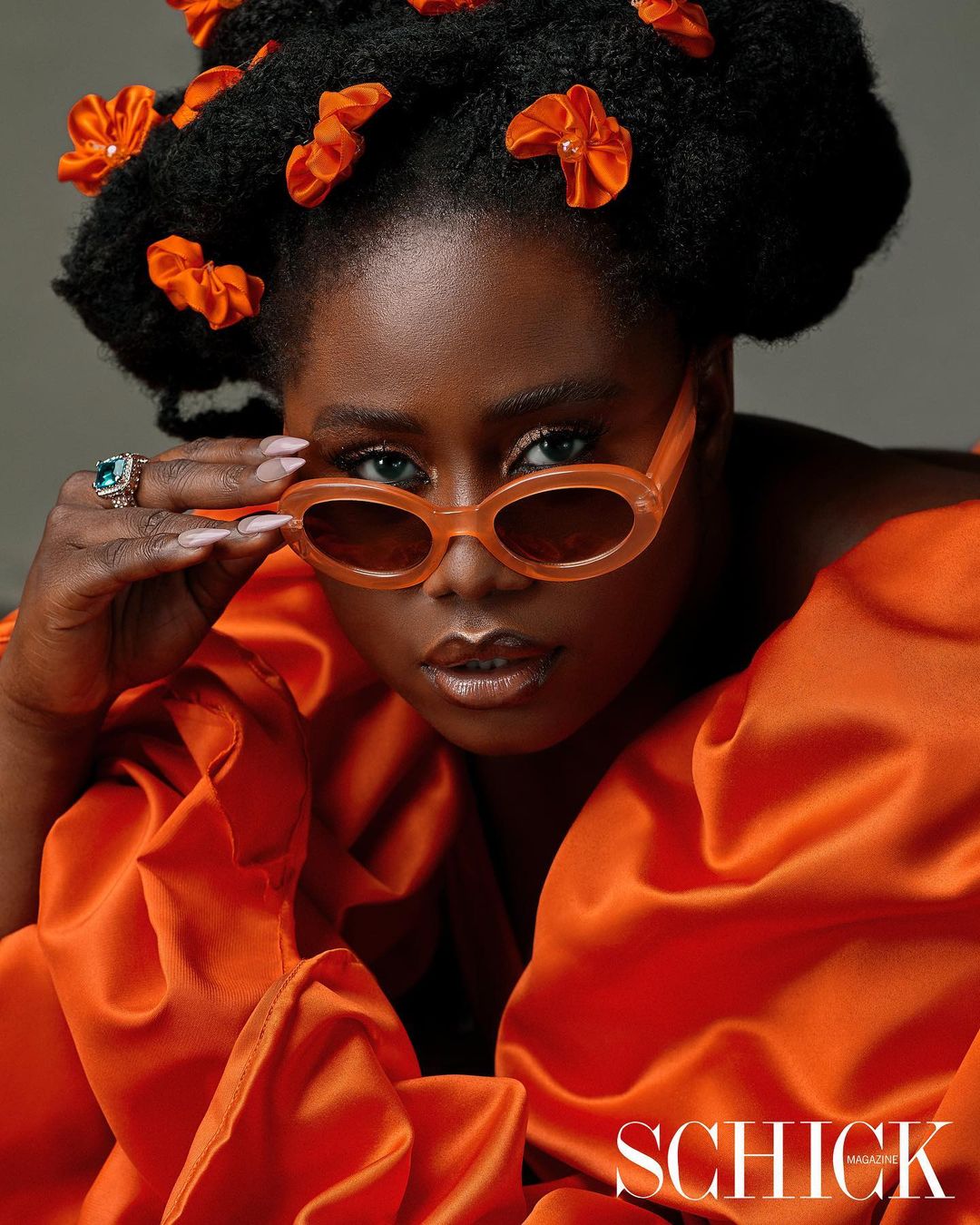 Find a sneak peek of the cover story, styled by Nutifafa and photographed by Gilbert Asante on Schick Magazine