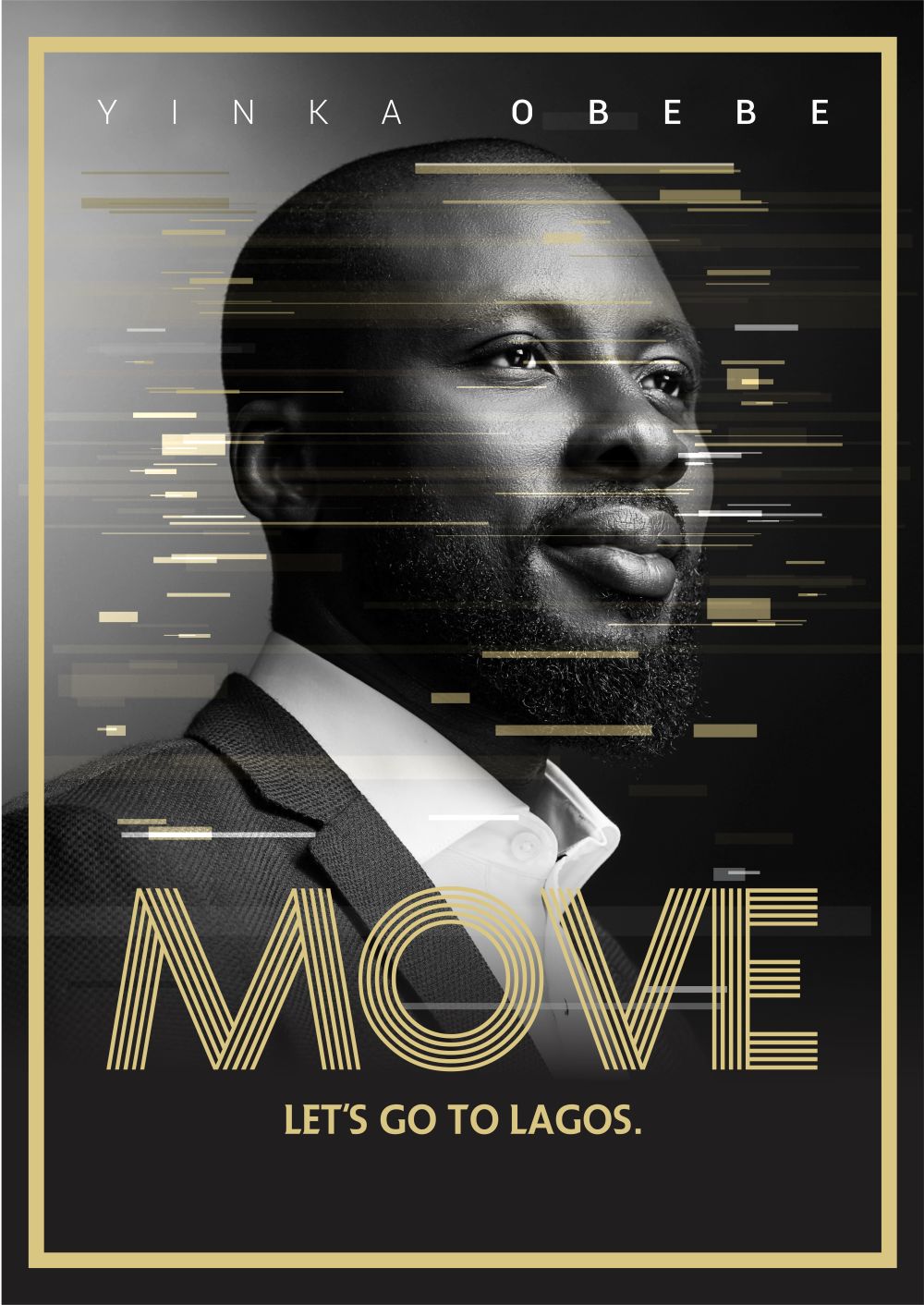 Yinka Obebe, Chief Executive Officer, Pop Central TV recently announced that his first book titled, ‘MOVE; let’s go to Lagos’ is available for pre-order. The media entrepreneur who recently celebrated his 40th birthday made the bold move to add ‘Author’ to his title by publishing a 40 chapter book about a series of true accounts of events from being a young boy fresh out of the university who decided to come to Lagos in search of the best place for his dreams.

‘MOVE; let’s go to Lagos’ is essentially a look back into the life of the author; the options and decisions of a young entrepreneur who, against all odds, succeeded at establishing his dreams. It documents 15 years of intimate and astonishingly relatable stories that are aimed to reassure the readers that no matter how life swings, they can win just by showing up every day.

Yinka Obebe, Chief Executive Officer, Pop Central TV said, “I am excited about my debut book and most especially I am excited about the feedback that I have got from close friends who have read the book. I am confident that my messages in the book will elevate that young entrepreneur who will only choose not to give up”.

The book is particularly a good read for young and established entrepreneurs who have determined to win as a result of their doggedness. The stories are a mix of family, successes, disappointments, wins, ideation, and moments of enlightenment, mentorship, and the brute resolve of a man who chose to never back down.

Yinka Obebe has gone from being a young media house intern to founding Redbox Africa, one of the most sought after production companies in Lagos, Nigeria. He has also moved on to launch a TV channel, Pop Central TV, which has always been one of his longest dreams.

Click here to pre-order ‘MOVE; let’s go to Lagos’ to get your copy of Yinka’s story and be inspired to win.