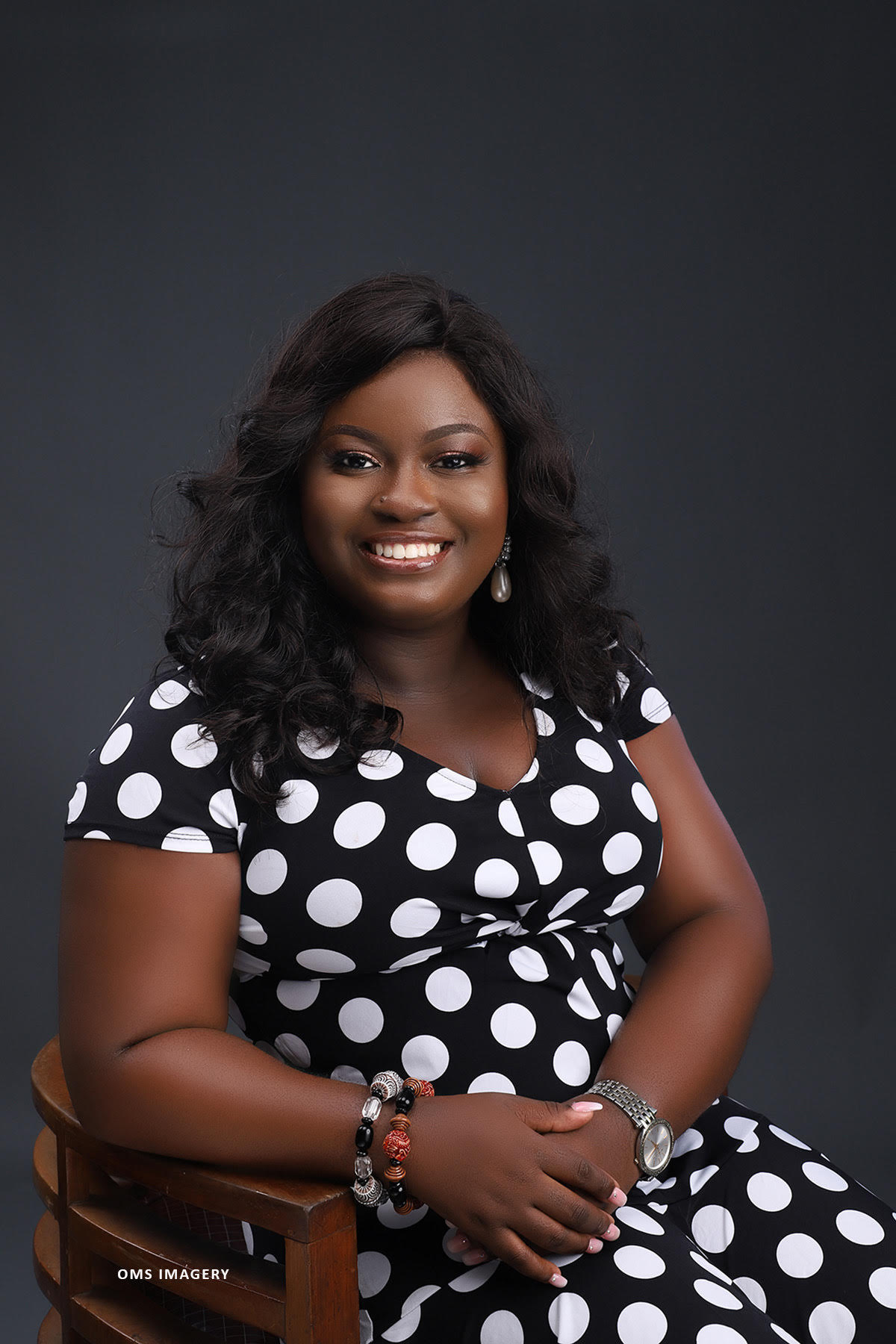 I say these words very often to anyone who cares to listen (or not) and I write them on social media as well. Whenever I hear stories of husbands who demand only fresh soups/food from their wives, I pray hard to God to ensure I don’t cross paths with such men. Serious prayer oh, not a joking stuvz. Many years ago, I read a man’s interview in a magazine where he mentioned that he did not really like food and ate mostly tea and biscuits daily and his wife was always trying to get him to eat. I couldn’t believe there existed a Nigerian man who was content to eat tea and biscuits daily and from that day, I started to pray for a husband who also didn’t like food and could make do with tea and biscuits. A wife who hates cooking + husband who hates food = happy marriage.

Earlier this year, two of my friends in my WhatsApp group were talking about this whole cooking for husband thing and one of them mentioned that when you love someone, you naturally tend to do what makes them happy and if it’s cooking, you’ll do it for them even if you don’t like doing it. The other person said the issue wasn’t even cooking, it was the whole entitlement mentality some men have. They would put their feet on the table and be expecting their wives to slave away in the kitchen preparing their food while they offered no help whatsoever. Even the woman who loves cooking to bits wouldn’t be too enthused about cooking for such a man. Nobody asked me for my opinion but I quickly tyoed “I hate cooking” as usual.

However, I was taking a coaching program at the time where the coach said we should engage ourselves in discussions and not simply attribute every quirk or behavior to “that’s how I am.” She said it was very necessary to ask questions about who we are and why we do the things we do and love/hate the things we love or hate as it would help us understand ourselves better. And so after typing “I hate cooking” in the group, I decided to ask myself what it was exactly about cooking I hate. These are the two reasons I came up with:

The first reason I hate cooking is because of the long preparation time. When I lived in America, I mostly ate Nigerian food because you can take the girl out of Ipetumodu but you can’t take Ipetumodu out of her and since there were no Nigerian restaurants around me, the closest one was over an hour away by car and I heard their food wasn’t even that great. This meant I had to cook all my meals myself. I had to take one day out of every 2-day weekend to stay home and clean my apartment and cook my meals. I used to cook several meals in bulk as I could only cook once a week. I remembered when I told one of my work friends I cooked only once a week or once in 2 weeks, she expressed her surprise saying she made dinner almost every night. Anyway, I would first boil goat meat which would take at least 2 hours because Cali goat meat is different from Lagos goat meat – I learned that the hard way. I should even gist you guys how I used to go to a ranch to point and kill goat but that’s a story for another day.

A Nigerian friend of mine in Cali taught me how to cook ofada sauce. Its recipe is also time-consuming but because it tasted so good, I would spend the time cooking it. If I made ofada stew, I would only make white rice to eat with it otherwise I would make jollof and/or fried rice. I would then make my egusi, okra, white soup, or ogbono soups to eat my swallow with. Sometimes, I would also make moin-moin, yet another time-consuming recipe, to accompany the rice or make akara to take along with garri. If I felt like it, I would also make goat meat pepper soup. I used to prepare at least 4 meals in one day and my elder sister used to say that it’s like it’s food I went to America to eat. After cooking all these meals, I would then clean up – which also took time even though I clean along as I cook.

But when I returned to Nigeria and became well, I was over that life of slavery. I could buy any Nigerian food of my choice at affordable prices and it’s all that ijekuje that probably made me gain a lot of weight. Even when I became team fitfam and was told I needed to prepare my meals, the only meal I made was beans. My friend gave me a recipe that made me fall in love with eating beans and it didn’t really take a lot of time to cook. I bought all the other things I ate including moin-moin, edikaikong, chicken, or fish because I cannot coman kill myself. The tedious process involved in cooking is the first reason why I hate it.

The second reason I hate cooking is that I sweat a lot and the kitchen is usually too hot while I am cooking. I have had to bring a standing fan into the kitchen while cooking and mehn, I must have an AC in my kitchen when I move into my own house. I realized I do not hate cooking in itself because I like to eat delicious food, especially the one I made, and love to get complimented for my cooking.

Having identified these two factors as the reasons why I hate cooking, I decided to find how to mitigate them or eliminate them. Another insight I got from that coaching program was that you should focus on your strengths and outsource things you cannot do. The goal of this is to build an efficient system that improves your productivity. Since I realized it’s the lengthy food preparation time that makes me hate cooking (it’s not even the actual cooking itself but the preparation before the cooking), I heeded the coach’s advice and outsourced it. I am back in my parent’s house and they have a house help so I assigned the preparation process to her. For instance, she chops and shreds every item that needs to be chopped or shredded, blends every item that needs blending, washes every item that needs washing, brings out the bowls I would dish the food into, and so on. My job became just to do the actual cooking of all the food items and dish them into bowls. And voila! The cooking process became very simplified and no longer tedious.

Side note: I think one of the reasons why America isn’t for me is the absence of help. You practically do everything yourself – grocery shopping, cooking, cleaning, etc. The day I went to Ikea to buy my furniture, I had to carry them myself from the warehouse because I didn’t want to pay the $40 required for a shopping attendant to help you pick pieces of the furniture from the warehouse. Imagine larondo me carrying all the parts of a bed, table, and chair. But that’s a post for another day. So yea, my life has been greatly simplified by the presence of my parent’s help. I really hate stress in this life and I am all about relazzing and being taken kiarof. So dear future husband and unborn children, I hope you are reading this post. Please don’t stress me, edakun. I take God beg una.

As for eliminating the intense heat that made me sweat profusely as a result of cooking, I decided to start cooking very late at night when the weather is cool and it’s been working so far. I cook really late around 11 PM or later and not only do I not sweat at all while cooking, I don’t even need a fan in the kitchen. I started typing this post around midnight while making efo riro and it was the cooking process that led to this post. By analyzing the reason why I hated cooking, I was able to successfully eliminate the parts of the process I found strenuous, end up doing the parts I found easy and end up with my delicious home-cooked meals.

I think we can apply this principle to everything we say we hate doing but are required to do. For some people, they may just hate every part of the cooking process or might not have time to cook, and in that case, outsourcing the cooking to someone else entirely will be the right decision to make. For some, it’s cleaning, grocery shopping, exercising, tracking expenses, reading books, and so on. Obviously, not every activity can be outsourced like reading a book but understanding why you hate reading can make the difference between whether you read or not. It may be that you don’t find certain books interesting, which means you need to find the type of books you enjoy. It may be that you hate ebooks because they probably hurt your eyes, you would need to invest in hard copy books. If you have a mind that tends to wander while reading, then you can opt for audiobooks instead. You may need accountability partners to spur you to read and may need to join book clubs.

Another activity that can’t be outsourced is exercising, but understanding the reason why you hate exercising might make the difference between whether you exercise or not. If it’s the fact that you’re not a morning person that precludes you from exercising in the morning then you can exercise in the evening. If you hate solo exercises like walking or running, then you can attend group exercise classes at the gym. If you hate organized exercises then you can dance instead.

The point is for you not to hold the “I hate so and so” mantra without understanding why you hate it first. That might just be the key to developing the habits you know you need but have convinced yourself you’re not cut out for.