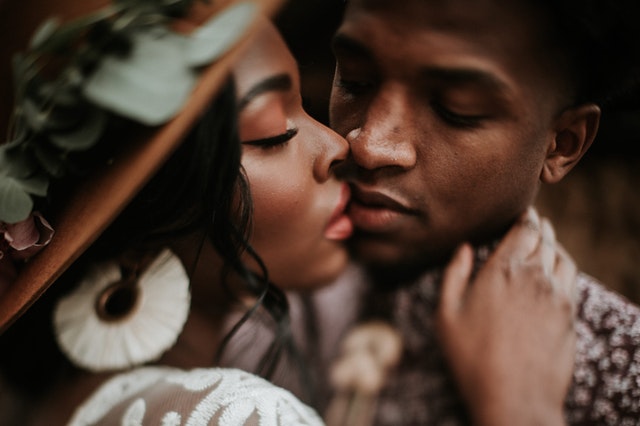 “Every woman should think of themselves this way. Baby, I want you to think of yourself as a house. There is one thing you’ve got to remember baby. Every man wants to come inside your house. Now you can’t be having every man going in and out [of] your house all the time. That brings the property value low. Mess around and be known as ‘the crack house’ and you don’t want to be the crack house. So keep the grass cut and keep it clean ‘cause you don’t want people walking by thinking you got an abandoned house. And once you find a man that loves you and cares about you, he’ll go ahead and he’ll sign that paperwork. He’ll put a ring on your finger and he will buy that house”.

Like most young adults my age and older, I didn’t get any sex education at home except stern warnings to stay away from boys. The warning was not specific and came with the African ‘home training package.’ Don’t take things from strangers. Don’t beg for food or snacks at school. Don’t ask for a second helping of food when we go visiting. Don’t take anything that doesn’t belong to you. Finish your food before you touch your meat. Don’t play rough at school. Don’t play with boys. There were no explanations. We didn’t ask any questions and we didn’t get any answers. We just knew that violating any of the commandments could mean corporal punishments, scolding, flogging, or a combination of all three.

The first time Baba caught me playing with a boy was on a hot Thursday afternoon. Maame was supposed to pick me up, she always did, and she always came early. School closed at 3:30 pm, and she was usually at the school gate by 3:25, but when I came out today, Maame was not there. I waited for her, and after a while, I got bored and started to play with Tobi, my classmate.

We were playing Baba Suwe when Tobi called out, “Your mummy is here.” I turned around to see our car approaching, but it wasn’t Maame that was in the car. It was Baba. I quickly packed my things. Baba walked towards me, looking at me as if I was walking the streets naked.

“Good afternoon Baba,” I squeaked, half kneeling in greeting. I was in big trouble. He nodded at me, then said, “Enter the car.”

I looked back to see Baba talking to Tobi. The next day, Tobi said to me, “That your father eh, He is somehow”. He did not tell me what Baba had said to him, but he didn’t need to.

The only sex education I got was at school in a Biology class on reproductive systems that left the boys smiling from ear to ear and making lewd jokes, and the girls embarrassed. Whatever I learned about sex, I learned from books, magazines, and movies, and from hearing adults talk. Their conversation – nuanced and indirect – reminded me of Bode on our street. He was cute and worldly and was notorious for chasing girls in the area. Once on my way home, he accosted me and said, “I want to park my car in your garage.” He was licking his lips and stroking his beard, and his trousers were hanging below his buttocks, revealing worn gray boxers.

“Why buy the cow when you can get the milk for free?”

Metaphors are used to draw comparisons, to illustrate, to explain complex concepts, or drive home a point by using relatable analogies.

Sex metaphors provide beautiful creative ways to talk about sex. They make for good jokes, they can be fun, playful, and teasing and add spice to bedroom talk. But they are also a reflection of cultural perceptions and reinforce stereotypes that influence and affect behaviour patterns.

It was the eve of Valentine’s Day. It was the fourth day of the week-long Godly Singles Conference. The church organized conferences every year around Valentine’s season to teach single youths the godly principles of dating and marriage.

The preacher for that day was the general overseer of the Hallelujah Parish. The topic of his sermon was How to Find your Soulmate. “There are certain principles you have to follow as a man or a woman to find your soulmate. Women, you must keep yourself pure. A woman is like a padlock and a man is like a key. If the key can open any padlock, it is called a master key. If any key can open the padlock, the padlock becomes useless”. His audience listened with rapturous silence, nodding their heads affirmatively, snapping their fingers, and saying, “Glory! Thank God for His word! Hallelujah!”

I might be talking about different things – sex metaphors and sex education but I am also talking about one thing: how our behavior and attitude toward sex are affected by language. Our orientation about sex and the roles both gender play is passed down to us and is expressed through language, euphemisms, and metaphors, and language, in turn, influences our perception of sex.

As we engage, unlearn and relearn, sexual attitudes and perceptions will change and hopefully, we can improve our metaphors.

Photo by Avonne Stalling from Pexels