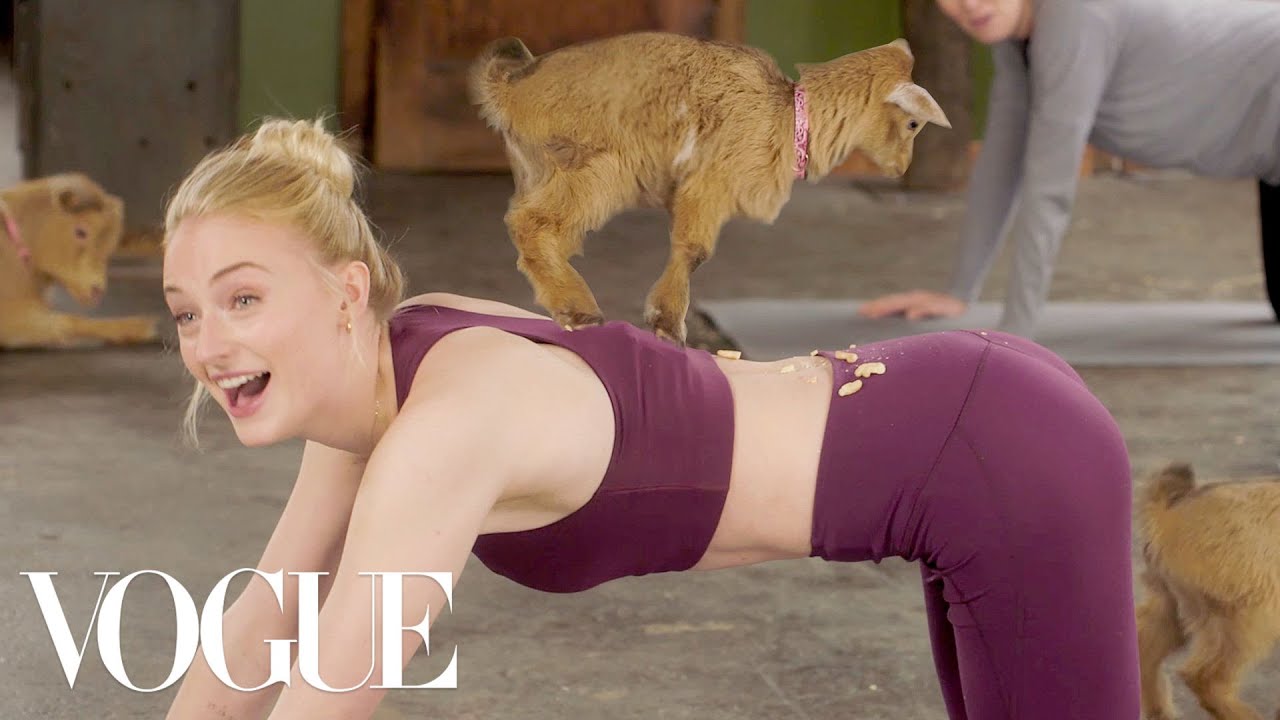 In this video, actress Sophie Turner, best known for playing Sansa Stark on the hit show “Game of Thrones“, abandoned her usual fitness regime of boxing to take on a new adventure for Vogue… goat yoga.