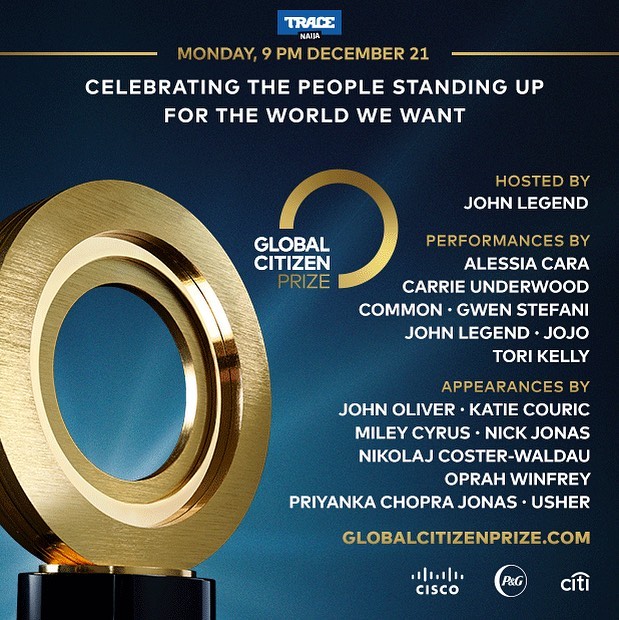 The Executive Director of Stand To End Rape (STER), Ayodeji Osowobi, the first-ever recipient of Nigeria’s Hero Award, Founder of Life Bank, Temie Giwa-Tubosun, the winner of Global Citizen Prize for Business Leader and other winners will be live on Trace Naija, today, December 21, 2020, at 9 PM for the 2020 Global Citizen Prize show.

The show will also feature other amazing appearance and performances.

You don’t want to miss it.