Firecracker Toyeen: Why Do You Want to Get Married? 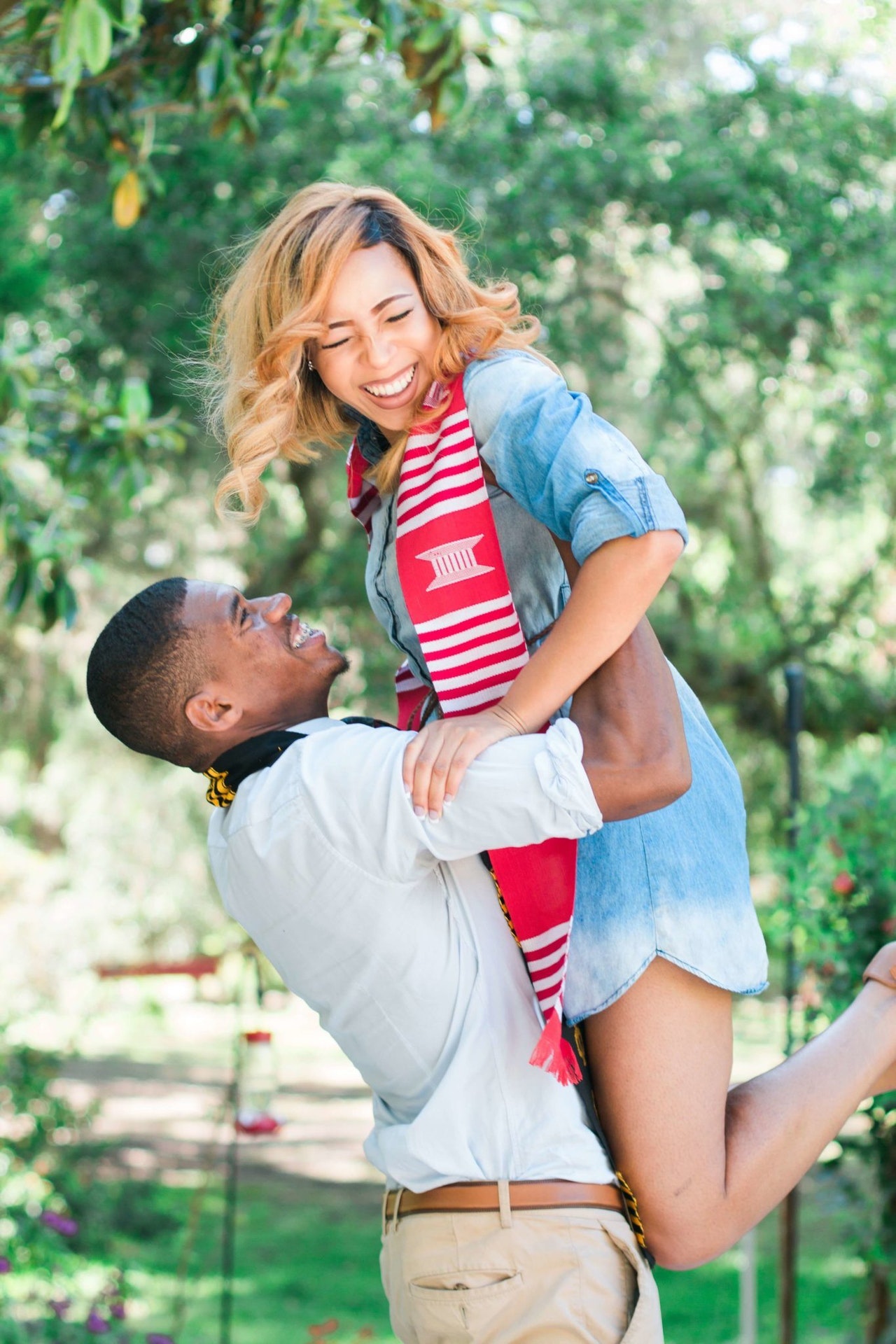 A secondary school classmate of mine got married recently, and while I was chatting with a friend of mine who also attended Shagamu the day after the wedding, she mentioned that it seems like it’s only the two both of us that are still single. About 6 of my ex-Shagamu classmates have gotten married this year so, despite the pandemic, 2020 was still some people’s year to marry. Anyway, I told her that I am the only single person I know and I don’t believe anyone else is single. Even if any of my sisters present me with wedding invitations tomorrow, I wouldn’t be shocked. Experience has taught me that the people you are shouting “God when” with are not always in the same single-to-stupor state as you. Anyway, she mentioned that she is just tired of being single and her prayer to God is that whatever is keeping her from getting married on her part (you know how you sometimes hear that the reason God hasn’t blessed you with something you’ve been praying for is that you haven’t learned what you need to learn?), God should reveal it to her.  We talked more and the following day, I started to think about this whole marriage issue.

I definitely want to get married and birth mini-firecrackers but I sometimes feel like, at 34, I don’t have the same sense of urgency to marry as some of my mates have. So I asked this friend of mine to send me a voice note on why she wants to get married, just to know if there are objectives of marriage that I am not aware of and perhaps if I were aware of them, I would be more eager to get married.

I listened to a 10-part series teaching on marriage by Timothy Keller way back in 2013 and read the book from the series titled, The Meaning of Marriage, and I think both the sermons and the book just made me aware that marriage is a big deal; it is not to be joked with. There were two major things I took away from both resources: the ultimate goal of marriage for believers is to help one another become like Christ and the marriage between a husband and a wife ought to mirror the relationship between Christ and the church; marriage is so deep that if everything else around you (like work, health, finance) isn’t fine but all is well with your marriage, then all is well with you. But if everything else is fine but your marriage isn’t fine, then all isn’t really well with you. Essentially, marriage can make you or break you. The latter shocked me more because I don’t like unnecessary pain and suffering. There is this Yoruba proverb that goes “orisa bo le gbe mi, se mi bo se ba mi.” It means a person is telling the gods that if they can’t make her better, they should leave her be and not make her worse. This is my attitude towards marriage now; if it isn’t going to make me better then it should stay far away and not steal my joy. There’s this song by Fabolous feat. Neyo titled, Make me Better.” The chorus goes:

“I’m a movement by myself

But I’m a force when we’re together

Mami, I’m good all by myself

But, baby, you, you make me better”

This is currently where I am at right now in my attitude towards marriage. Anybody that won’t make the “movement by myself” that I am a force or make me better should just stay in their lane, biko. I definitely feel that Tim’s sermon and book are responsible for my current attitude towards marriage, especially because it’s a two-way street – I also have to make the person I am with better as they make me better, and honestly, I am not prepared to handle that level of responsibility yet. (I hope my mummy and daddy don’t read this post. 🤣) I am working to get there soon though by the help of the holy spirit because I don dey old.

Back to my friend and me. She sent me those long voice notes I asked for and these are the reasons she shared with me for wanting to get married:

As hard as it is to hear, women’s bodies change as they grow older and though you can birth a kid at any age because we can’t limit God, our bodies respond better to giving birth when we are younger. She once told me her mum used to say “a woman is like a flower” to illustrate the point about women’s bodies having a season where they bloom and a season where they start to wither with respect to child-bearing to try to urge her to get married and how she used to “yinmu” in response. However, she has noticed her body changing and wouldn’t want age to hinder her from conceiving or causing complications at childbirth. I definitely agree with this reason because me sef want to born before I am 40. All things being equal, my desire is to marry at 35/36, birth a boy and a girl 2 years apart at age 37 and 39, close shop afterward by having a tubal ligation.

My mum sent me an article last year about how being overweight affects fertility in women and I laughed it off only for me to confirm from my doctor friends that it’s true. I won’t even lie to you, this is one of my greatest motivations for losing weight because I don’t want my weight to be the reason why I wouldn’t birth kids. I also read an article some months back where a female doctor recommended women have their kids by age 35 as pregnancy becomes more complicated beyond that age and you would need special attention from your doctor. I thought she was just saying nonsense until my doctor friends confirmed it again so yea, I want to marry and bear children before I am 40 so I don’t have to go to Shiloh but, of course, there is absolutely no guarantee that things would work out as planned. Some women get married in their 20s and don’t give birth until their 30s or 40s but my desire is what I’ve written above.

We aren’t supposed or wired to do life alone because even the bible says God made us male and female. Timothy Keller also mentioned that one of the purposes of marriage is for deep friendship and sometimes, same-sex friendships can meet this need for companionship to a certain extent but never to the level of marriage. There’s also the hope that marriage would curb loneliness but again, she’s heard from married couples how you can be lonely in marriage and loneliness while married is even worse than loneliness while single. It’s important to marry someone who is your friend, who enjoys your company and you enjoy theirs, and with whom you are compatible so you don’t end up being lonely in your marriage. For the longest time, I also wanted to marry to curb my deep feelings of loneliness but to be honest, in the past one year since Jesus opapaparad my life, those feelings of loneliness have mostly disappeared (good friendships, and maybe even Instagram and books may also be partly responsible for this) and that longing for a boo mostly arises when I see cute pictures of couples on Instagram or I am around clingy, annoying couples 🙈. There’s also the fact that I live in Lagos surrounded by my family and friends. Loneliness was very pronounced when I lived in America because I felt pretty isolated and I am 100% certain that I would be more desirous of marriage if I still lived there.

To help you achieve your goals and purpose

Two heads are better and can go farther than one, and when you have someone supporting and encouraging you to be the best version of yourself, it goes a long way in helping you achieve your goals than if you were doing it alone. That’s the third reason she gave for wanting to get married. I understand that feeling of having a cheerleader who sometimes believes in you even more than you believe in yourself and acts out that belief. However, sometimes, one person’s goals take the back burner in marriage while the other person pursues theirs. Case in point: Michelle and Barack Obama. In the memoir, Becoming, Michelle Obama put her career on hold so Barack could be POTUS. At some point in the marriage, someone’s goals may have to suffer at the expense of the other while no such restrictions would have existed if s/he remained single. That compromise may have to happen (it doesn’t always have to be the woman though) and when it comes to career goals, you may not both always fly together and progress at the same speed. One can support the other to progress quickly, and this may be harder for some to agree to than others. But being with the right person helps you make that decision to either agree to both work to fast track one person’s career to the top or you can both agree to progress at the same pace.

If one party does aspire to lofty heights, like being the first black president of the US, it’s easier to achieve that goal with a supportive partner – there’s no hard and fast rule to this though. Kamala Harris didn’t marry until she was 50 years old.  I believe the sacrifice should be mutual and seasonal though so that in the long run, both partners would have achieved their individual goals and one person doesn’t feel like s/he received the short end of the stick. I also believe the decision to put one’s career or other goals on hold for the achievement of the other’s goals should be the decision of the one who is making the sacrifice not the demand of the other party.

Photo by nappy from Pexels

The post Firecracker Toyeen: Why Do You Want to Get Married? appeared first on BellaNaija – Showcasing Africa to the world. Read today!.