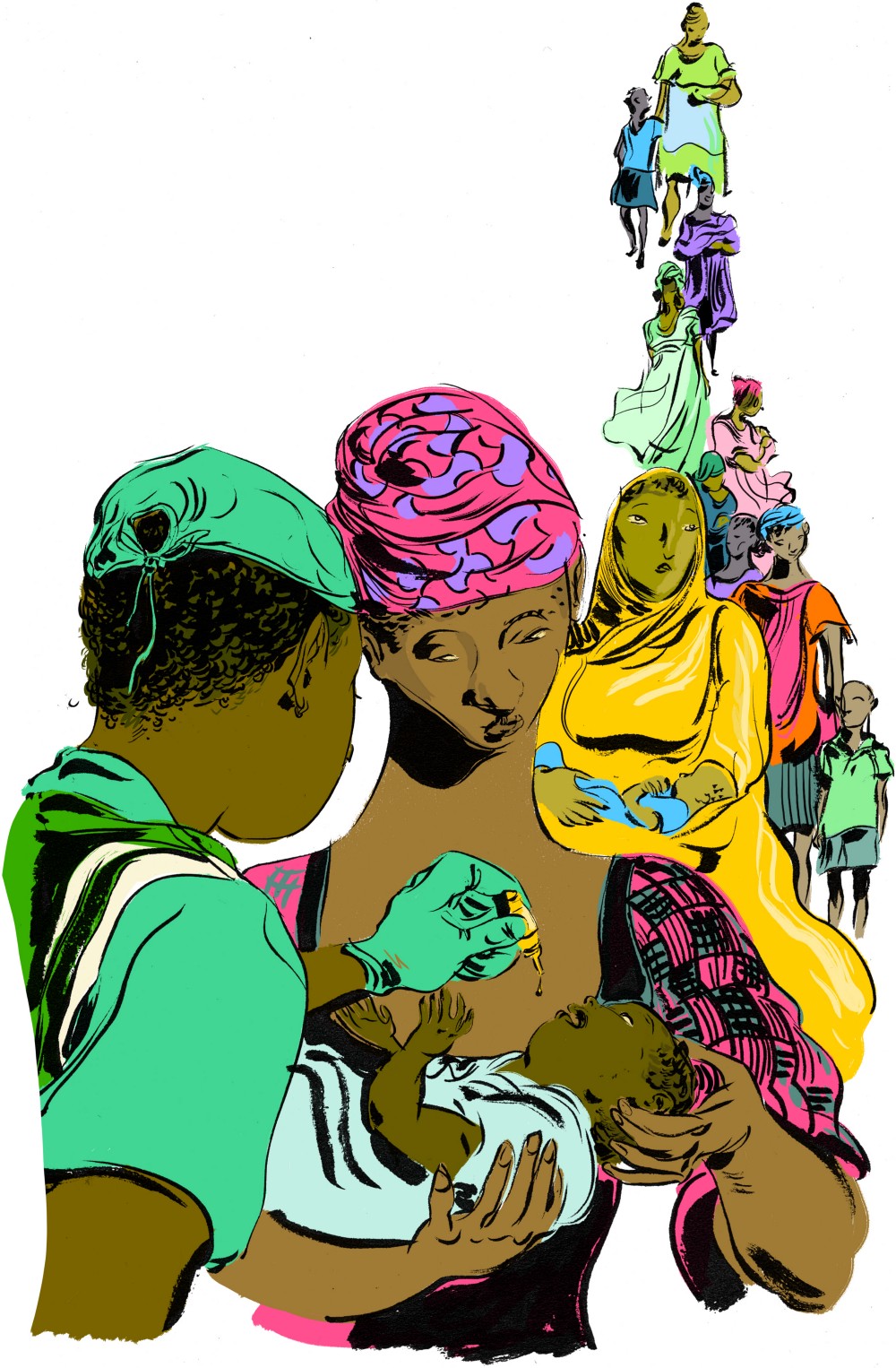 “How softly the rain fell that Monday morning when my water broke. Because I was used to the raging downpours of Lagos, this quiet patter calmed me, filled me with peace. My husband Omoregie was at work and so our neighbor took me to the hospital, my dress slightly damp, my heart full of expectation. My firstborn child.”

As I read the opening of Chimamanda’s latest story, Olikoye, my lips curled into a smile and my heart was full of anticipation; I had assumed she was talking about how she was delivered of her baby. But Chimamanda Ngozi Adichie’s Olikoye is much more than that. While the story does not talk about any of Chimamanda’s personal experience, it is quite obvious that the man – Dr. Olikoye Ransom-Kuti, a former Nigerian Health Minister  – whose story is told in this essay was quite revered by many and precious to the character of the story.

Common with Chimamanda’s style of writing, Olikoye is a simple, easy-breezy story, yet filled with so much depth and strength. Barely a 10-minute read, every reader can get to know a lot about the physician, Olikoye, without having to flip through pages of history books.

There are several themes I can pick from this story: ignorance, religion, health – especially the beauty of science and modern medicine, family, good leadership, humanity, and so on.

Growing up, we all heard the stories of abiku children who only came to see the world, realised they didn’t want to stay here, and then decided to return to the gods. Many times, we have also heard of how women, whose children die shortly after their birth, are accused of eating their babies. And then there’s the religious part where, rather than look for the solution to health problems, people decide to pray their way to healing.

It took mere moments. A baby’s small open mouth and a drop of liquid. A baby’s warm arm and a small injection. It took that to save the lives of the babies born that year in my village, and in the villages around us and those far from us, in Calabar and Enugu and Kaduna.

In Olikoye, the breakdown of the technicalities of vaccination into simple narratives is amazing. What the villagers thought is caused by witches is what a drop of liquid and a small injection cured. Amazingly is how this cure also spread into other parts of the country. We wouldn’t be wrong to say Olikoye saved Nigeria and Nigerians.

For me, the most significant part of this story is in one single line: “The Minister treated all of us like human beings,” he said. “Like human beings.” Guys, this sentence broke my heart and, at the same time, made me happy. We live in a country where many people in power treat citizens like shit, so to hear of a man who never for once abused his position gladdened my heart. No wonder older people keep talking about the good old days. Still, I was hurt that the character’s father was happy that someone treated him like a human being. I mean, this shouldn’t come as a surprise, it should be the norm, right?