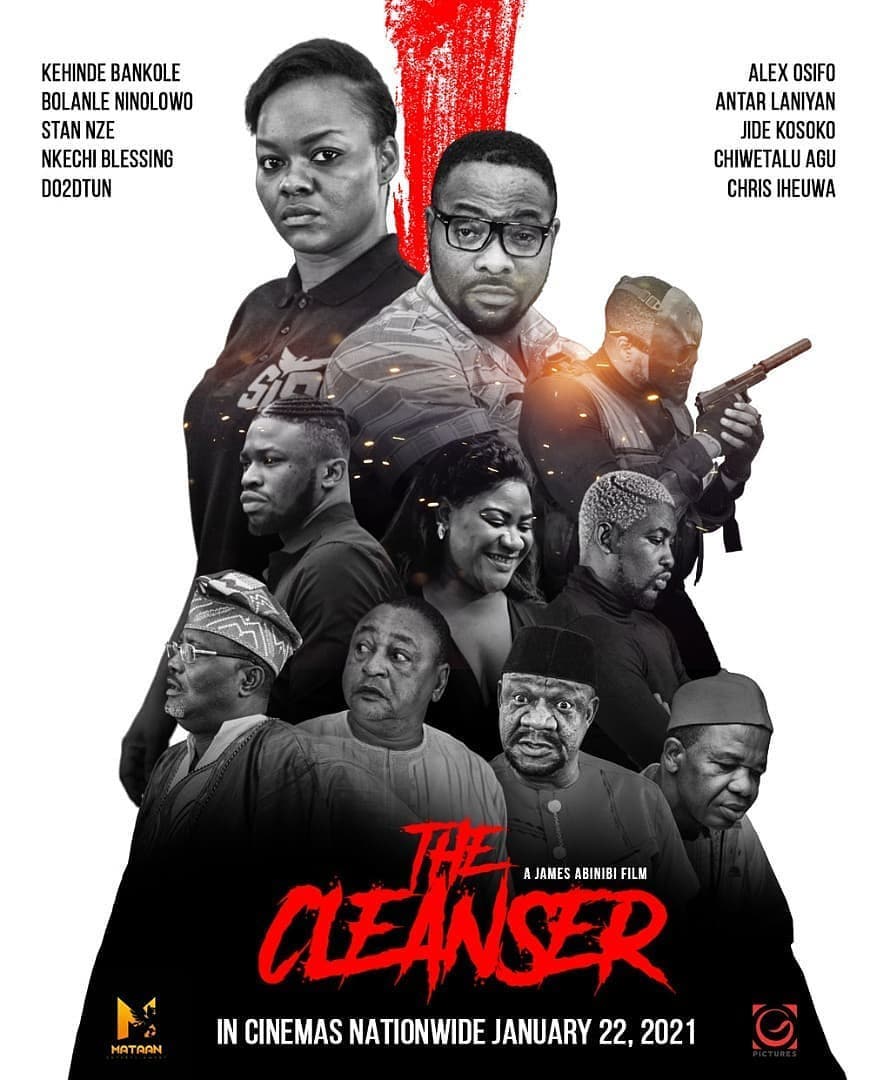 Written, Produced and Directed by James Abinibi is adding another title to his film catalogue as he officially gets ready to premiere his new movie “The Cleanser“.

The movie is set to take premiere in cinemas nationwide on Saturday, January 22, 2021.