Malta Guinness Celebrates the Resilience of Nigerians in the #MaltaJourneyToGreatness 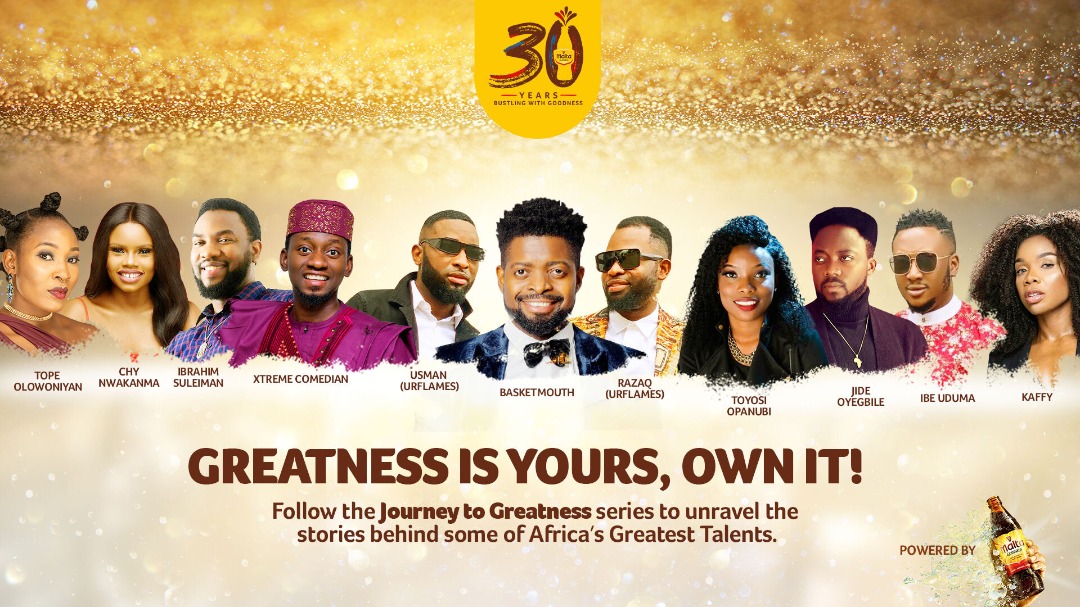 Journey to Greatness follows the motivating stories of Nigerians who defied odds and excelled in their chosen fields. The series spotlights the career journey of these talented individuals and highlights their trials and truths, as well as the significant role Malta Guinness played in their growth, development, and career.

Highlights of the series was the fifth episode featuring Basket Mouth, who shared a chronological story of how he started as a comedian to where he is right now, holding, the titles Comedian, Actor, Producer, Brand Ambassador, etc. under his belt.

The inspiring Journey to Greatness stories showcased the power of hard work and consistency, as well as the need to create opportunities for other people and lift them up. The thrilling mini-series also inspired millions of exciting and conscious social media conversations. To crown the powerful series, Malta Guinness shared goody bags and gift vouchers weekly on social media with keen followers of the short-film.

For three decades, Malta Guinness has celebrated Nigerian creatives and Malta Journey To Greatness is the brand’s token of gratitude to everyone who has been a part of our incredible journey. With the series, Malta Guinness renews its commitment to celebrating Nigerians and sharing goodness with consumers.

The post Malta Guinness Celebrates the Resilience of Nigerians in the #MaltaJourneyToGreatness appeared first on BellaNaija – Showcasing Africa to the world. Read today!.