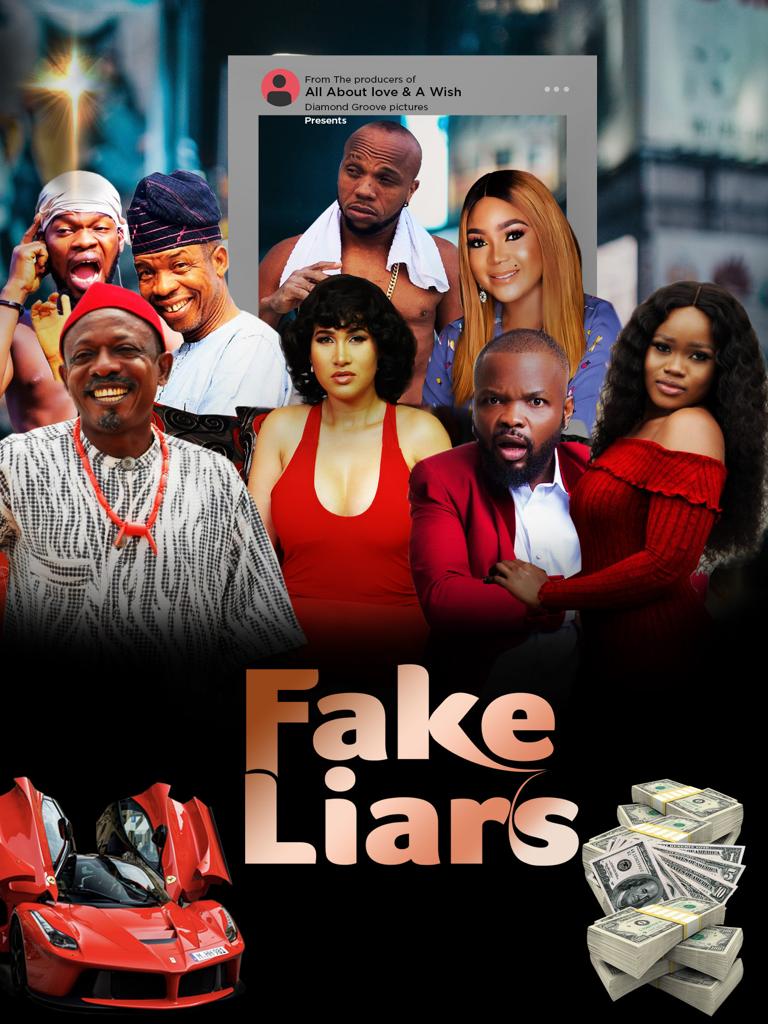 ‘Fake Liars’, directed by multiple award-winning movie director, Elvis Chucks is now live and streaming on Amazon.
The movie ‘Fake Liars’ tells the story of the quest to impress and the social media pressure to please others in modern-day society. However, they mostly turn out to be fake and professional liars whose desire for self-validation leads them to almost destroying the most important things in their lives.
The movie features Nollywood superstars including; Nkem Owoh, Broda Shaggi, Nedu, Cee-C, Charles Okocha, Adinma Somadina, Hafiz Oyetoro, Racheal Okonkwo, Caroline Danjuma, among others.