What Can We Do About Inflation in Nigeria? 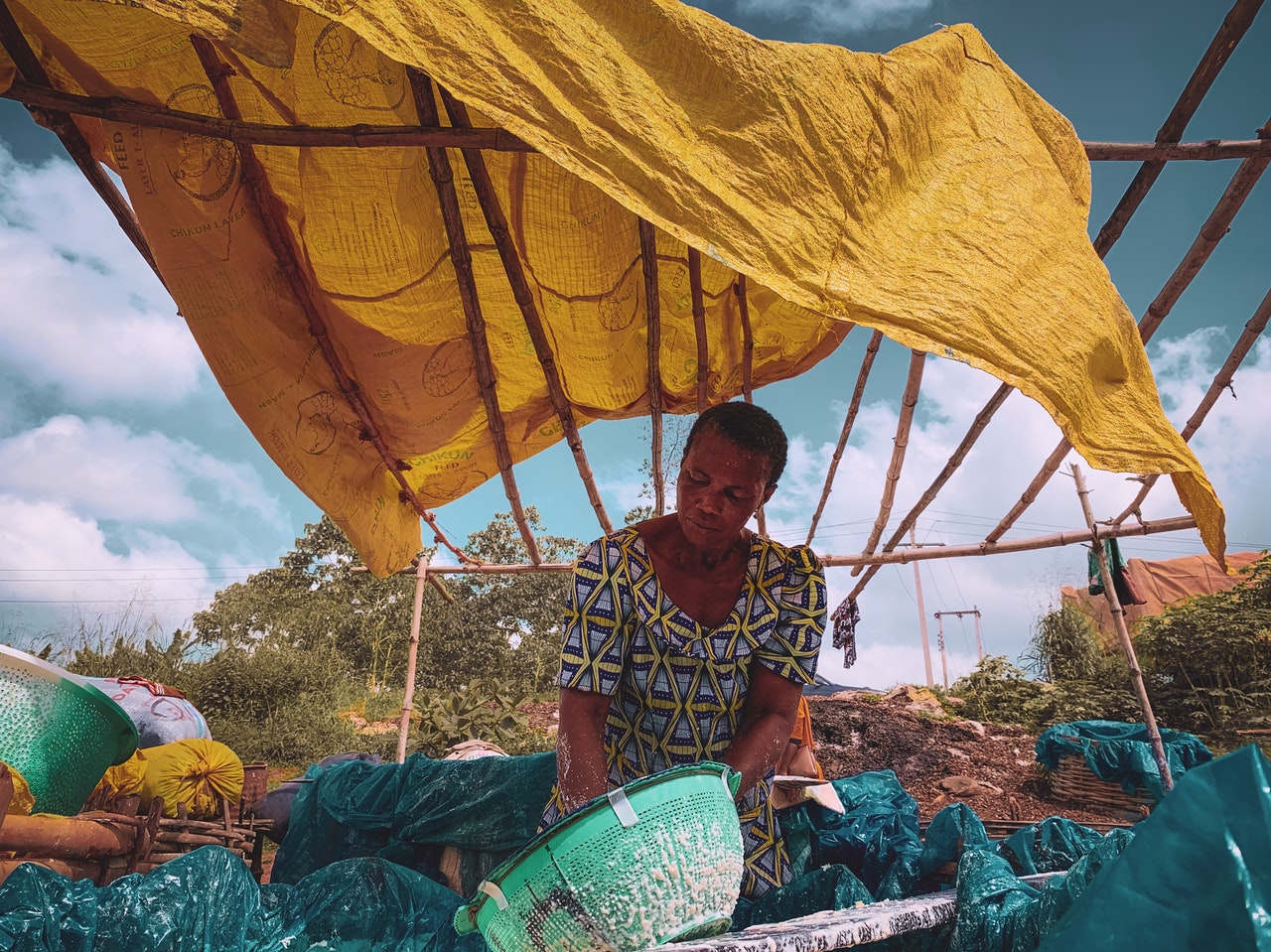 As a kid, two of my favourite snacks were Coasters and ‘Pitit’ (I cannot remember how it’s spelt). A pack of Coasters had about 8 thick, circular biscuits in it and Pitit had fat and long wrappers filled with creamy, mouth-watering milk. I would spread the milk on one Coasters biscuit and place another on it. Good times.

Last week, I sat in my neighbour’s little provision store that was home to different coloured packs of biscuits and sweets and stared at what had become of Coasters. The carton of Coasters biscuit sat at the far left, each pack having just three flat and light pieces in it. It was 10 Naira. The one of 20 Naira had about 6 pieces but were at least better in size and thickness. The Pitit I used to know is now something called Milky or Choba, a cream-coloured liquid that has more sugar than cream. A tiny little Kopiko is 10 Naira and sweets that used to be 1 Naira are now 10 Naira each.

I have always known that prices of goods and services have shot up and are still shooting up, but sitting in that shop, the realisation hit me strongly: inflation is pummeling us hard and the prices of goods are moving higher than our pockets can cope. In the university, I used to buy a pack of noodles for 30 Naira and an egg for 20 Naira. Today, the smallest pack of noodles is about 80 Naira and an egg is 50 Naira. Sanitary pads used to be 150, now the cheapest one is 400 Naira.

Food items like rice, beans, garri, yams are so expensive and while these are obvious, perhaps because they are things we consume every day, I noticed inflation more in the little things we used to take for granted – things like sweets. Banana chewing gum used to be one Naira, now it is 10 Naira. These things are more expensive and have little quality. Even in our soft drinks, we can see the difference. Taking some bottled drinks is almost akin to pouring a sachet of Eve or Nutri-C into a drum of water. In 2021, we are paying more for items with lesser qualities. There’s a problem and we are not talking about inflation enough.

Sometimes, I believe Nigerians have superpowers to cope with anything, yet as I paid 250 Naira for a sachet of beverage and milk that would have cost me 80 Naira some years back, I wondered if the demographic of people living in extreme poverty could afford it. The answer is clear: no, they cannot.

The scary thing about inflation, for me, is how it is steadily on the upswing and how we silently accept it without fighting back. It has become our daily reality and it is sad. Just this week, my family wanted to buy iron rods for a project we’re working on. After making inquiries from someone who got it in September, we went to the market just to discover that one iron that used to cost 6,000 in September is now 10,000 Naira. That’s about a 40% increase in just five months.

I now pay 200 as transportation fare for a journey that, just last year, was 100 Naira. Going out in Lagos is an extreme sport, when you think of the thousands of Naira you will spend when you step out of your house, you will just sit down quietly and enjoy your Netflix. But even as I write this, I recognise that being able to watch Netflix is a privilege, one millions of Nigerians do not have.

It is bad enough that the minimum wage is not increasing and even now, many states are struggling to pay up, pensioners are not getting their pensions, salaries are not increasing, young people are not getting jobs, still, prices of goods and services are shooting up fast. Should we talk about housing in Nigeria, especially in Lagos and Abuja?

To worsen it, many government policies and economic models are shutting down businesses and plunging more people into poverty, and the silence of Nigerians is enabling this incessant cataloging of economic mistakes and failures. For instance, the okada ban in Lagos State had ripple effects: unemployment shot up when at least 800 drivers were left without any source of income; an estimated ₦42 billion was lost; the cost of transportation shot up and low-income earners were further plunged into poverty; many investors also learned to avoid a state with policy inconsistencies.

In October 2019, the Nigerian government closed its borders to the movement of goods in a bid to curb smuggling. In the process, many people lost their jobs, prices of food items skyrocketed, we were plunged into a recession and many Nigerians became poorer. In December 2020, the government then decided to reopen four land borders at Seme, Illela, Maigatari, and Mfun, but the damages have already been done. Prices of goods haven’t reduced, more people are still in poverty and smuggling hasn’t been curbed. The Nigerian and Lagos State government may have moved on, but the people are still feeling the sting of these policies.

In the midst of so much insecurity and the many problems plaguing the Nigerian people, it is understandable that we get fed up and instead pray that we should be able to afford to buy items no matter how expensive they may get,  but we cannot rule out the advantages of having a government that gets it right and a system that works for all.

I have no solution to this, but rather than accept things the way they are, let’s lend our voices and apply pressure where we can. Let’s push for better economic policies, decisions, and regulations. Let’s be active about making better individual financial decisions, and above all, let’s be proactive about voting in leaders who are not stuck in the stone-age.

The post What Can We Do About Inflation in Nigeria? appeared first on BellaNaija – Showcasing Africa to the world. Read today!.