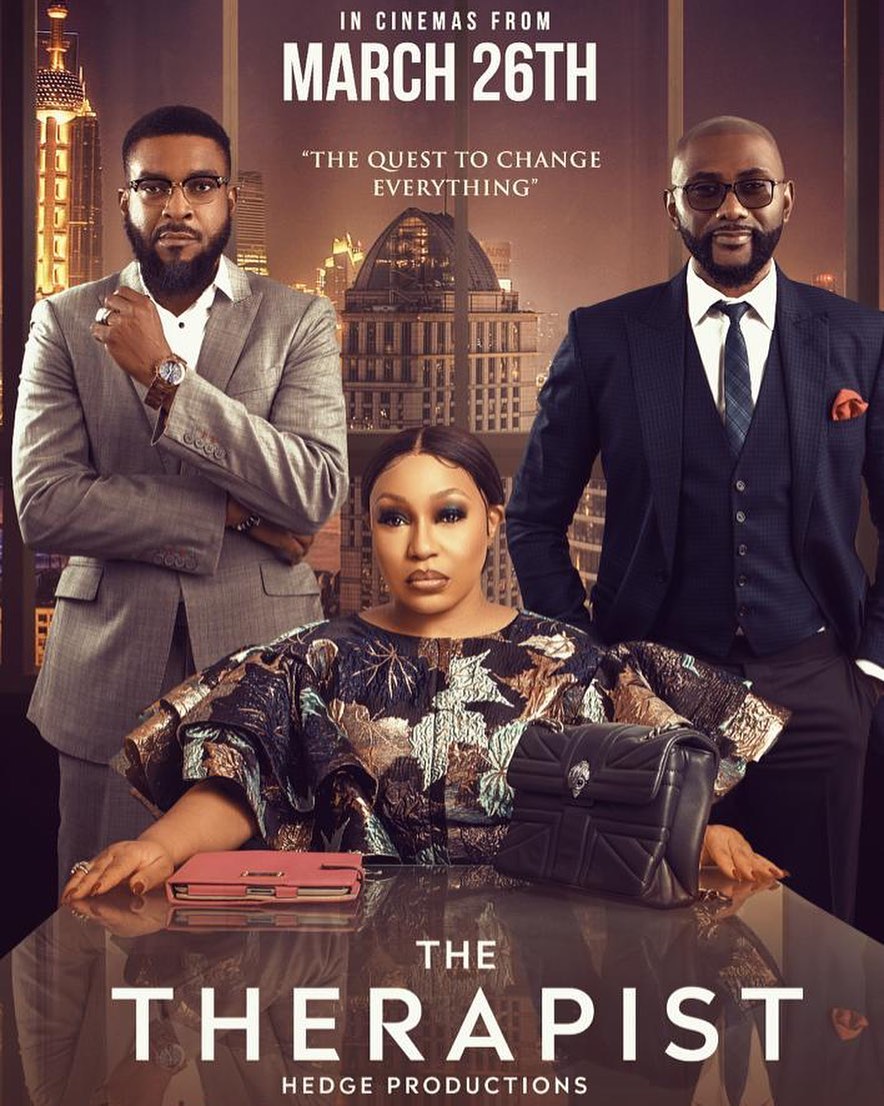 Genesis Pictures and Hedge Productions has created another magic just for you.

A new drama film “The Therapist” will hit the cinemas from the 26th of March and the official trailer has just been served.

This movie follows the amazing story of a young lady who makes a stronger comeback by helping unhappy married women get through their setbacks, after losing everything to her abusive ex-husband. It unravels the length a woman on the quest to change everything will go to while exploring the diverse ways love, betrayal and marriage take their course. 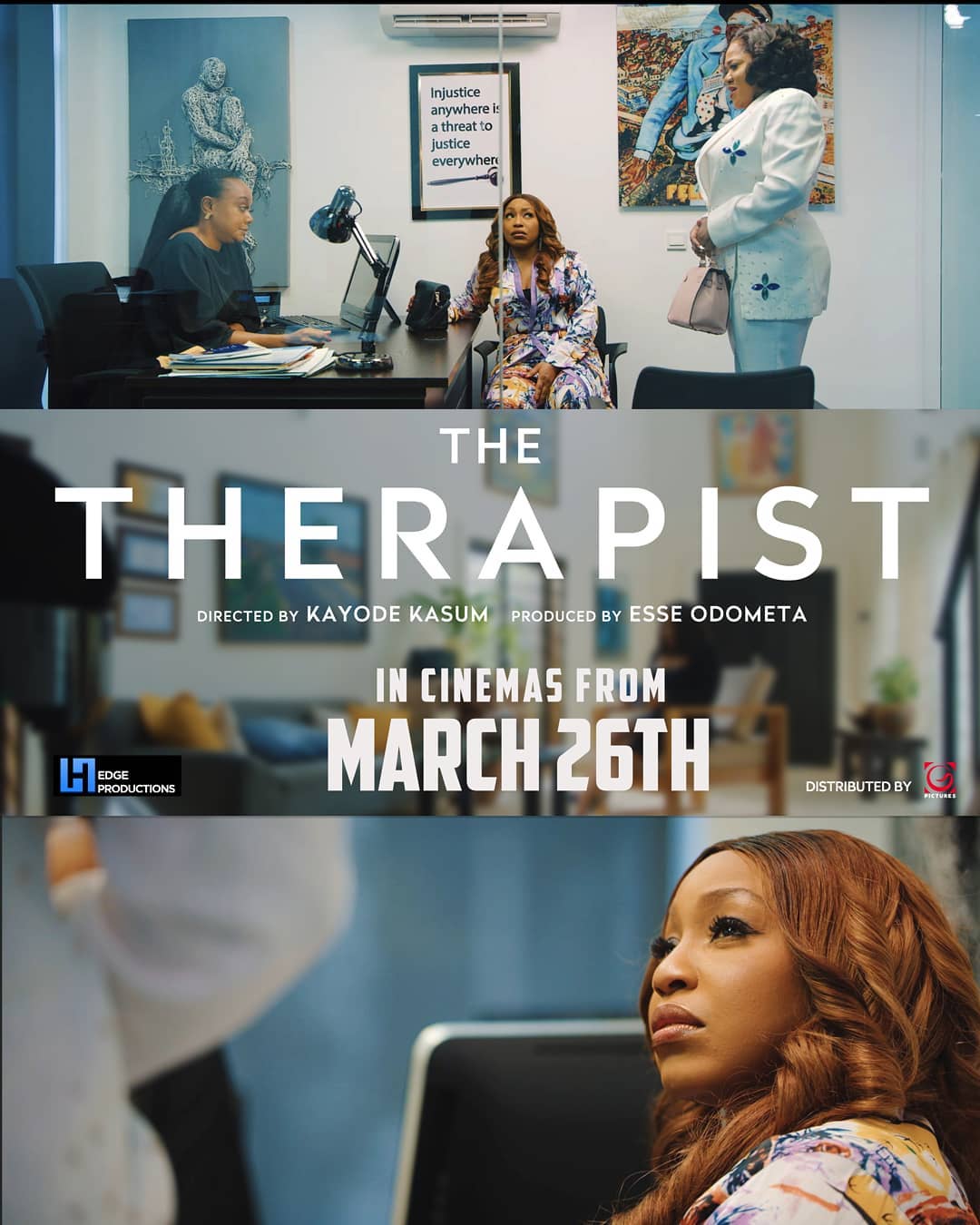