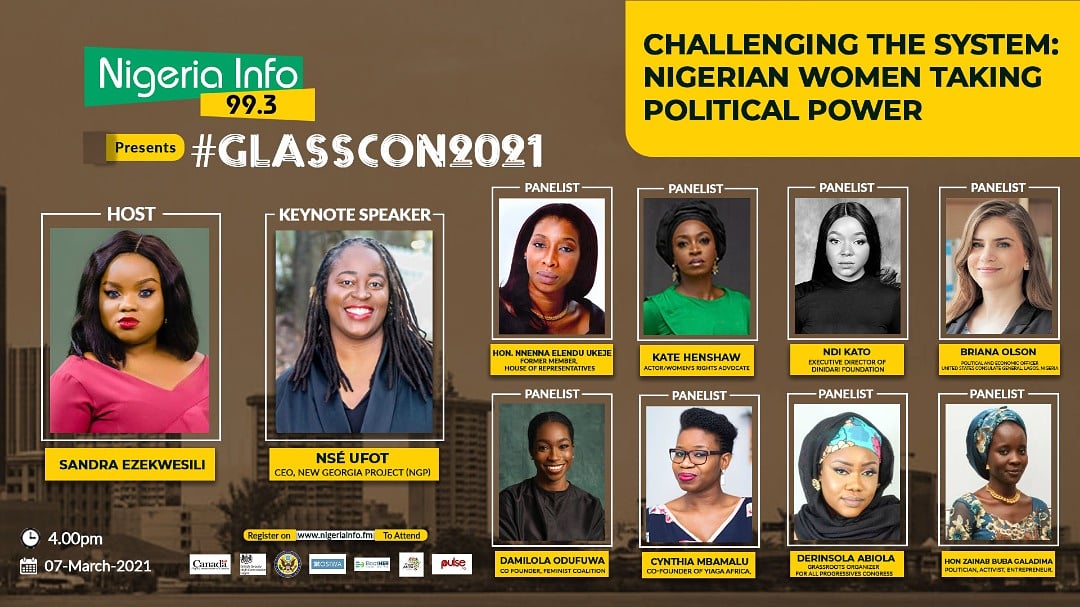 The nation’s first talk station kicks off events to mark a decade of premium conversations with the first edition of the Glass Ceiling Convention holding on Sunday March 7th at 4pm, in commemoration of International Women’s Day.

The keynote speaker is Nse Ufot, CEO of the New Georgia Project, a US-based civil society group that helped register over half a million voters in the last election cycle, mostly women, youths, and people of color.

The NGP’s work led directly to the victory of the Democratic Party in both Georgia Senate races this year. Ufot will be sharing insights from that project, including:

Panelists include women who have enjoyed success in active politics, have experience with mobilization and campaigning, or want to apply their success and experience in other fields to the goal of achieving political parity for women. They include:

Hosted by Sandra Ezekwesili, the Open Society Initiative for West Africa, ElectHer and the UK and Canada High Commissions as well as the US Consulate General are partnering with Nigeria Info for this event.

Registration is ongoing at www.nigeriainfo.fm/register

The post Here’s how You can attend the ‘Glass Ceiling Convention’ #GlassCon2021 hosted by Sandra Ezekwesili | March 7th appeared first on BellaNaija – Showcasing Africa to the world. Read today!.