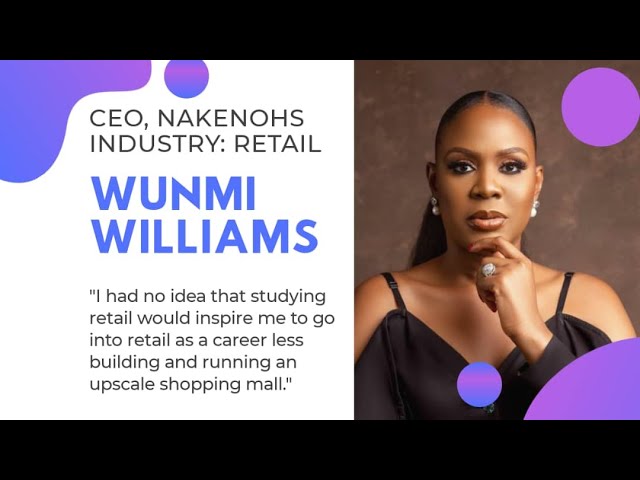 This week on “Under 40 CEOs“, Familusi Akin Babajide (FAB) talks with Wunmi Williams, the CEO at Founder at Nakenohs Boulevard.

Wunmi Williams grew up in Lagos, Nigeria from where she would eventually leave for the University of Surrey where she bagged her bachelor’s degree.

She would later return to Nigeria to start a fashion retail business that launched from out of the boot of her car.

Over 10 years later her portfolio of businesses has grown to include a premium upscale mall sitting on prime real estate in Ikoyi, Lagos.

The post Wunmi Williams of Nakenohs Boulevard is the Latest Guest on “Under 40 CEOs” appeared first on BellaNaija – Showcasing Africa to the world. Read today!.