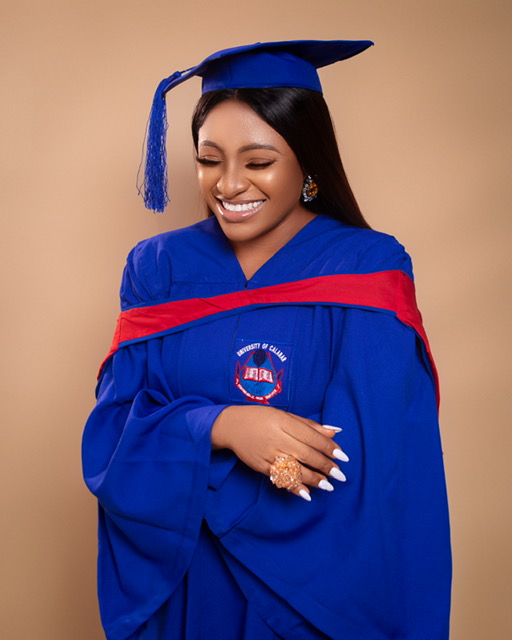 Many times, life throws balls at us when we’re already juggling some and it feels like to catch one, we have to let go of another. A tough concept to accept, especially when we have the will and capacity.

In a society like ours where being female oftentimes suggests that one has to give up her dreams to fulfil marital responsibilities, it gladdens our heart to see these norms rewritten and proven to be untrue on several occasions  by bold women like Colette Offiong Bassey.

Collette Offiong Bassey recently graduated from the University of Calabar as the only first class student from Linguistics and Nigerian Languages in 20182019 and according to sources, the first ever to in the history of the department dated back to 1977,” a post on her Instagram page reads.

This is an amazing feat to attain. But what makes it even more fascinating is that Collette was heavily pregnant and almost due for delivery when she wrote the exams. “I remember finishing exams on a certain Wednesday and giving birth that Saturday,” she recounted the experience which she says “was one hell of a ride but it ended in praise.”

It may not have been a rosy ride all through, but from what we clearly see, she finished strong! And “after God”, she has her husband who “pushed me hard and gave me great support,” and the rest of her family to be grateful to for being a great support system.

“It’s never too late to achieve excellence, you just have to start. Take the step, whatever it is,” the proud scholar encouraged those inspired by her story to go forth and achieve.

We had an exclusive interview with Colette Offiong Bassey, the First Class honours degree holder in Linguistics and Nigerian Languages making us super proud. 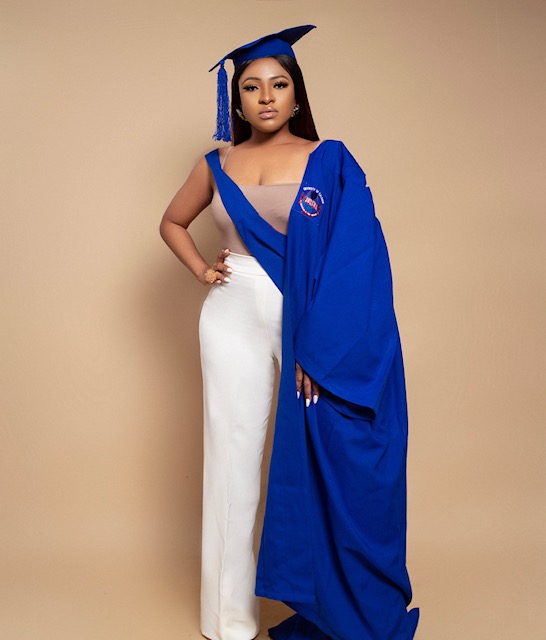 Collette talks to BellaNaija about being the first person to bag a first-class degree from her department and studying for her exams while she was pregnant. She also shares encouraging words for pregnant and nursing mothers who are students and gives us insight into what’s next for her.

You are the first person ever to bag a First Class degree from the Department of Linguistics and Communication Studies, how does that feel like?

Tried to express how I feel to myself and have failed honestly. But I’ll summarize how I feel by saying I’m overwhelmed. Obviously beyond happy but mostly thankful. To God for strength and grace, to my husband for his push and encouragement and to the rest of my family for all their support.

We’re sure studying and writing tests/exams while pregnant must have been tough. How were you able to keep going?

Interest, hunger! What kept me going was how bad I wanted to succeed. Wanted it badly and that gave me the fuel I needed to keep the engines running. My millinery Business  @tushstores had to suffer here and there, some friendships strained but even though I had a million reasons along the way to relax my desire to succeed gave me a Greater reason to keep pushing. That and God’s grace, I can’t say that enough. 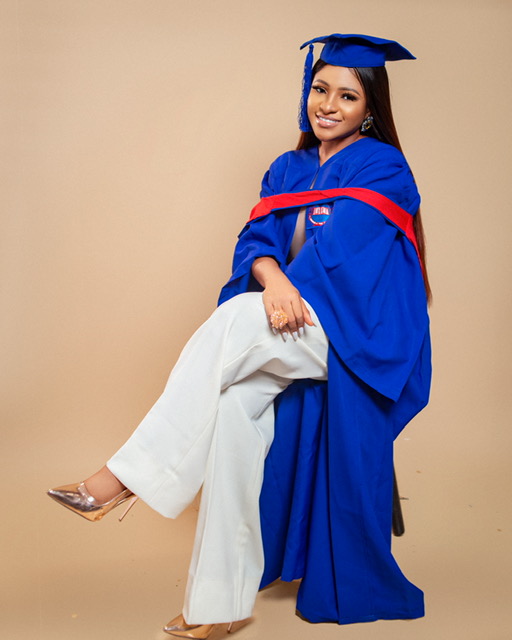 If you could say a few words that’ll encourage pregnant and nursing mothers who are students and help them succeed in class, what would they be?

If it’s worth doing, do it well! When you want to quit, think of the success story you won’t get to tell your children and others in your sphere of influence.
Don’t be afraid or ashamed to ask for help so you can have time do what needs to be done. Because there are no two ways about it, you have to put in the work no matter what you have going on.

It may be harder for you like it was for me, as I remember I once prepared for an exam in a hospital room nursing my son back to health, but instead of making what could be frustrating an excuse, make it your reason to push harder so that at the end of the day, you get to think back and know how unbelievably strong you are, and hey that will make your story a pinch more interesting.

What’s next for Colette Offiong Bassey?

Colette Offiong Bassey is on to the next goal. Climbing the academic ladder all the way to the top by Gods grace. Keeping an open mind, open to opportunities that may come my way that I resonate with. 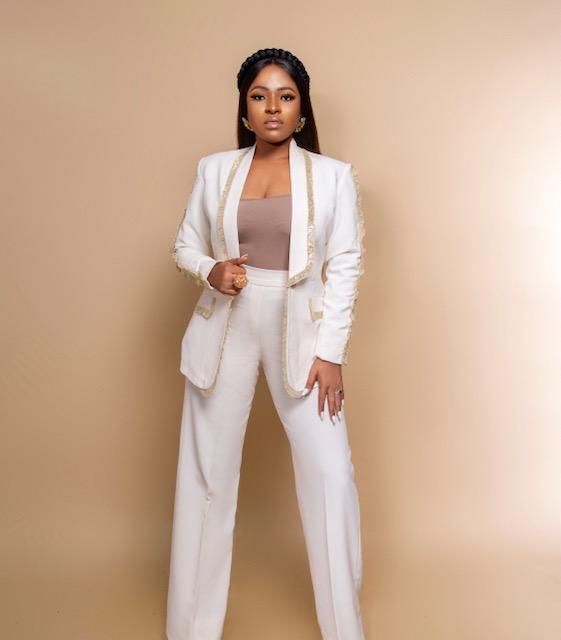